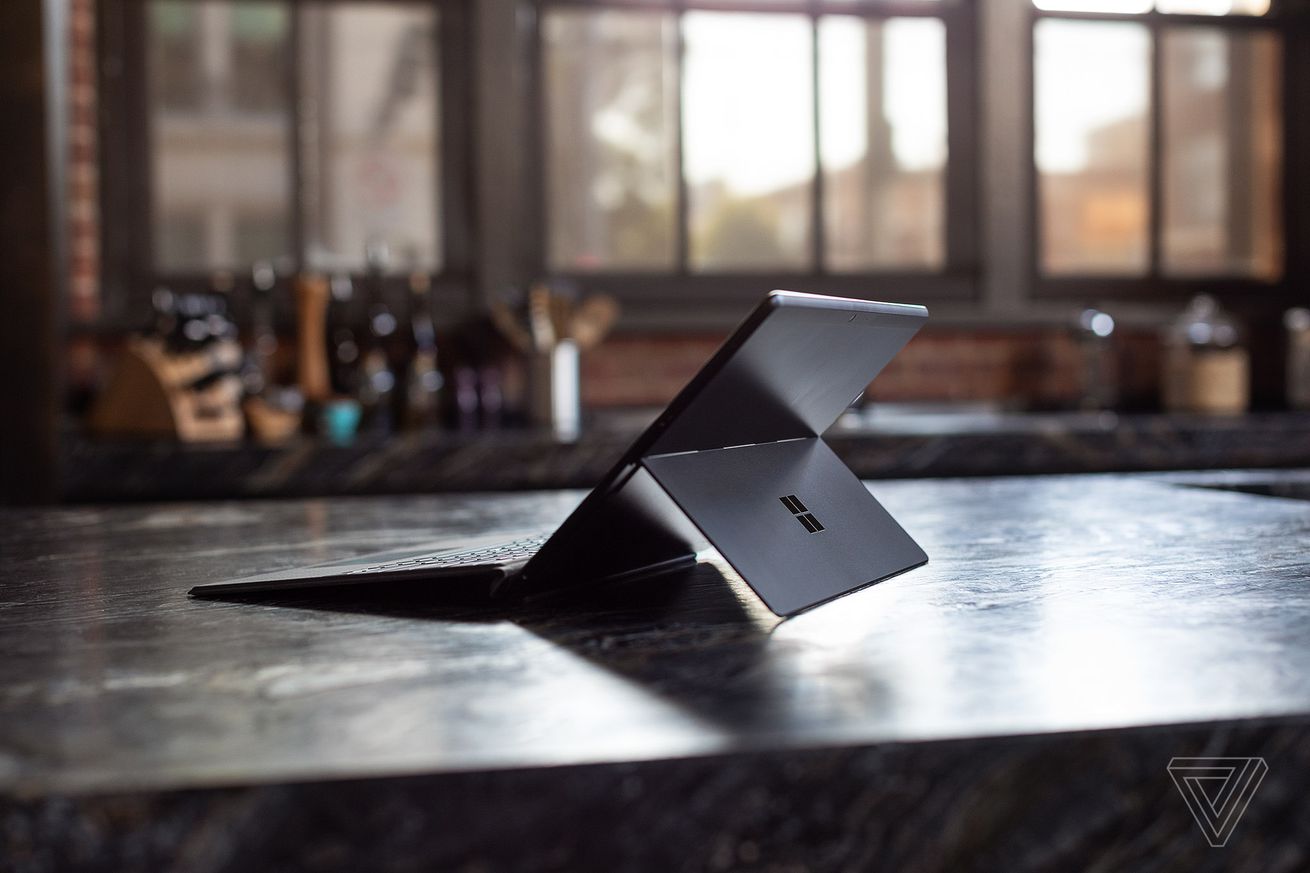 Photo by Vjeran Pavic / The Verg

I’ve been revisiting the Microsoft Surface Pro X ever since the Chromium version of Edge became official — though what I’ve been using is the still-in-Beta version of the browser that runs natively on the Pro X’s ARM chip. My opinion hasn’t changed since November’s review: it’s still an overpriced machine that is nice to look at but frustrating to use because there aren’t enough apps that run natively on its chip.

I just want to make that very clear at the top — that this is not a machine I recommend — before going any further. That’s because what I’m about to say could be misconstrued into buying advice. It is not. Here goes.

The Surface Pro X is the best, most extravagant Chromebook I’ve ever used — except for the pesky facts that it doesn’t run Chrome OS, and I’m not using Chrome on it; I’m using Edge.

What I mean is that I’ve been using the Surface Pro X like I use a Chromebook. I’ve been using web apps for the vast majority of my computing tasks, but every now and then, I’m using a Windows app when I need it. That’s how I use Chrome OS: web for nearly everything, Android in a pinch.

If you limit yourself to using the Edge beta for most tasks, the experience of the Surface Pro X flips from frustrating to freeing. It’s a small shift in thinking: instead of under-performing as a Windows tablet, it’s radically over-performing as a Chromebook.

The SQ1 chip may be ARM-based, but since the browser is compiled for it, everything runs quickly enough. I’ve gone for hours with 20 or more tabs open without any serious slowdowns.

And I do mean hours. Since I’ve kept my emulated x86 app usage to a minimum, I’ve found I’m getting as many as two hours more usage per day than before. Battery life on this machine has gone from vaguely disappointing to pretty good.

The Edge browser is also more confident about the utility of web apps that Chrome is. Google has gone through various iterations of how it thinks webpages should become app-ified on your desktop, all of which are sort of hanging around in weird ways in Chrome’s interface.

Edge, on the other hand, just has a menu called “Apps,” which has the very clear “Install this site as an app” option. That saves a webpage as its own window, easily switchable via Win-Tab or via the overview screen. In Chrome, you do this by clicking “More tools,” “Create Shortcut,” and remembering to click the “Open as window” checkbox.

Edge is just much clearer. It also has an “install app” option in the URL bar for Progressive Web Apps. It has a reader mode built in. It has better privacy defaults than Chrome. And on top of everything, it has full support for Chrome extensions. (That means you can use Chrometana Pro to redirect all of your start menu searches to Google with just one extension instead of multiple OS-level tricks.)

I still am running a few Windows apps, of course. Spotify natively seems to run better and having my email and calendar plugged into Windows’ native apps is a boon. For my personal workflow on the Surface Pro X, the biggest hassles still come with photography. Lightroom CC is only available as a web app, and many of the camera tethering apps I’d like to use simply won’t work (as they’re 64-bit x86 apps).

Still, the backstop of proper Windows 10 reveals just how woebegone Chrome OS has become. As a tablet, Windows 10 is leaps and bounds ahead of Chrome OS. Moving apps into an overview screen is fluid, split screening works without lag, and, of course, Microsoft is far ahead in stylus features. The Your Phone app means that this device feels more connected to my Android phone than Chrome OS ever has.

Finally, there simply isn’t a Chromebook or Chrome OS tablet with better hardware than the Surface Pro X. The Pixelbook is over two years old now, and you can see that age in the size of its screen bezels. There is a Samsung Galaxy Chromebook coming, but at best, I think it’ll match the hardware quality, not exceed it — especially since the Surface Pro X supports LTE connections and has a 3:2 aspect ratio.

This has been a lot of praise, so let me reiterate: do not buy this computer! As specced, the machine I’ve been using costs more than $1,700. That same amount of money would get you a very good Windows 10 Intel-based computer plus a Chromebook or iPad on the side.

Using the Surface Pro X in this way for a week has made a lot of the things we’ve been saying about Windows 10 a lot more tangible. Under CEO Satya Nadella, Microsoft has stopped trying to take over the world with Windows. Instead of trying to get everything to run on Microsoft’s software, Microsoft wants its software to run on everything.

Microsoft is making apps for every platform, especially Android and iOS. For Android, in particular, it has been focusing on customizing the OS in the lead-up to the release of its Duo smartphone later this year.

I think this more open-minded strategy is one of the reasons that Microsoft was willing to just go ahead and use the Chromium engine for Edge: it’s less precious about using its own code. Nadella’s focus is getting Microsoft’s software into your life, and the old Edge was, frankly, just getting in the way of that happening.

There are other repercussions of that strategy that are noticeable when you stop using Windows 10 like, well, Windows, and start using it like a lighter-weight OS like Chrome OS. You see that all the agita over what the future of Windows apps will be doesn’t matter as much as you might have thought.

Windows 10 will take all comers. Legacy Windows apps? Sure. Universal Windows Platform apps? You bet. Touchscreen? Why not. Web apps? Yeppers. In fact, Microsoft wants to make them first-class citizens on Windows and is even putting them into its app store.

It’s messy sometimes, but it works. Microsoft wants to let you run whatever you’d like on Windows because the point of Windows now is to get you to sign up for a service like OneDrive or Office. That can be annoying, just as it is on Apple’s platforms. But on Windows, it’s possible — and sometimes easy — to disable Microsoft’s software in favor of whatever you prefer.

That vision breaks down a bit on the Surface Pro X, though. It can’t run 64-bit x86 apps and so sometimes you’re caught flatfooted, unable to do what you would expect on a computer.

However, I am impressed with the experience of using the ARM-native Edge browser on the Surface Pro X. It’s fast, flexible, and in some ways easier to understand than Chrome.

Up until now, there have been two main ways that consumers have experienced ARM-based computers with big screens (aka not phones) lately:

More than anything, using the Surface Pro X as a Chromebook has shown me that there is still a middle path possible between those two options and that you can have a flexible, open operating system on hardware that gets the battery life and connectivity benefits ARM provides.

The Surface Pro X doesn’t achieve that dream quite yet. It’s still too expensive and there are still too many app-based compromises. However, it also shows that it’s not only possible but maybe a little easier than we might have thought.