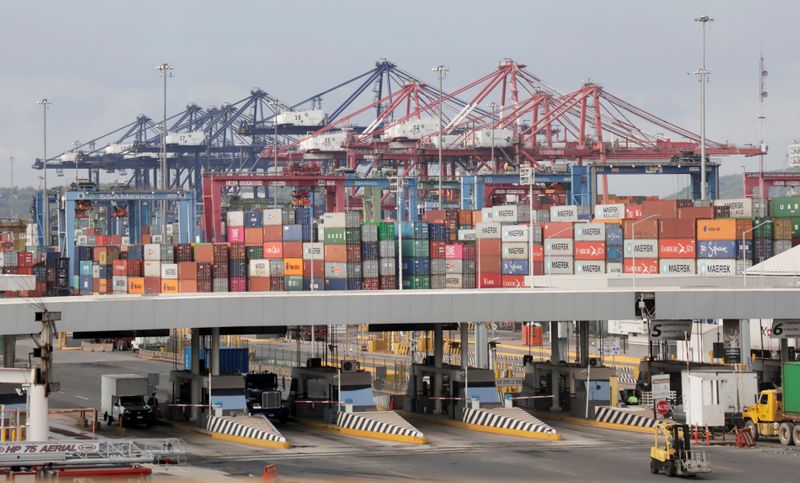 MEXICO CITY (Reuters) - Mexican gross domestic product (GDP) likely contracted slightly in the fourth quarter, rounding off a weak year in which the economy has been teetering on the brink of recession, a Reuters poll showed on Monday.

The median forecast of a poll of 12 analysts is that GDP shrank 0.1% in seasonally-adjusted terms during the October-December period compared with the previous quarter.

That follows stagnation in the July-September period and a contraction of 0.1% in the second quarter.

Mexico's economy last suffered an annual contraction in 2009 when it shrank by some 5.3% on the back of the global financial crisis, World Bank data show. Subsequently, the economy has grown every year between 2010 and 2018.

In unadjusted terms, GDP likely contracted by 0.3% in the fourth quarter of last year compared with the same period a year earlier, according to the poll.

If the manufacturing and service sectors continue to contract, the Mexican central bank, Banxico, could cut interest rates further. Following four consecutive cuts of 25 basis points, it currently stands at 7.25%.

The economy expanded by 0.1% in November from the previous month. However, analysts said it was not enough to reverse a broader downward trend in the quarter.

President Andres Manuel Lopez Obrador took office vowing to ramp up annual growth to 4% per year, though he later targeted expansion of 2% for 2019.

He has at times argued since then that development and wealth distribution are more important than advances in GDP.