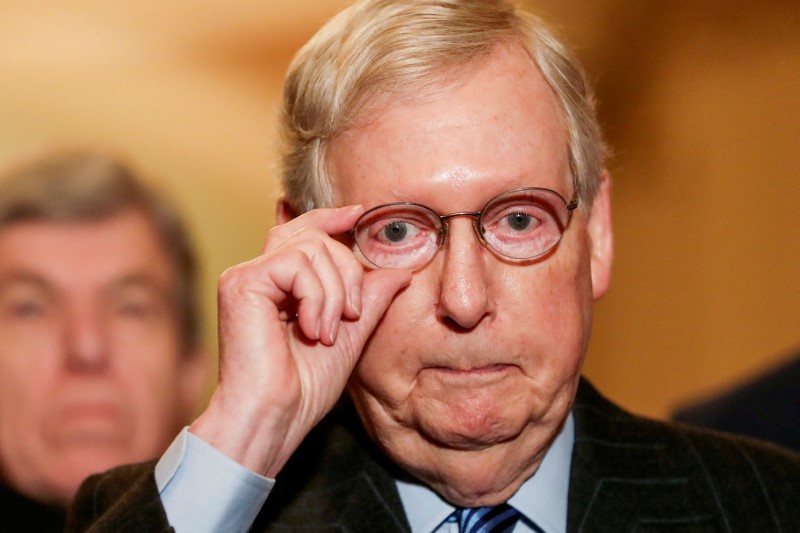 WASHINGTON (Reuters) - U.S. Senate Republican leader Mitch McConnell on Monday proposed rules that would execute a potentially quick impeachment trial for President Donald Trump, with no guarantee that witnesses or new evidence would be allowed.

A resolution McConnell unveiled on Monday would give House Democratic prosecutors and Trump lawyers 48 hours, evenly split, to present their arguments over a maximum of four days.

Under the resolution, which could face a vote as early as Tuesday, lawyers for Trump could move early in the proceedings to ask senators to dismiss all charges, a senior Republican leadership aide said, a motion that would likely fall short of the support needed to succeed.