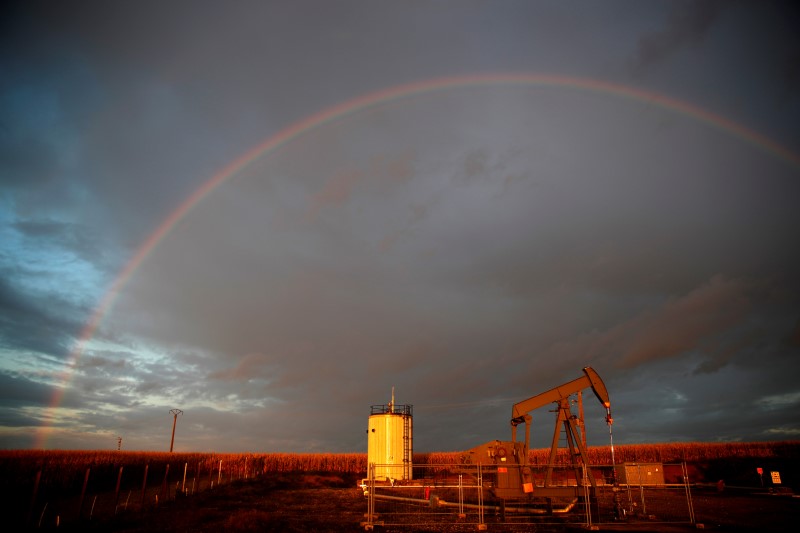 LONDON (Reuters) - A blockade of major Libyan oil ports is damaging the economy and must be quickly resolved, the Tripoli-based central bank governor told Reuters on Friday, adding that Libya could run a budget deficit in 2020 as a result.

"Now oil represents 93-95% of total revenue and covers 70% of total spending. This is a bullet in the head, that will hurt Libya and the Libyan people," Sadiq al-Kabir said in an interview in London. "We really hope the crisis is resolved as fast as possible because it hurts everyone."

Libya's internationally recognized prime minister Fayez al-Serraj has warned of catastrophe if the week-long blockade by eastern-based commander Khalifa Haftar's forces, which has cut oil output to almost zero, is not lifted.

Kabir said the central bank had not yet agreed on a budget for 2020 with the internationally recognized government, which had proposed a budget deficit of 17.5 billion dinars.

"We rejected that and asked them to trim spending," he said, adding that a deficit was still possible due to the oil blockade.

Kabir has been challenged by eastern officials, which have set up their own government and central bank branch selling bonds outside the official financial system to raise funds.

Eastern officials complain they do not benefit from oil revenues, accusations rejected by Tripoli officials as the Tripoli-based central bank funds some public salaries and fuel supplies to the east.

Kabir declined to give a figure for foreign reserves but said they had risen slightly in the last two years, when oil production was more stable than in the aftermath of the 2011 revolution.