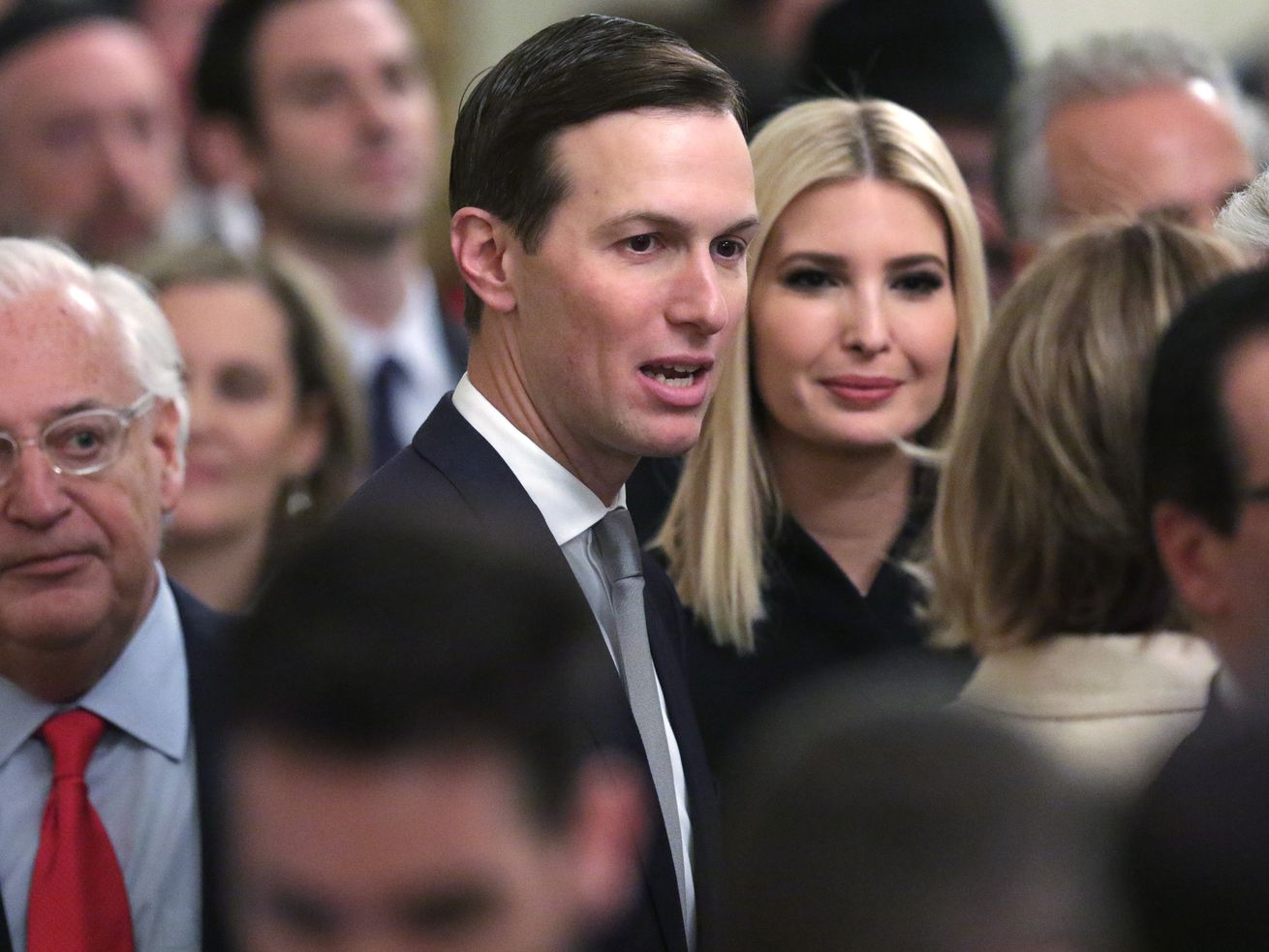 Kushner’s main talking point on the peace deal highlights the whole problem with it.

In multiple interviews right after the administration released its proposal on Tuesday, Kushner said Israel’s rapid growth — in other words, the settlements — are precisely why Palestinian leaders should make a deal now.

“If we don’t do this today, at the rate at which Israel is growing, I think that it will never be able to be done,” Kushner told Al Jazeera. “So we see this as the last chance for the Palestinians to have a state.”

He didn’t misspeak, which we know because he repeated this same talking point over an hour later. “This is something that we inherited, the situation where Israel continues to grow and grow,” he told CNN’s Christiane Amanpour.

Jared Kushner on the new Middle East peace plan: "It was very, very difficult to draw these lines... This is something we inherited." pic.twitter.com/C4hk69u9Az

Let’s be clear about what this means: The White House’s lead staffer for finding a peaceful solution to the Israel-Palestine stalemate says Israel’s growth is basically unstoppable. For that reason, he claims, Palestine has no choice but to strike a deal.

It’s an astounding thing for Kushner to say. Israel restrains itself from extending its settlements into the West Bank unless it feels it has tacit American approval. Kushner’s plan and his statements will likely serve as a green light to Israeli leadership to expand those settlements. They may explain why Israeli Prime Minister Netanyahu wants a vote on Sunday to annex 30 percent of the West Bank.

That could make a fraught issue so much worse.

Why settlements make a peace deal harder to reach

About 500,000 Israelis live in the settlements, of which there are about 130 scattered around the West Bank. Roughly 75 percent of settlers live on or near the West Bank border with Israel. Some of the settlements are vast communities that house tens of thousands of people and look like suburban developments. Some look like hand-built shanty outposts.

Settlements create what Israelis and Palestinians call “new facts on the ground.” Palestinian communities are split apart and their connection to the land weakened, while Jewish communities put down roots in territory meant for Palestinians.

In effect, it shrinks the area of land left available for any future Palestinian state to exist on and chops it up into pieces, destroying its potential viability as a real, contiguous state. For some settlers, this is the point: They want the West Bank fully incorporated as Israeli territory and are trying to make that happen.

A “conceptual map” of Palestine released as part of Kushner’s proposal shows he wants some of those settlements to remain where they are (they’re the flecks of beige interspersed among the blueish green parts).

Instead of coming up with a plan that would see those settlers relocated or finding some other solution, Kushner’s plan just takes the huge chunk of land where most of the settlements are located and gives it to Israel. In return, Palestinians get some pockets of land far away in the desert on the border with Egypt and not much else.

Which means one of two things: either Kushner doesn’t know how sensitive this issue is, or he doesn’t care and is using it as a cudgel against Palestinians. It’s hard to know which one is worse.