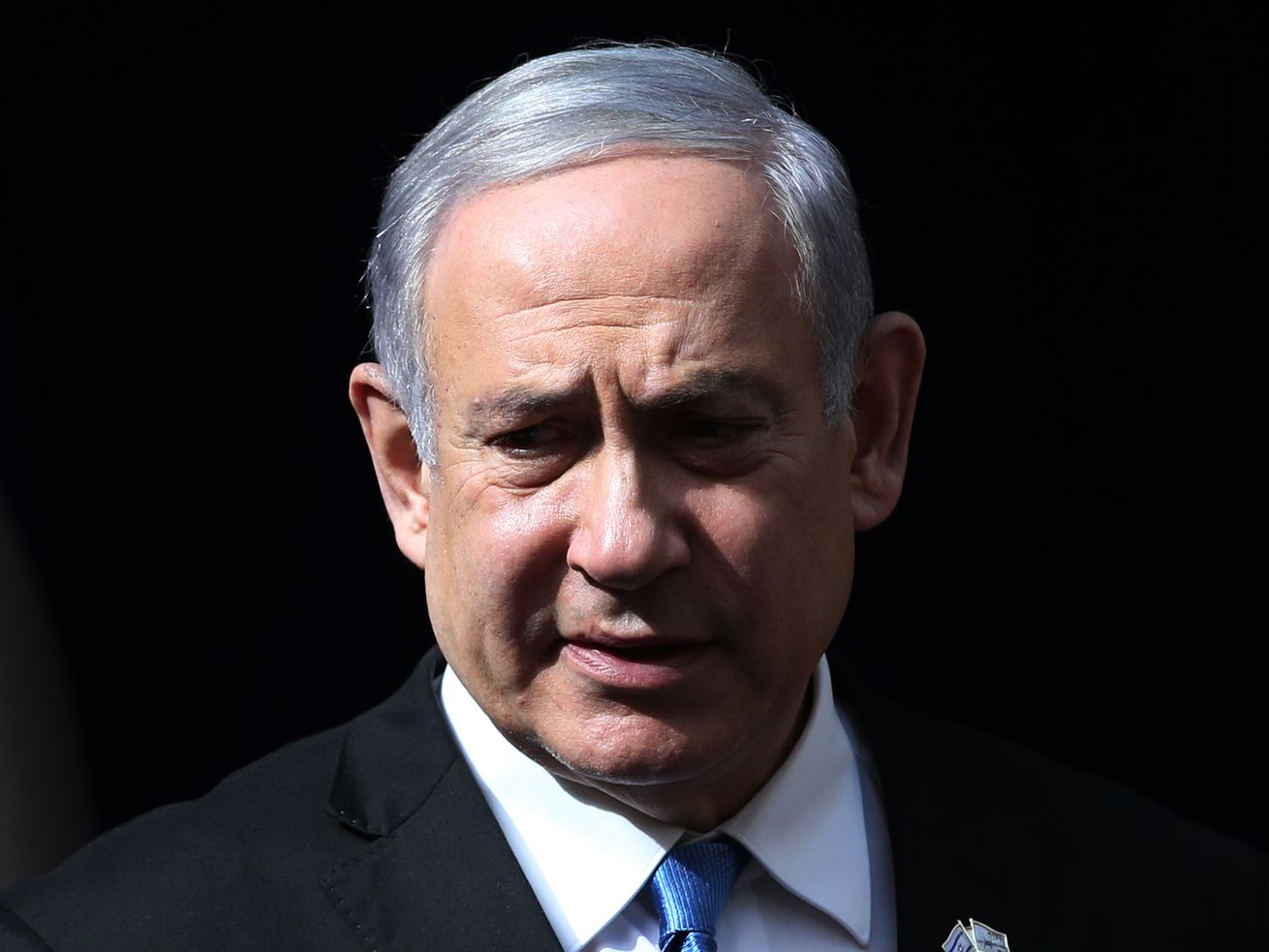 The leader dropped his push for immunity on the same day Trump unveils his Middle East peace plan.

Israeli Prime Minister Benjamin Netanyahu has — finally, officially, for real this time — been indicted on charges of bribery, fraud, and breach of trust.

The indictment was a long time coming. In fact, the right-wing leader had already been indicted in November, sort of. But Netanyahu threw a wrench in the works, asking the Israeli parliament, called the Knesset, to grant him immunity from prosecution as a sitting prime minister.

On Tuesday, he officially withdrew that request, allowing prosectors to formalize the indictment. Which means Netanyahu, the man who has led Israel since 2009 and overseen a dramatic rightward shift in its politics, is going to trial.

And it’s happening right as he’s preparing for yet another election in March.

The announcement also came just a few hours before Netanyahu was scheduled to meet with President Trump on Tuesday, as the administration prepares to unveil its long-delayed, and already maligned, plan to resolve the Israeli-Palestinian conflict.

Netanyahu has denied the charges of bribery, fraud, and breach of trust in three separate cases, which he’s called “trumped up” and part of a “witch hunt.”

Why Netanyahu withdrew his request for immunity

At the start of 2020, Netanyahu requested that lawmakers give him temporary immunity from prosecution as he headed into the March vote.

But he never seemed to have enough support in the Knesset to succeed. Instead, as Vox’s Zack Beauchamp has explained, it looked to be a political ploy to bog down the indictment in parliamentary antics and to rally his hardcore supporters ahead of the election.

On Tuesday, Netanyahu withdrew his request, accusing his political opponents of playing games.

“Since I was not given due process, because all the rules of Knesset work were trampled on, and since the results of the procedure were pre-dictated without proper discussion, I decided not to let this dirty game continue,” he wrote on Facebook.

After Netanyahu ended his immunity bid, it cleared the way for Attorney General Avichai Mandelblit to file an indictment to the Jerusalem District Court, according to the BBC.

Netanyahu’s criminal prosecution has loomed over the leader since last year. His personal troubles coincided with Israel’s political turmoil: After elections in April, Netanyahu declared victory but failed to cobble together a governing coalition. That meant new elections in September, where Netanyahu’s party did even worse, though the centrist Blue and White party also failed to form a government. So Israel is having another round of elections, this time in March.

And now Netanyahu has been charged in a criminal case ahead of the March vote. Though it’s unlikely the trial will have begun by the time Israelis go to the polls, the country could face the unprecedented situation of having a sitting prime minister on trial if Netanyahu wins in March.

The first alleges that he and his wife took lavish gifts, and in exchange, the prime minister tried to extend tax legislation that would have benefited at least one of those gift-givers.

In the second case, Netanyahu was recorded discussing making a deal with a paper for less critical coverage, and in return, he would crack down on a rival publication — though such a deal never went through.

And then there’s the third — and what looks to be the most damning — case, as Vox has previously explained:

On December 2, Israeli police accused Netanyahu of trading regulatory favors for positive media coverage of himself and his family. Over a period of five years, the prime minister reportedly intervened in the day-to-day coverage and affairs of Walla, a news website run by the country’s telecommunications company, Bezeq.

In return, Netanyahu — in his role as minister of communications, which is one of his titles — allegedly rewarded the company by using his political power to give them more favorable regulations, despite political opposition. The charges related to this case are bribery and breach of trust.

Netanyahu, again, has attacked these charges as part of a “witch hunt” — a line that echoes the defense of his close ally Trump, who’s facing an impeachment trial for allegedly trying to withhold millions in aid and a White House meeting from Ukraine in exchange for an investigation into his political rivals.

And speaking of those two, they are meeting Tuesday in the White House as Trump prepares to unveil his Middle East peace plan. The timing of this meeting is certainly notable — and plenty of skeptics see it as the Trump administration trying to give a domestic political boost to an ally.

Though Netanyahu will be present for the big reveal, no Palestinians will be attending. And no Palestinians participated in the development of the peace plan, which is why most expect it to be very favorable to Israel.

The so-called “deal of the century” will likely be doomed if the plan skews toward Israel’s interests.

But it could still deliver Netanyahu something to sell to his constituents at home ahead of a bruising election fight. (Benny Gantz, the head of the Blue and White party and Netanyahu’s main rival in the upcoming election, met with Trump in the White House on Monday.)

Trump is pretty popular in Israel, especially given his decision to relocate the US Embassy to Jerusalem. Showing off his peace plan, with Netanyahu at his side, certainly signals the bond between the two — a bond that could help Netanyahu at the polls.