Here’s the logo for Trump’s Space Force, and it looks awfully familiar 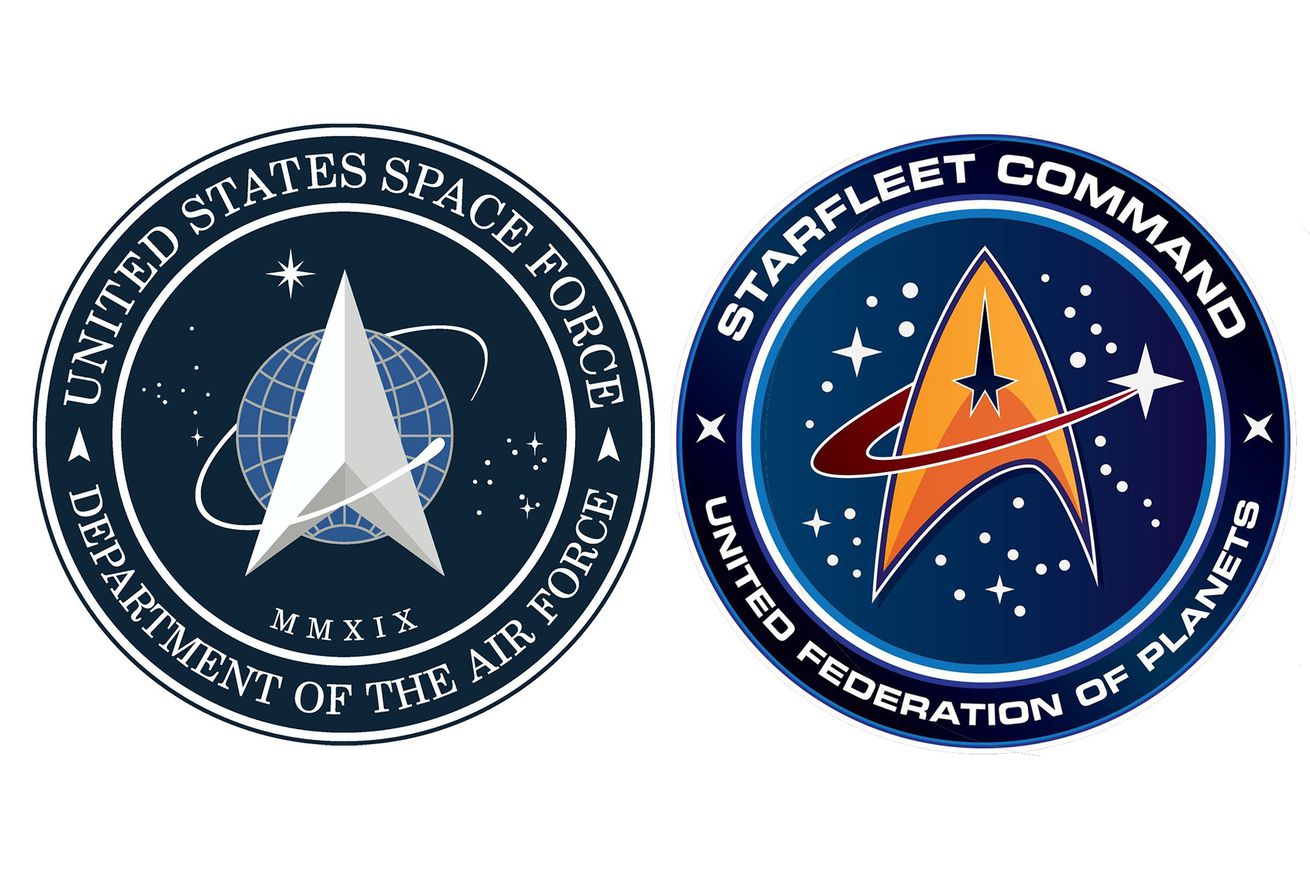 President Donald Trump on Friday revealed the official logo for the Space Force, the newest branch of the armed forces and part of the existing United States Air Force department, in a tweet.

The Space Force, a fixation of Trump’s throughout his presidency, became a reality last month when Congress passed a $738 billion military bill that created the sixth branch of the military. And now the Air Force is responsible for branding, uniform design, and the various other requirements involved with creating a new armed force.

After consultation with our Great Military Leaders, designers, and others, I am pleased to present the new logo for the United States Space Force, the Sixth Branch of our Magnificent Military! pic.twitter.com/TC8pT4yHFT

However, the logo appears to borrow heavily from the fictional logo of Starfleet from the Star Trek universe.

Ahem. We are expecting some royalties from this... https://t.co/msYcJMlqjh

Analyst and former national security policy advisor John Noonan, who was a member of the USAF, commented on Twitter shortly after the announcement to point out that the Space Force logo, while similar in design to the Starfleet one, is in fact based on an existing Air Force command logo.

For those excitedly tweeting that Trump stole the Star Trek logo!!!!, the patch on the left was the existing Air Force Command logo.
The same one I wore as a Lieutenant in 2005. pic.twitter.com/mYb60YioBP

Adding another wrinkle to the situation is that Trump’s political action committee, the Trump Make America Great Again Committee, was polling voters back in 2018 about which Space Force logos they liked the best. And the six options provided all look drastically different then the end result we have today, with quite a few featuring NASA-inspired iconography and type faces alongside retro-futurist aesthetics.

It’s not entirely clear how the team responsible for branding the Space Force went from that to what Trump revealed this afternoon. But here we are.

The Trump/Pence PAC is already trying to monetize the Space Force:
"As a way to celebrate President Trump’s huge announcement, our campaign will be selling a new line of gear." pic.twitter.com/x9jadkNiHG

Although, as one user on Twitter noted, the designers did seem to take some cues from the NASA logo, predominantly the exact placement of the stars that appear to have been copied over directly.

You were so distracted by the Star Trek thing that you didn’t even notice they copy and pasted the stars from the NASA logo pic.twitter.com/ooqkph5GRt

CBS, which owns the rights to Star Trek, was not immediately available for comment.