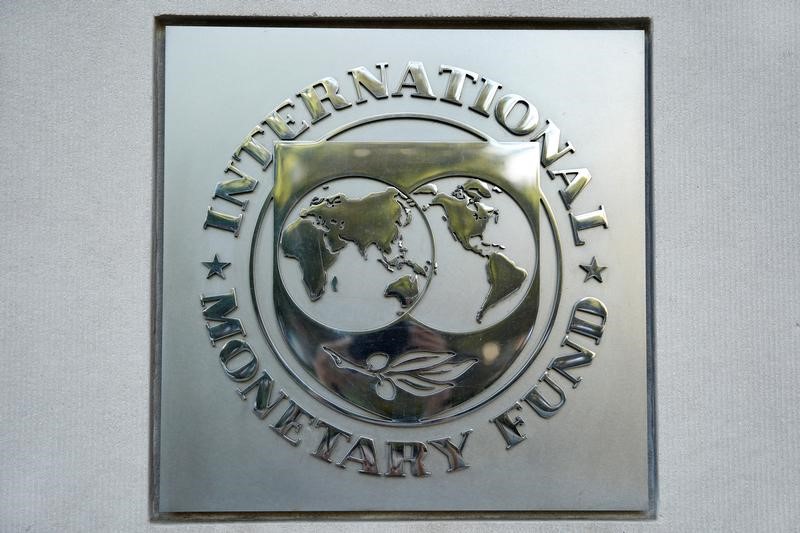 Investing.com -- Gold prices drifted fractionally higher on Monday as U.S. markets remained closed for the Martin Luther King holiday while European ones were content to await the European Central Bank’s policy meeting later this week for clues as to how long the current regime of negative interest rates will last.

Prices ticked up slightly after the International Monetary Fund kept its gloomy outlook for 2020, shaving its forecast for global growth this year to 3.3% from 3.4% in October. The forecasts for the U.S. and euro zone were both revised down by the same amount. The Fund also cut the forecast for 2021 by 0.2 percentage point to 3.4%, citing the slowdown in India and other emerging markets as additional factors.

In the only data release of note earlier, Germany’s producer prices had rebounded in December but were still down 0.2% on the year, in line with expectations.

Precious metals received no visible support from the unrest at the weekend in Iraq, which contributed to a modest spike in oil prices. The dollar, however, did remain well bid, something that usually puts downward pressure on the dollar-denominated gold price.

Private-sector economists have been quicker then the IMF to cast off their 2019 pessimism. Analysts at TS Lombard in London see the euro area, notably, growing as much as 1.2% this year, although lead author Davide Oneglia noted that the region’s dependence on external demand remains a key risk.

Hopes for a post trade-deal rebound have the potential to undermine precious metals, especially in the second half of the year, as the worst of the U.S.-China struggle recedes further into the past.

Current prices are already at the 2020 peak expected by analysts at JPMorgan (NYSE:JPM) led by Natasha Kaneva. They see gold holding this level through June but then falling around $100 by year-end.

By the same token, they also see “ample room in the positioning” of metals such as Aluminum, Nickel and Zinc for those bellwethers of industrial activity to rebound this year. However, they argue that copper has run a little too far too fast.