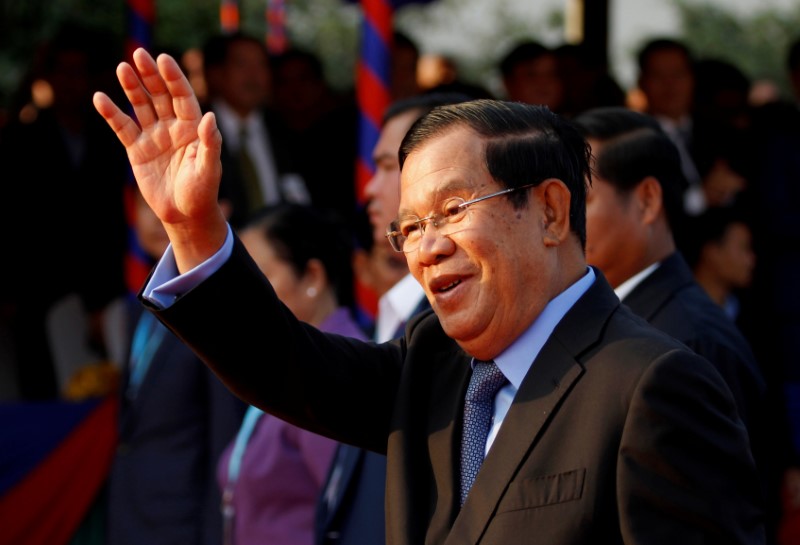 The letter urges the government of Prime Minister Hun Sen to amend a trade union law, repeal the law on non-governmental organizations (NGOs) and drop all outstanding criminal charges against union leaders.

"The credibility of Cambodia's apparel, footwear, and travel goods sectors are at stake," said the letter, seen by Reuters.

"We are concerned that the labor and human rights situation in Cambodia is risking the loss of trade preferences for Cambodia," they added.

Government spokesman Phay Siphan did not immediately respond to Reuters request for comment on Friday.

Labour Ministry spokesman Heng Sour said he had not seen the letter but said it "might contain the same out of date concerns that we have already addressed according to the Cambodian law and legal process".

The European Union will decide next month whether or not to strip Cambodia of its "Everything but Arms (EBA)" initiative after a European Commission report found that Hun Sen's government has cracked down on the opposition, civil society groups and the media.

The European Union accounts for nearly half of Cambodia's exports, the country's largest industry, which employs about 700,000 people and accounts for 40 percent of gross domestic product.

They urged the government to amend the trade union law again as the amendments made on Jan. 3 fell short of international labor rights standards, fail to eliminate arbitrary hurdles to union registration, and restrict the ability of all unions to fully represent their members.

The brands also urged the government to repeal law regulating associations and NGOs.

"The current law enables an atmosphere of harassment and repression against civil society organizations and unions," they said in the letter, adding that the government "should cease further baseless judicial proceedings against labor activists."

The brands said they had contributed to the $9.5 billion in garment, footwear, and travel goods exported from Cambodia last year and many of the companies signing the letter have been sourcing from Cambodia since the garment sector was established in the country in the mid-1990s.