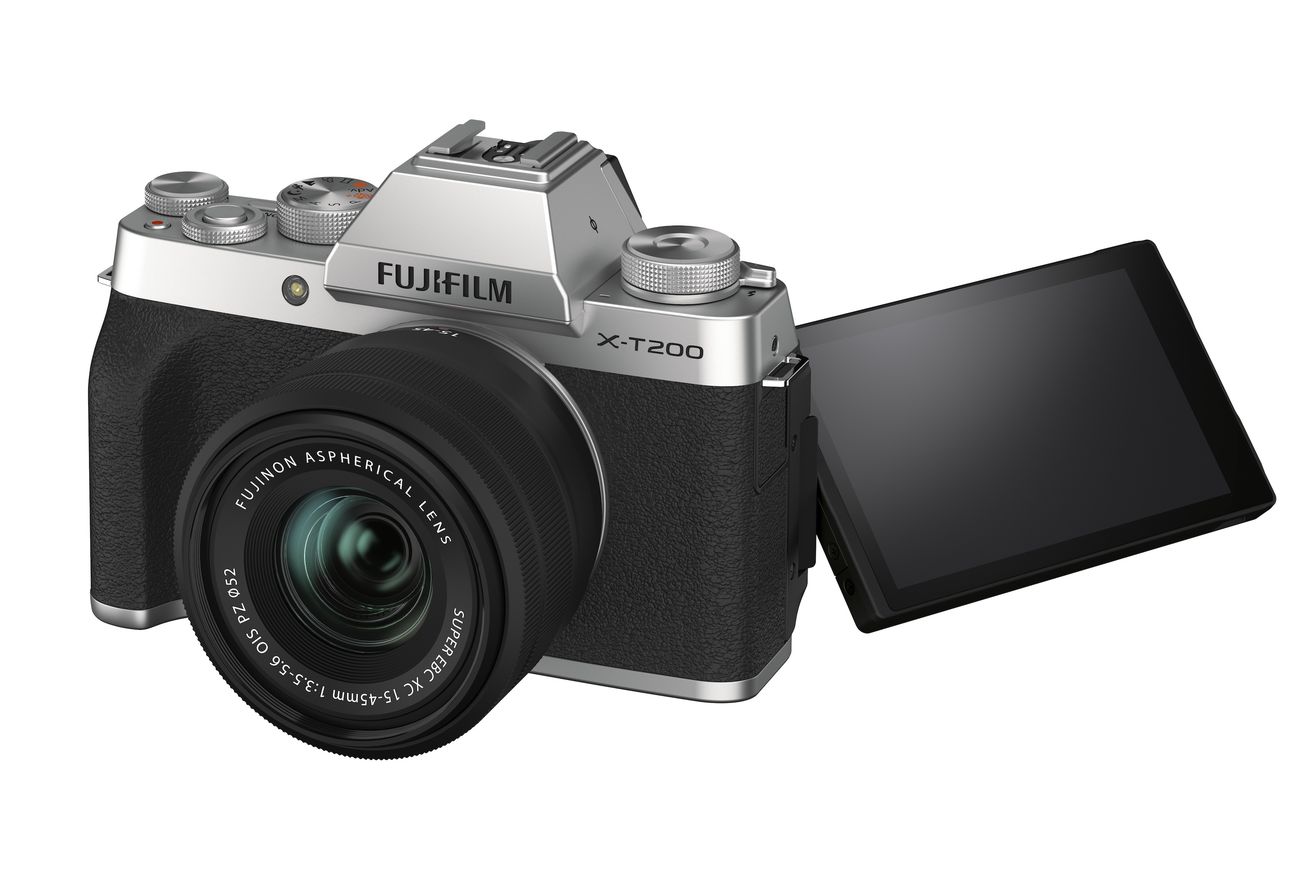 Fujifilm has announced the X-T200, the follow-up to 2018’s X-T100 mirrorless camera. It’s Fujifilm’s entry-level model with a built-in electronic viewfinder. The X-T200 looks pretty similar to its predecessor, with the biggest physical changes a 2.82oz (80g) reduction in weight and a new vari-angle LCD that can be tilted while it’s flipped out.

The X-T200 still has a 24-megapixel APS-C sensor, but it now has full phase-detection coverage for better autofocus performance. Fujifilm has added gyro sensors to the camera to help with video stabilization, along with support for HDR and 1080p video at 120 frames per second. 4K video, meanwhile, has been boosted to 30fps from a basically unusable 15.

Fujifilm has also announced its cheapest X-mount prime lens yet, which would be a good fit for the X-T200. The XC 35mm f/2 (pictured above) will cost $199; that’s half as expensive as Fujifilm’s XF 35mm f/2 WR, but you give up metal construction, an aperture ring, and weather sealing.