Factbox: 'They don't have the material' - Quotes on Trump's Senate impeachment trial 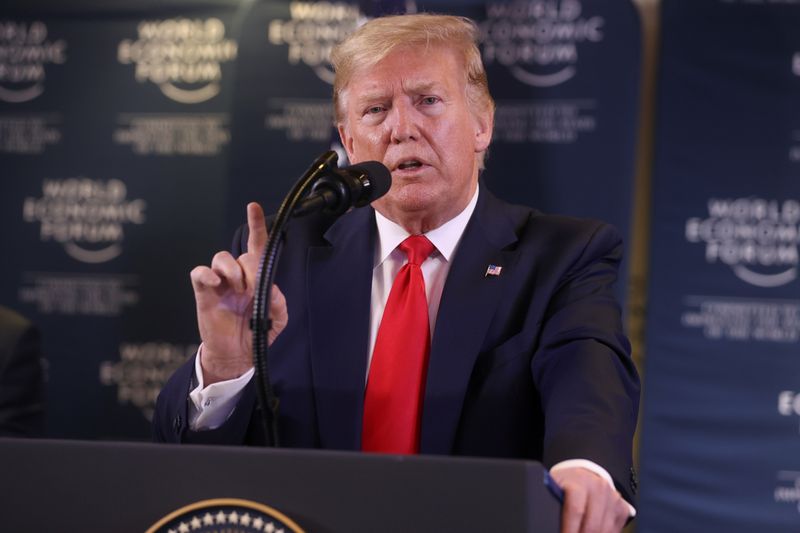 WASHINGTON (Reuters) - Here are some key quotes from Wednesday, the first day the U.S. Senate heard the Democrats' case for removing President Donald Trump from office.

"We're doing very well. I got to watch enough. I thought our team did a very good job. But honestly, we have all the material. They don't have the material."

"The second article of impeachment was for obstruction of Congress: covering up witnesses and documents from the American people. This morning the President not only confessed to it, he bragged about it: 'Honestly, we have all the material. They don't have the material.'"

"Nothing could be more dangerous to a democracy than a commander in chief who believed that he could operate with impunity, free from accountability. Nothing, that is, except a Congress that is willing to let it be so."

"When you focus on the evidence uncovered during the investigation, you will appreciate there is no serious dispute about the facts underlying the president's conduct. And this is why you will hear the president's lawyers make the astounding claim that you can't impeach a president for abusing the powers of his office, because they can't seriously contest that that is exactly – exactly - what he did."

"We're going to get down to the merits of the case, and that's why the president will be vindicated with a verdict of acquittal."

"What the House managers were proposing yesterday was basically to destroy the presidency as we know it ... when it comes to Donald Trump, they're willing to destroy the institution of the office in the name of getting him."

"Yesterday we put the spotlight on the No. 1 issue in having a fair trial: witnesses and documents.