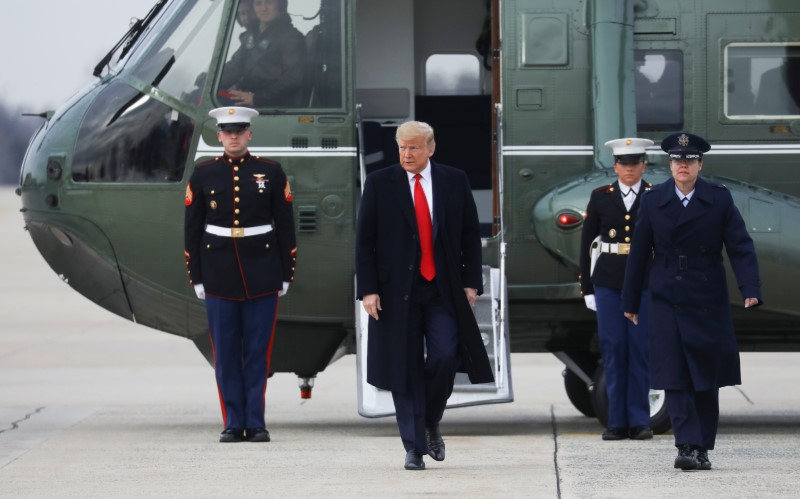 © Reuters. U.S. President Donald Trump boards Air Force One for travel to Florida at Joint Base Andrews in Maryland

DORAL, Fla. (Reuters) - U.S. President Donald Trump will sign a trade pact between the United States, Mexico and Canada on Wednesday during a ceremony at the White House, an administration official told Reuters on Thursday.

Invitations had been sent out and the White House location would allow lawmakers from all over the country to attend, the official said.

The ceremony is likely to take place while an impeachment trial against Trump proceeds on Capitol Hill.

The official said Trump would be touting the pact after the signing during travel around the United States.

"This is a major accomplishment for the president and he will be taking this on the road in the coming weeks," the official said.

Trump has made pursuing new trade deals a signature of his presidency and one of his key promises as a political candidate. The Republican president is running for re-election this year.

The United States-Mexico-Canada Agreement (USMCA), which replaces NAFTA, still needs to be formally approved by Canada.

The deal cannot take effect until it has been ratified by all three member nations. Last week, the U.S. Senate overwhelmingly approved the legislation, sending the measure to Trump for him to sign into law.