Exclusive: India likely to raise import duties on more than 50 items next week 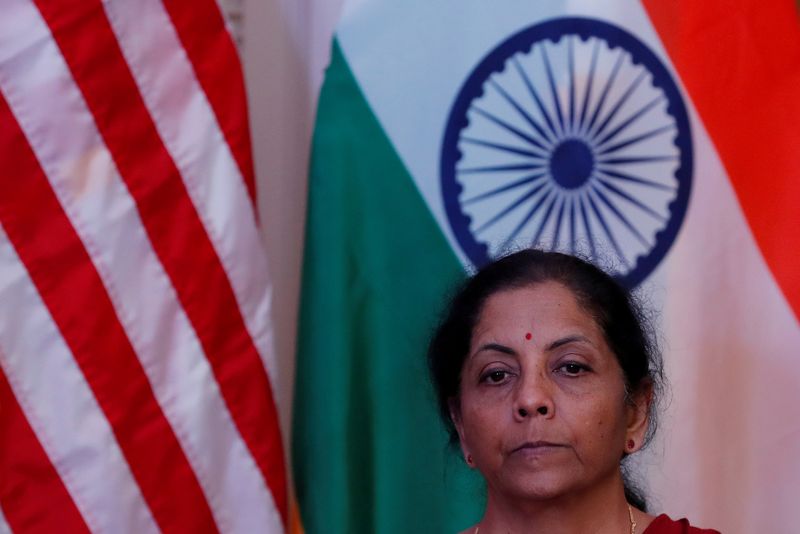 By Aftab Ahmed and Manoj Kumar

NEW DELHI (Reuters) - India plans to increase import duties on more than 50 items including electronics, electrical goods, chemicals and handicrafts, targeting about $56 billion worth of imports from China and elsewhere, officials and industry sources said.

Finance Minister Nirmala Sitharaman could make the announcement when she presents her annual budget for 2020/21 on Feb. 1, along with other stimulus measures to revive sagging economic growth, one of the government officials said.

The government had identified items and decided to increase import tariffs by 5%-10% as recommended by a panel of trade and finance ministry officials, among others, the second government official said.

"Our aim is to curb imports of non-essential items," said the official, adding a hike in import duties would provide a level playing field for local manufacturers-hit by cheap imports from China, the Association of Southeast Asian Nations (ASEAN), and other countries that enjoy trade pacts with India.

The sources asked not be identified as the discussions were private.

Since taking charge in 2014, Prime Minister Narendra Modi has imposed several restrictions on imports while allowing more foreign investment in manufacturing, defense and other sectors.

A committee of trade ministry officials in consultation with local industries had initially planned to target more than 130 items accounting for roughly $100 billion worth of imports, but it has since pruned the list, the first official said.

The government is separately considering imposing "quality standards" on imports as less than 10% of India's tariff lines are regulated for safety, health and environmental standards, an industry official, who is participating in the pre-budget consultations, said.

Ahead of the budget, the trade ministry has also asked the finance ministry to consider a Border Adjustment Tax (BAT (LON:BATS)) on imported goods to level the playing field for domestic players that also have to pay local taxes like electricity duties and levies on fuel, the second government official said.

The official added this could be imposed on top of any tariffs further raising the costs of imported goods.

Last July, the government raised import tax on more than 75 items, including gold and automobile parts, in its post-election budget.

India's goods imports, which had been growing faster than exports in the last several years, fell some 8.90% during the April-December period from year-earlier levels, compared to a roughly 2% decline in exports.

This has helped the Modi administration cut its trade deficit that stood at $118 billion during April-December, down from $148 billion a year earlier.

The United States wants India to buy at least another $5-6 billion worth of American farm goods if New Delhi wants to win reinstatement of a key U.S. trade concession and seal a wider pact, four sources familiar with the talks told Reuters.