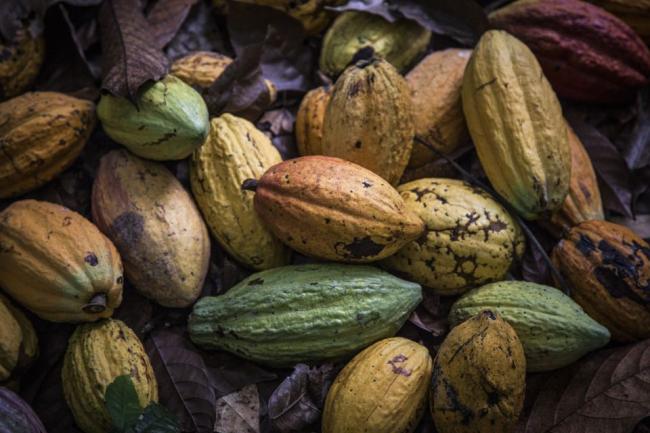 (Bloomberg) -- Cocoa traders are bracing for wild swings as a premium imposed by the world’s largest producers is likely to generate a disconnect between futures and physical markets.

Ivory Coast and Ghana are charging $400 per metric ton above the futures price for cocoa for shipment from October, making traders less likely to deliver beans from the top growers when futures contracts expire in London, the hub for West African hedging.

Futures usually move toward the price of the underlying physical commodity as contracts approach expiry in a process known as convergence. Attracting cocoa from Ivory Coast and Ghana for delivery to the exchange will now require nearby futures to trade at a massive premium to later-dated contracts because of the $400 charge, known as Living Income Differential and instituted by those nations to boost farmer proceeds.

“Physical convergence will be a hell of a long way away from where it’s been in the past,” said Jonathan Parkman, deputy head of agriculture at Marex Spectron Group. “If people are desperate not to give up their cocoa because they had to pay the LID -- and obviously if you deliver against the exchange you don’t get that back -- the risk has escalated massively as a result.”

A disconnect between futures and physical markets could result in declining exchange stockpiles, which are already at low levels. One solution could be to add a premium equivalent to the LID at the time of delivery. Traders discussed the issue with ICE (NYSE:ICE) Futures Europe, which decided to keep rules unchanged, according to people familiar with the matter, who asked not to be identified because the information is private.

In New York, where the contract is more speculative, traders opted not to raise the issue with ICE Futures U.S., the people said.

Buyers of cocoa from both countries pay the futures price, the LID and a differential for quality. Traders could still grade beans to the exchange if they obtain a discount for the quality, while some may choose to certify beans to obtain easier inventory financing.

“The quality differential is one component of the total price that can offset the cost of the new living income differential,” said Eric Bergman, a vice president at Jenkins Sugar Group Inc. “If the market experiences a large surplus, cocoa will still get delivered to the exchange.”

But the risk to spreads is not just to the upside. ICE Europe warehouses have also been saddled with bulk inventories from Cameroon, considered a lower-quality supplier. Two firms hold the majority of exchange stockpiles, according to people familiar with the matter. If one of them decides to dump Cameroon beans in 1,000-ton piles, spreads could collapse. The exchange recently tried to address the issue by making the lifespan of bulk cocoa certificates last longer after a second grading.