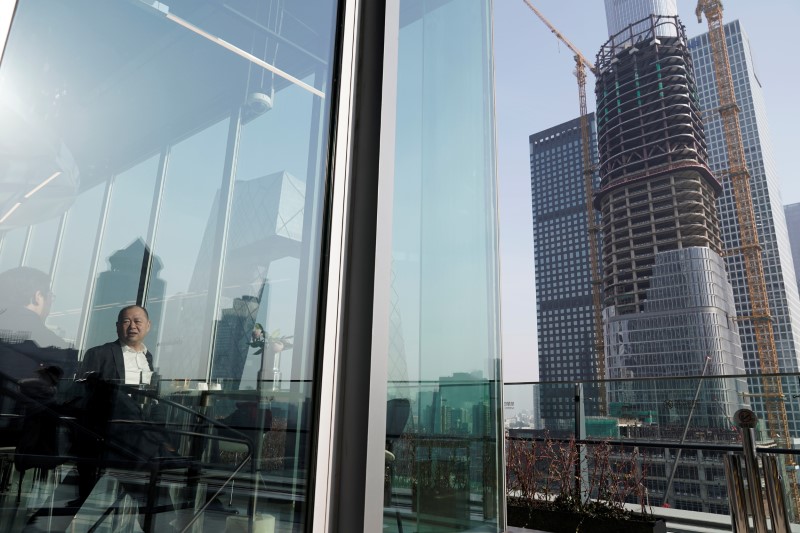 BEIJING (Reuters) - China has revised up its economic growth by 0.1 percentage points each year between 2014 and 2018, the National Bureau of Statistics said, making it easier for Beijing to fulfill its goal of doubling the size of the economy by 2020 from 2010.

Based on the revised figures, real GDP growth of at least 5.6% in 2020 would be enough for achieving Beijing's target to double GDP in the decade to 2020, according to Reuters calculations, in line with analysts' estimates.

"We believe this revision provides Beijing with some flexibility in setting its 2020 growth target and precludes the need to introduce another round of massive stimulus that could rapidly increase systemic risks," said Nomura analysts in a note on Monday.

Policy sources have told Reuters that Beijing plans to set a lower growth target of around 6% this year from last year's 6-6.5%, relying on increased infrastructure spending to ward off a sharper slowdown. Key targets are due to be announced in March.

China's economic growth cooled to 6.1% in 2019, its weakest in nearly 30 years amid a bruising trade war with the United States, and more stimulus is expected this year as Beijing tries to boost sluggish investment and demand.

Many China observers generally see this year as crucial for the ruling Communist Party to fulfill its goal of doubling gross domestic product (GDP) and incomes in the decade to 2020, and turning China into a "moderately prosperous" nation.