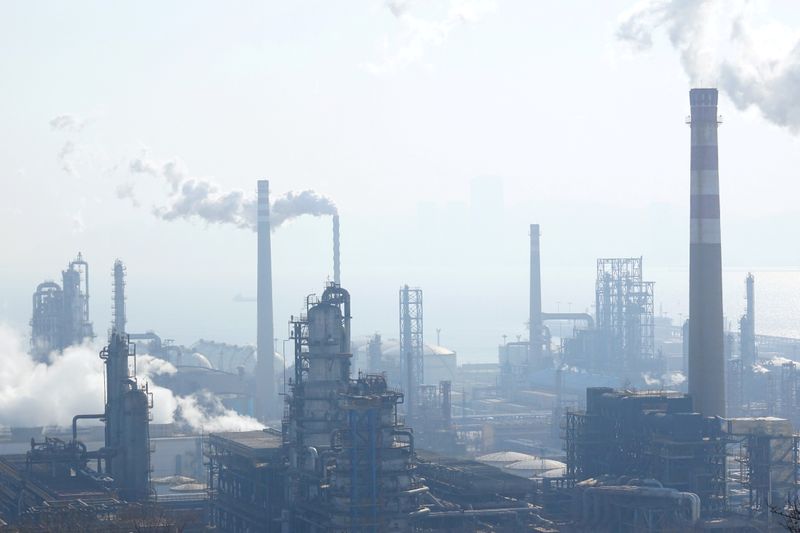 By Chen Aizhu and Muyu Xu

Already the world's No.2 oil refiner after the United States, China added 800,000 barrels per day (bpd) of capacity last year - 80% of the United Kingdom's refinery throughput - and analysts expect a further 460,000 bpd to become operational in 2020.

Domestic demand, however, has failed to keep pace. Chinese exports of diesel, gasoline and jet fuel combined jumped 20% in 2019, reaching as far as Mexico, Nigeria and Italy, and weighing on global refining margins.

Asian benchmark refining margins for diesel and jet fuel are already languishing at more than two-year lows, and any increase in Chinese shipments is expected to add further pressure.

Analysts expect aviation fuel and gasoline to lead China's export growth this year due to bulging supplies and slackening domestic consumption, with the coronavirus outbreak adding to concerns, pinching refining profits at regional exporters such as South Korea and Singapore.

China is already Asia's No.1 exporter of gasoline and jet fuel, and ranks No.3 in diesel after India and South Korea.

Still, with refinery throughput set to jump by 500,000 bpd to 620,000 bpd due to expansions and new refineries, according to analysts at FGE, SIA Energy and Wood Mackenzie, China's push will extend a bright spot for crude oil demand.

While the growth rate is down from last year's 921,000 bpd, it will still account for nearly half the increase in global oil demand forecast by the International Energy Agency this year.

Increased purchases will be a boon for exporters like Saudi Arabia, Kuwait and the United States, which is looking to boost energy product sales to China as part of Phase 1 of the trade deal.

Last month's Phase 1 pact means China needs to boost buying of U.S. oil, which is mainly light and of low-sulfur, but as the new plants are geared toward processing medium high-sulfur grades, importers will have to find a balance between their refining needs and Beijing's imperatives.

"Political fiat rather than market mechanisms will dictate flows," said Michal Meidan, director of the China energy program at the Oxford Institute of Energy Studies.

"Baseloads for the new refineries are mainly Middle Eastern grades so U.S. flows will likely push out West African or North Sea oil (of similar quality)," he said.

Curbs on air travel amid fears of a new coronavirus epidemic will further dampen jet fuel consumption, which an executive with China National Aviation Fuel Company told Reuters grew at 6.2% last year, down from 7% in 2018.

"We were forecasting growth at 6% this year (before the virus outbreak). It could only be lower," said the executive.

Exports of diesel and gasoline, however, will be capped as refiners shift production to make cleaner marine fuels to meet new international emission standards that came into force this year.