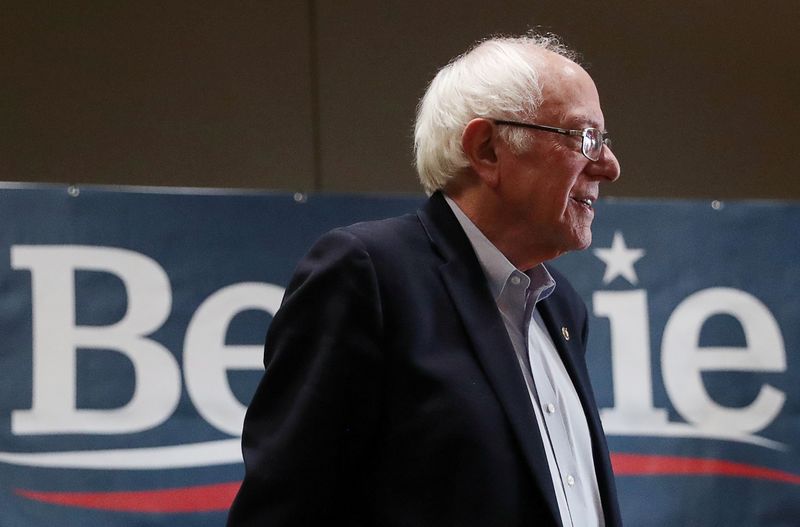 NEW YORK (Reuters) - Former Vice President Joe Biden and U.S. Senator Bernie Sanders are leading a crowded field of candidates days before Monday's Iowa caucuses, the first contest in the process of picking a Democratic presidential candidate, according to a poll released on Wednesday.

Biden was the choice of 23 percent of likely caucus-goers, the Monmouth University poll shows, slightly ahead of the senator from Vermont at 21 percent. Biden's lead was well within the survey's margin of error, meaning the two men were essentially tied.

Former South Bend, Indiana, Mayor Pete Buttigieg, at 16 percent, and U.S. Senator Elizabeth Warren of Massachusetts, at 15 percent, followed close behind. U.S. Senator Amy Klobuchar of Minnesota was at 10 percent, the only other candidate within striking distance of the top candidates.

Like other recent polls, the survey showed the candidates bunched together at the top, suggesting a tight finish as the caucus nears.

Biden was the choice among older, more moderate voters, while Sanders attracted younger, more liberal voters, according to the poll.

The Monmouth University poll was conducted by phone from Jan. 23-27, surveying 544 likely Iowa Democratic caucus-goers. The margin of error is plus or minus 4.2 percentage points, meaning results could vary that much either way.