Biden leads, while others gain momentum in bid for 2020 nomination: Reuters/Ipsos poll 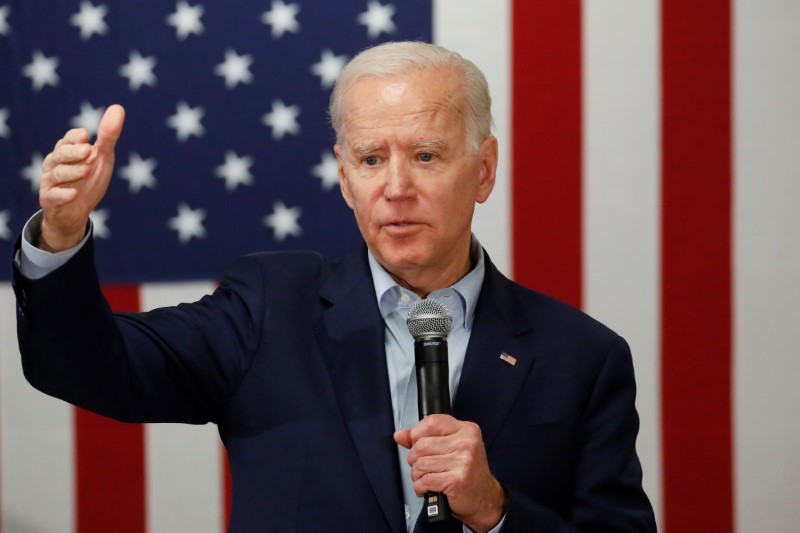 NEW YORK (Reuters) - Former Vice President Joe Biden leads other candidates for the Democratic presidential nomination, while several others appeared to be gaining momentum in their bid for the White House, according to a Reuters/Ipsos national opinion poll released on Thursday.

The Jan. 22-23 online poll showed that 24% of registered Democrats and independents supported Biden, while 20% backed U.S. Senator Bernie Sanders and 12% said they would vote for U.S. Senator Elizabeth Warren.

Biden, who served two terms with former President Barack Obama, has consistently received the largest amount of support since he entered the race last year. Yet he has not distanced himself from the pack as a clear front-runner for the nomination.

Democrats and independents are still looking closely at a variety of other candidates with under two weeks to go before the first nominating contests begin in Iowa. Among those who have picked a candidate, only 43% of registered voters say they are locked in on their choice.

Poll respondents said they considered Sanders best suited to handle issues like healthcare and the environment. And Biden is considered the best at unifying the Democratic Party and beating Trump.

Bloomberg, Buttigieg and Klobuchar have all inched higher in support, gaining a few percentage points each over the last few weeks.

The Reuters/Ipsos poll was conducted online, in English, throughout the United States. It gathered responses from 1,108 adults, including 545 people who identified as registered voters and affiliated either as an independent or a Democrat.

The results have a credibility interval, a measure of precision, of about five percentage points.