Australia inflation edges up but still below target 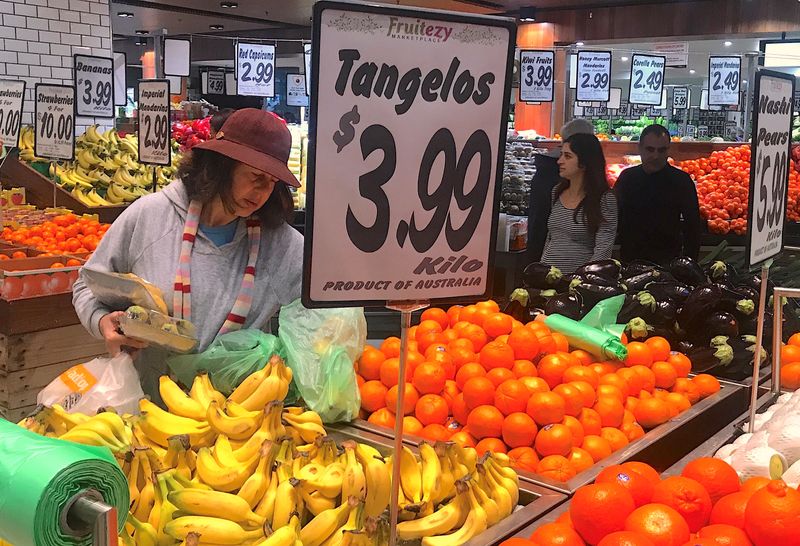 SYDNEY (Reuters) - Australian inflation ticked higher in the final quarter of 2019 but core measures remained subdued despite three interest rate cuts, suggesting the country's central bank will have to do more to revive consumer prices.

The consumer price index (CPI) rose 0.7% in the December quarter, higher than forecasts of a 0.6% increase, driven by gains in cigarettes, domestic holidays, travel, fuel and fruit prices.

The annual pace rose to 1.8%, still below the floor of the Reserve Bank of Australia's (RBA) 2-3% target band. Indeed, a key measure of core inflation was stuck at an even slower 1.6% marking four straight years below target.

This persistent weakness was one reason the RBA cut interest rates three times last year to an all time low of 1.75%, and why markets are still pricing in at least one more easing.

The central bank holds it first policy meeting of the year next week but is thought likely to stand pat given a recent welcome dip in the unemployment rate.

Futures imply a less than 15% chance of an easing on Feb. 4, though that rises to over 70% by April.

While the rate cuts to date have succeeded in reviving home prices, consumers remain burdened by stagnant wage growth and record-high debt levels.

Weeks of raging bushfires have further darkened the mood, as has the outbreak of coronavirus and its baleful impact on Chinese tourism to Australia.

Some of the increase in prices was due to drought and lower seasonal supplies of fruit, vegetables and meat. Economists expect the bushfires and the ongoing drought to further push up prices in coming months.

Ivan Colhoun, a senior economist at NAB, estimates the fires could shave 0.4% points off economic growth this quarter, while the virus could cost A$1-2 billion in lost tourism revenue.

Both were badly timed given domestic consumers were already inclined to save rather than splurge.

"There is little evidence of either tax cuts or interest rate reductions feeding into increased consumer spending," noted Colhoun.

"We continue to see two further rate cuts this year and the possibility of quantitative easing if the unemployment rate deteriorates more quickly than we forecast."