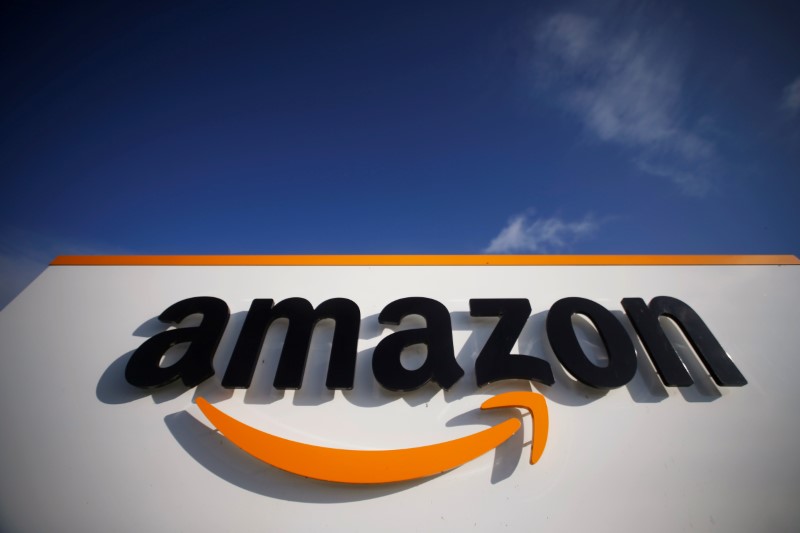 © Reuters. The logo of Amazon is seen at the company logistics centre in Boves

(Reuters) - Amazon.com Inc (NASDAQ:AMZN) said on Wednesday it filed a motion in court to pause the U.S. Department of Defense and Microsoft Corp (NASDAQ:MSFT) from carrying out an up to $10 billion cloud computing deal until a court rules on its protest of the contract award.

Amazon, originally considered to be the favorite to win the award, had indicated last week that it would file a temporary restraining order to require the Pentagon and Microsoft to hold off beyond initial activities for the contract.

Known as the Joint Enterprise Defense Infrastructure Cloud, or JEDI, the contract is intended to give the military better access to data and technology from remote locations.

In a statement, Amazon's cloud division Amazon Web Services said, "It is common practice to stay contract performance while a protest is pending, and it's important that the numerous evaluation errors and blatant political interference that impacted the JEDI award decision be reviewed."

The procurement process has been delayed by legal complaints and conflict of interest allegations. Most recently, Amazon has blamed U.S. President Donald Trump for bias against the company and for improperly pressuring the Pentagon.

Defense Secretary Mark Esper has rejected that there was bias and said the Pentagon made its choice fairly and freely without external influence.