Home Commodities $1.4 Billion of Palm Oil Is in the Crossfire as Mahathir Angers India

$1.4 Billion of Palm Oil Is in the Crossfire as Mahathir Angers India 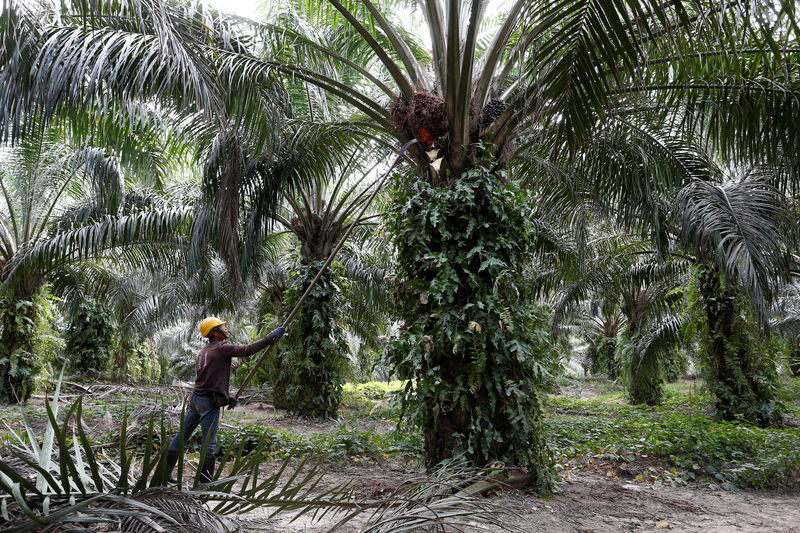 © Reuters. $1.4 Billion of Palm Oil Is in the Crossfire as Mahathir Angers India

(Bloomberg) - A brewing diplomatic spat between India and Malaysia has got an unusual victim in the crossfire: palm oil.

New Delhi abruptly restricted imports of refined palm oils this month, apparently irked by Malaysian Premier Mahathir Mohamad’s comments on steps taken by the administration of Indian Prime Minister Narendra Modi that affect Muslims in India. The South Asian country is the world’s biggest palm buyer and is a major market for Malaysia, the No. 2 producer.

While India didn’t publicly say the move was in retaliation to Mahathir’s comments, the Southeast Asian nation counts refined palm oil as an integral part of its economy and any loss in sales will deal a huge blow.

If India’s refined imports from the nation drops from about 2.6 million tons a year to reach to 2018 levels, about 2 million tons of Malaysian processed products worth $1.4 billion may need new buyers, said Khor Yu Leng, an independent economist with Segi Enam Advisors, who has published papers on Malaysia’s political economy.

Tensions between the two countries began in September when Mahathir told the United Nations that India “invaded and occupied” Kashmir and later criticized India’s citizenship amendment act. His comments made the Modi government uneasy and led to an influential processors’ group in Mumbai asking its members to avoid buying palm oil from Malaysia.

The Indian government has also informally told local importers to avoid purchasing crude palm oil from Malaysia, according to traders and industry officials, who asked not to be identified due to the sensitivity of the matter. The spokeswoman of the commerce ministry was not immediately available for comment.

Since then, many Indian palm oil buyers have started shifting to Indonesia amid concerns that Modi’s government may restrict purchases from Malaysia or hike import taxes.

The rift may not only hit Malaysia, but also hurt Indian consumers as suppliers from Indonesia have started charging a premium of $15-$20 per ton over benchmark prices, traders said. Although, Malaysia on Friday said it will raise its export duty on crude palm oil to 6% in February from 5% a month earlier, analysts said it may come under pressure to cut the levy.

“If India doesn’t buy from Malaysia, the country has to find other buyers,” said Oscar Tjakra, analyst at Rabobank International in Singapore. “Malaysia may have to change its export duties to remain attractive.”

Palm may average at 2,950 ringgit per ton in the first quarter and at 2,750 ringgit in the April-June period, Tjarka said. That compares with an average of 2,588 ringgit during the Oct.-Dec. quarter.

To minimize the blow, Malaysia has started promoting its palm oil in other markets. Primary Industries Minister Teresa Kok said during a recent visit to Pakistan that both the countries were planning to improve trade in palm oil and other commodities. While Malaysia will use diplomatic channels to reach a solution with India, the country is also exploring ways to boost palm oil shipments to central Asia, Africa and the Middle East.

Malaysia’s shipments to Pakistan surged more than 80% from a month earlier to 74,000 tons during the first 20 days of January, according to cargo surveyor SGS Malaysia Sdn. Exports to India slumped almost 49% to 30,500 tons, figures showed.

Meanwhile, rival Indonesia is cheering as it expects higher purchases by India.

Indonesia has enough supply to fulfill India’s demand, and the country is hoping to regain its export share in the south Asian nation that was lost after China overtook India in becoming Indonesia’s biggest buyer, said Mukti Sardjono, executive director of the Indonesian Palm Oil Association.

“Indonesia is bound to benefit from this but it’s negative for palm oil as a whole,” said Gnanasekar Thiagarajan, head of trading and hedging strategies at Kaleesuwari Intercontinental. “Demand will be hit badly.”