“We are desperate for any sign of hope,” Greta Thunberg tells UN climate negotiators 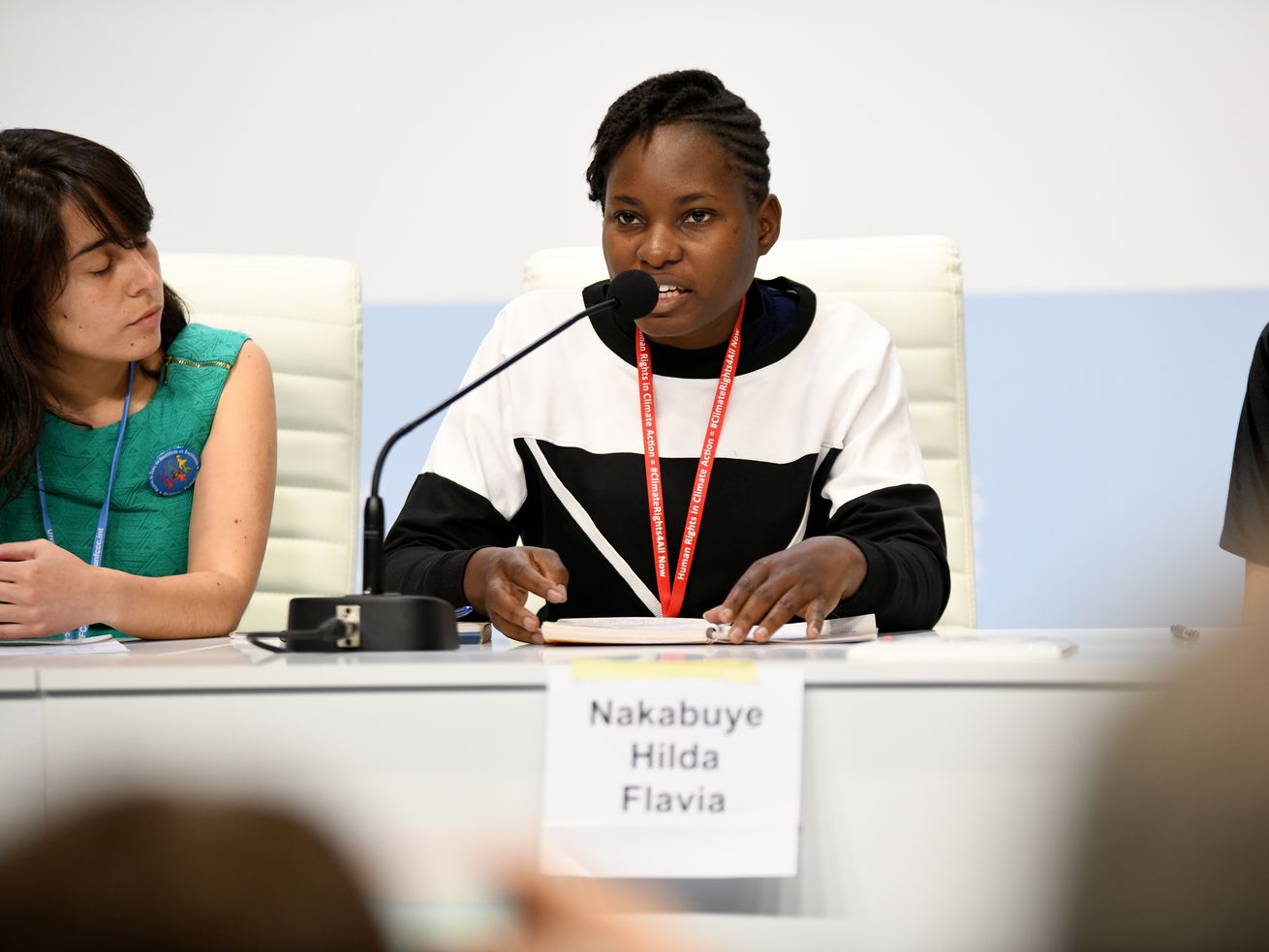 Youth activists are growing frustrated with world leaders at the COP25 climate conference in Madrid.

MADRID — Climate activists grew impatient Wednesday with the slow grind of negotiations at the UN climate conference, where countries are trying to cement the rules for hitting their targets under the Paris climate agreement.

“You’ve been negotiating for the last 25 years, even before I was born,” said Hilda Flavia Nakabuye, a 22-year-old activist from Uganda, during a high-level plenary session with negotiators. “I’d rather fail my exams than fail my generation,” she added, in defense of her choice to skip school on Friday to join fellow students in weekly climate strikes.

This year’s meeting is the twenty-fifth session of the Conference of Parties, hence its name the COP25, and it comes after a global surge in youth-led climate activism, including the largest environmental protest in history in September. It also follows a fresh batch of scientific reports highlighting the devastating impacts climate change is already having on land and oceans as countries drift further away from the goals of limiting warming under the Paris agreement.

“Finding holistic solutions is what the COP should be all about, but instead it seems to have turned into some kind of opportunity for countries to negotiate loopholes and to avoid raising their ambition,” Swedish youth climate activist Greta Thunberg told conference members.

Thunberg, who helped inspire a global school strike movement with her solitary protests outside the Swedish parliament beginning in August 2018, was also palpably frustrated that her campaigns haven’t led to meaningful commitments to curb greenhouse gas emissions.

“We are desperate for any sign of hope,” Thunberg said. “I’ve given many speeches and learned that when you talk in public you should start with something personal or emotional to get everyone’s attention, say things like ‘our house is on fire,’ ‘I want you to panic,’ and ‘how dare you.’ But today I will not do that, because then those phrases are all that people focus on. They don’t remember the facts, the very reason why I say those things in the first place.”

On Wednesday, Thunberg was named Time Magazine’s person of the year.

Across Madrid, posters, street signs, and train stations proclaimed that the world is facing a “climate emergency” and that “It’s time to act.” But climate campaigners aren’t buying the rhetoric.

Outside the COP25 venue, activists from Extinction Rebellion blocked roads and camped out overnight on Monday demanding stronger action on climate change and protections for Indigenous peoples facing violence amid the destruction of the Amazon rainforest. On Wednesday, youth activists occupied the stage during one of the COP25 events.

An emotional moment here at #COP25. Young people take over the stage and remind us that we HAVE to step up and take #ClimateAction. Our legacy to them cannot be a destroyed planet. We simply must do better. We know what to do. We have a clear deadline. We have to get on with it. pic.twitter.com/nG30Ofrrem

Behind closed doors, negotiators are trying to finalize the rules for the Paris agreement, but remain stalled on several key issues. These include how to properly account for emissions credits to avoid double counting, and how much wealthier countries should pay to compensate the poorer countries already suffering the impacts of extreme weather and rising seas stemming from climate change.

Negotiations over these points are sucking up a lot of oxygen at the COP, yet activists are skeptical that they will lead to anything meaningful.

There were some signs of progress toward reducing emissions, however. Former New York Mayor and presidential contender Michael Bloomberg highlighted on Tuesday that many US cities, states, and businesses remain committed to the Paris climate agreement and are on track to meet its goals, even though the US government is officially going to withdraw from the accord next year.

Environmental groups expect that several other countries will announce more aggressive commitments to curb greenhouse gas emissions on Wednesday. The European Commission also announced on Wednesday the details of a European Green Deal that would put the continent on track for zeroing out its contributions to climate change by 2050.

“The magnitude of the climate crisis is jeopardizing our future and life on the planet as we know it,” said United Nations Secretary General António Guterres on Wednesday. “Millions of people around the world – especially young people – recognize that we need to act now to successfully limit the worst impacts of climate disruption. That’s why they are calling on leaders from all sectors to do exponentially more to address the climate emergency.”