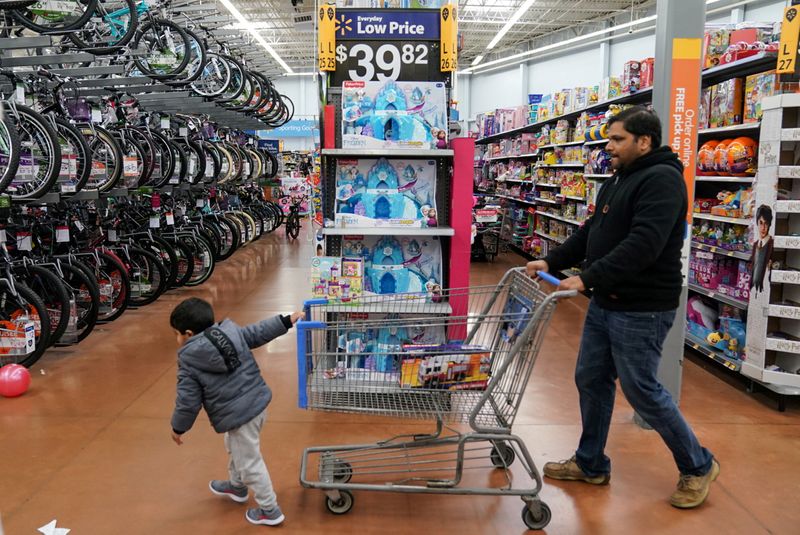 WASHINGTON (Reuters) - U.S. producer prices were unexpectedly unchanged in November as increases in food and gasoline prices were offset by declining costs for services, pointing to muted inflation despite a recent uptick in consumer prices.

The Labor Department said on Thursday the flat reading in its producer price index for final demand last month followed a 0.4% surge in October. In the 12 months through November, the PPI gained 1.1%, matching October's rise, which was the smallest increase since October 2016.

Economists polled by Reuters had forecast the PPI would rise 0.2% in November and accelerate 1.2% on a year-on-year basis.

Excluding the volatile food, energy and trade services components, producer prices were also unchanged last month after edging up 0.1% in October. The so-called core PPI increased 1.3% in the 12 months through November, the smallest gain since September 2016, after advancing 1.5% in October.

The data followed a report on Wednesday showing solid gains in consumer prices in November. The Federal Reserve, which has a 2% annual inflation target, tracks the core personal consumption expenditures (PCE) price index for monetary policy.

The core PCE price index rose 1.6% on a year-on-year basis in October and has fallen short of its target this year. November PCE price data will be published next week.

The Fed on Wednesday kept interest rates steady and indicated borrowing costs were likely to remain unchanged at least through next year amid expectations the economy would continue to grow modestly and the unemployment rate remain low. (Full Story)

The government reported last Friday that the economy added a robust 266,000 jobs in November and the unemployment rate fell back to 3.5%, its lowest level in nearly half a century. Other data on housing, trade and manufacturing have also been relatively upbeat, and suggested the economy was growing at a moderate speed rather than stalling.

In November, wholesale energy prices increased 0.6% after rebounding 2.8% in October. They were supported by a 2.3% rise in gasoline prices, which followed a 7.3% surge in October.

The cost of services dropped 0.3% last month, the biggest drop since February 2017, reversing October's 0.3% gain. Trade services, which measure changes in margins received by wholesalers and retailers, dropped 0.6%, accounting for over two-thirds of the drop in prices for services last month.