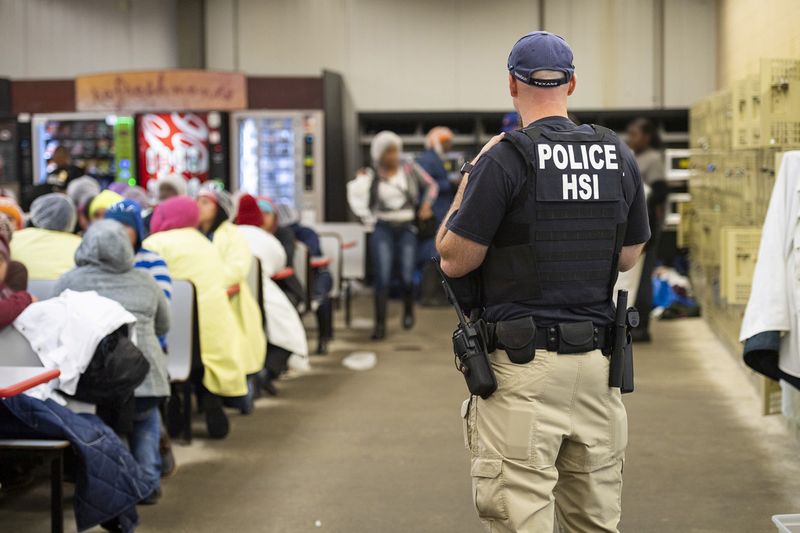 WASHINGTON (Reuters) - Non-border immigration arrests in the United States fell by 10 percent in the year to September from a year earlier, the latest U.S. data shows, a drop the head of Immigration and Customs Enforcement (ICE (NYSE:ICE)) said was partly due to the diversion of the agency's resources to the border.

The figures were included in an annual ICE enforcement report reviewed by Reuters and set to be released on Wednesday.

In an interview with Reuters on Monday, acting ICE Director Matthew Albence said efforts to arrest immigrants inside the United States were hampered by a surge of mostly Central American families and children arriving at the U.S.-Mexico border earlier this year, which diverted the agency's resources.

Albence said 350 of the agency's more than 20,000 employees were reassigned to deal with the border crisis at various times during the last year. Additionally, he said the arrival of hundreds of thousands of migrants meant an increased workload in detention centers and in the field.

"Simply put, there are only so many resources to go around," Albence said. "We’ve had some places where, for months at a time, fugitive operations teams were shut down."

Albence also attributed the lower arrest totals to a lack of cooperation from so-called "sanctuary" jurisdictions that don't honor the agency's requests to hold immigrants booked into local jails.

"It’s compounded by jurisdictions not cooperating with us," he said.

U.S. President Donald Trump has made immigration enforcement a central focus of his presidency and reelection campaign. He tweeted in June that immigration authorities would begin to deport "millions of illegal aliens" without legal status.

U.S. immigration officers arrested approximately 143,000 immigrants in fiscal 2019, which ended Sept. 30, down from nearly 159,000 arrests a year earlier, according to the report.

For a graphic on Trump immigration enforcement lags behind Obama, click https://fingfx.thomsonreuters.com/gfx/editorcharts/USA-IMMIGRATION/0H001QXPR9X3/index.html

However, Trump issued an executive order shortly after taking office that moved away from the Obama-era prioritization of criminal cases.

Of the total ICE arrests last year, only 64 percent of those picked up had been convicted of crimes. Driving under the influence, traffic offenses, drug crimes and immigration violations made up more than half of all convictions.

Albence addressed the possibility that his agency soon may need to grapple with enforcement against immigrants brought to the country as children and offered deportation relief and work permits through the Obama-era Deferred Action for Childhood Arrivals (DACA) program. The Supreme Court is expected to rule next year over Trump's attempt to phase out the program.

Albence said DACA enrollees ordered removed by an immigration judge "certainly" would be subject to deportation.