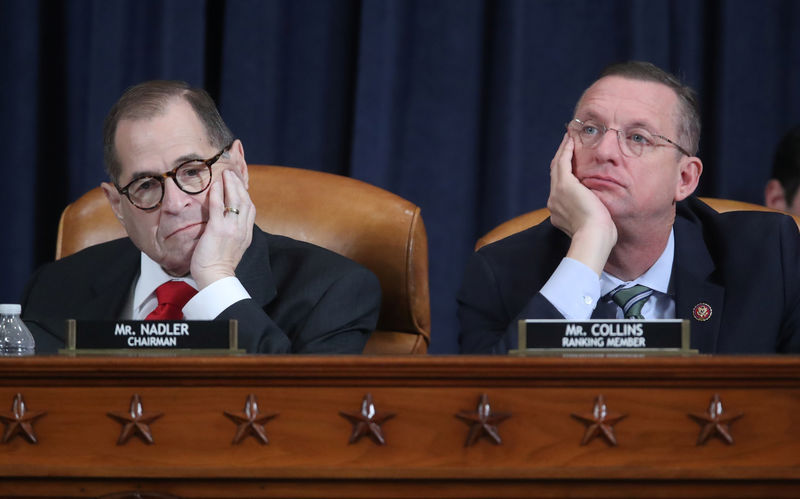 WASHINGTON (Reuters) - The Democratic head of the U.S. House of Representatives Judiciary Committee on Monday rejected Republican lawmakers' request for eight witnesses to appear as part of the panel's impeachment inquiry into President Donald Trump.

The requested witnesses fall "outside the parameters of the impeachment inquiry," Representative Jerrold Nadler said in a letter to the ranking Republican on the committee, Representative Doug Collins, as the committee heard evidence at a hearing on the inquiry.