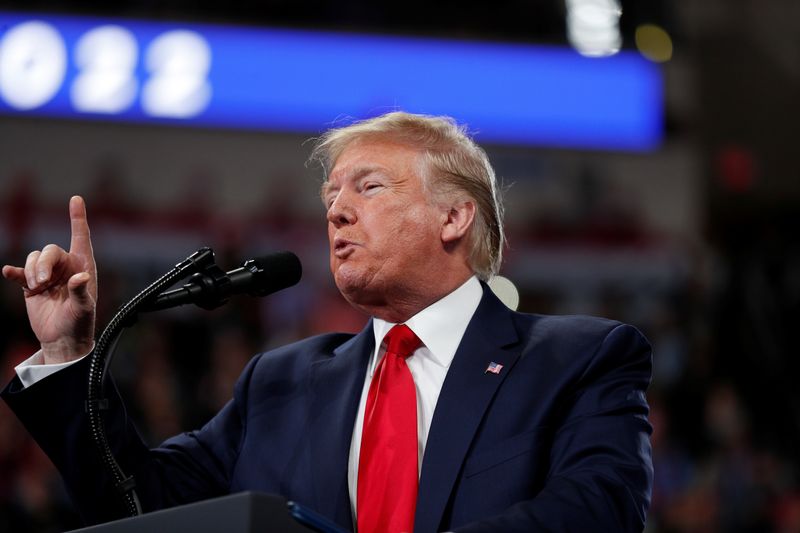 The order would extend protections against discrimination under the 1964 Civil Rights Act to people subjected to anti-Semitism on college campuses, the official said.

The order “just explains if an incident is anti-Semitic it could fall into a Title 6 violation," the official said, referring to Title 6 of the law which prohibits discrimination on the basis of race, color, and national origin in programs and activities receiving federal financial assistance.

"Just because someone is Jewish doesn’t mean they should be punished and not receive the same protections for discrimination under Title 6," the official said.

The Anti-Defamation League, which tracks acts of racism, said it recorded 201 anti-Semitic incidents at colleges and universities in 2018, down from 204 in the previous year.

Trump's plan to sign the order was first reported by the New York Times. The Republican president has been a staunch supporter of Israel.

The pro-Palestinian Boycott, Divestment, and Sanctions (BDS) movement over Israel’s policies toward Palestinians in the West Bank and Gaza Strip has gained support among some university students in recent years.

The movement, however, has received a bipartisan rebuke in the U.S. Congress and many states have passed anti-BDS measures.

Some critics argue that participating in boycotts is protected by Americans' constitutional right to free speech and that legitimate criticism of Israeli policies could be stifled under the name of combating anti-Semitism.