Trump likely to meet with advisers Thursday about Dec. 15 tariffs on China: sources 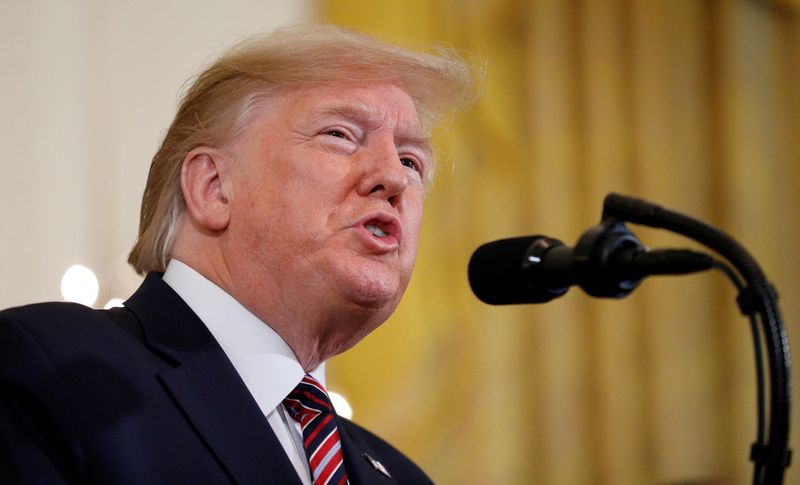 WASHINGTON (Reuters) - U.S. President Donald Trump is likely to meet with his top trade and economic advisers on Thursday to discuss whether to impose planned Dec. 15 tariffs on nearly $160 billion in Chinese consumer goods, according to two sources familiar with the plans.

One person briefed on the situation told Reuters on Tuesday a decision to move ahead with the Dec. 15 tariffs could scuttle talks to end the 17-month-long trade war between the world's two largest economies for the remainder of Trump's term.