Home World News Trump is bragging about his trade truce with China. But it’s unclear what he won.

Trump is bragging about his trade truce with China. But it’s unclear what he won. 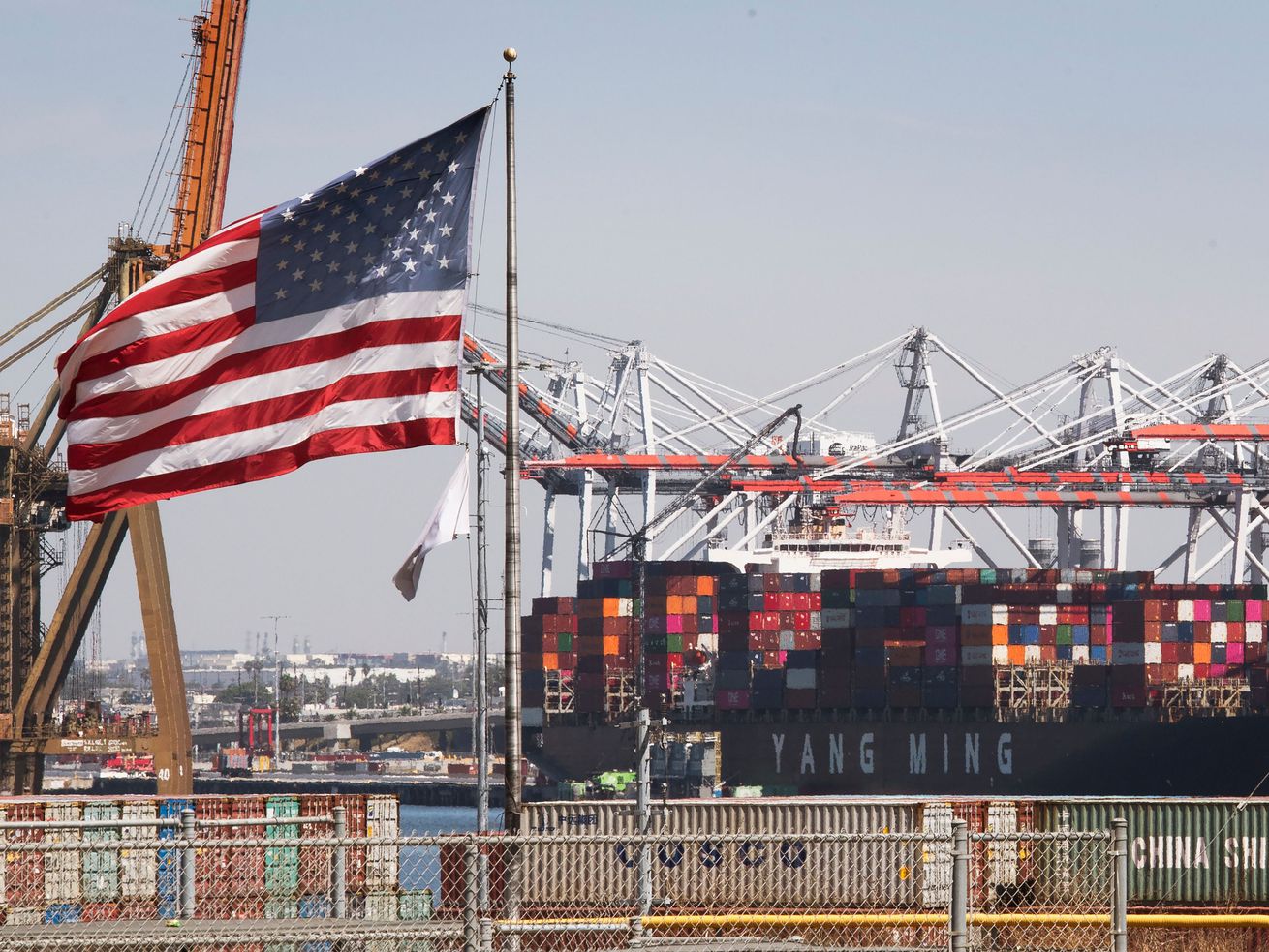 Shipping containers from China and other Asian countries are unloaded at the Port of Los Angeles amid the trade war between China and the US, in Long Beach, California, on September 14, 2019. | Mark Ralston/AFP via Getty Images

The agreement means trade should be calmer — for now.

After more than a year and a half of swapping punishing tariffs, the US and China have struck a preliminary trade deal that is set to deescalate the trade war between the world’s two largest economies.

On Friday morning, both countries confirmed the signing of a “Phase One” agreement, in which the US has agreed to reduce existing tariffs on billions of dollars worth of Chinese goods and hold off on a new set of them that would have kicked in on Sunday. In exchange, China has committed to buying US goods, including agricultural products, and new protections for US intellectual property in China.

President Donald Trump is likely to argue that the agreement, which comes just days after congressional Democrats and the Trump administration made a deal on passing the United States Mexico Canada Agreement (USMCA), is more proof of his self-proclaimed status as a world-class dealmaker.

But experts have pointed out that the policy rollout has been vague. The fact that neither country has released documents confirming the details has financial markets underwhelmed and confused. Beijing even seemed confused about whether the US was holding a press conference on the trade agreement at the same time as China was. (It wasn’t.)

But based on what’s known so far, trade analysts are viewing the agreement as more of a ceasefire in the conflict than a decisive settlement of differences.

“This is a small deal, a pause in the trade conflict that will prevent further tariff escalation and offer some tariff rollbacks in exchange for Chinese purchase commitments and a reiteration of some modest economic reforms that were already underway,” Edward Alden, a trade scholar at the Council on Foreign Relations, told me. “It has been a lot of pain, on both sides, for very little gain.”

While the long-term forecast on the trade war is unclear, there are some obvious short-term political benefits for the president. “What this does for him is to calm the markets heading into 2020, and offer some relief to US farmers who have been hurt by Chinese tariffs,” Alden said. “This should help Trump’s reelection effort.”

The agreement means trade should be calmer — for now

The new tariff reductions under the deal do not affect all Chinese goods that are currently being hit by tariffs. Trump said that a 15-percent tariff that his administration has placed on $120 billion in Chinese products in September is being reduced to 7.5 percent. The 25-percent tariff that was placed on $250 billion in Chinese goods will stay in place for now.

The new agreement also stipulates that a new raft of tariffs on $156 billion worth of Chinese goods like cellphones and toys that was set to kick in on Sunday will be canceled.

In exchange, China has agreed to purchase additional US agricultural products; develop stronger laws protecting the intellectual property of foreign companies operating in China; and act more transparently about changes to Chinese currency, which affect how easy it is to sell Chinese goods in international markets.

During a press conference with the president of Paraguay, Trump celebrated the agreement — especially China’s pledge to buy US agricultural products — as securing “big things” for the US. “The farmers are going to have to go out and buy much larger tractors,” he said.

In their public remarks, Chinese officials stopped short of committing to any details on how muchthey would buy from the US. But Lighthizer told reporters in the afternoon that China would buy $200 billion worth of additional American goods and services over the next two years, including a $32 billion increase in agricultural purchases. (That’s short of Trump’s promise in October of a $40 to $50 billion increase in agricultural purchases.)

Chad Bown, a trade expert at the Peterson Institute for International Economics, has pointed out that many other stipulations of the agreement are unclear. So far, there is no exact language indicating how China would alter its government subsidies for industries that are odds with international trade law, nor is it clear exactly how US companies in China will be shielded from having their valuable intellectual property from being stolen — a huge problem for foreign corporations in China.

“The details of the text are what matters,” Bown tweeted.

The official deal is expected to be signed in January and take effect a month later.

On the whole, as details become clearer, the agreement should theoretically bring more stability to global trade and at least somewhat reduce concern among exporters, importers, and investors that any product being shipped between the US and China could at any moment be hit by a tariff and throw a wrench into entire industries’ ability to be profitable.

But there’s no sign yet that either side has made a game-changing compromise or shift in how they approach dealing with global trade — or that there won’t be more fights to come in the future.