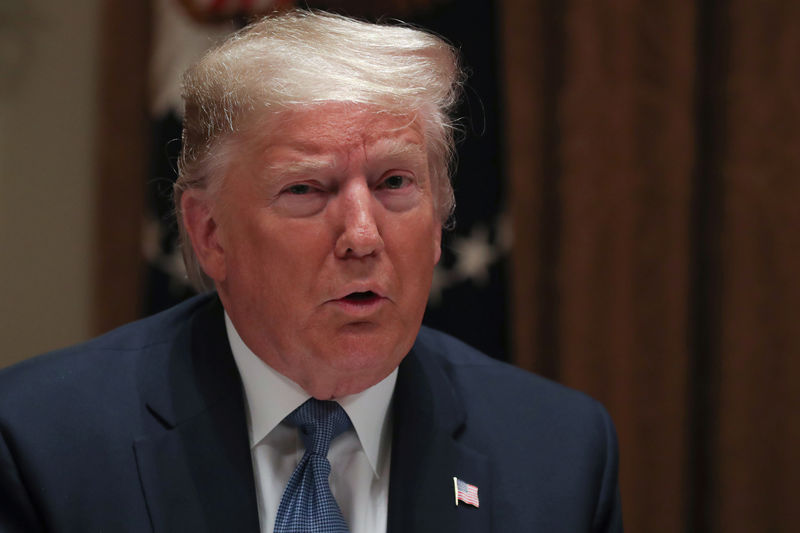 By Stephanie Kelly and Jarrett Renshaw

NEW YORK (Reuters) - The Trump administration believes it can assuage farmer anger over its biofuels policy by agreeing to use more partial waivers for oil refineries, signaling a potential solution to a protracted battle between Big Corn and Big Oil, two key political constituencies in next year's presidential election, according to three sources familiar with the matter.

The administration has spent months trying to appease farmers and corn-based biofuel producers after it granted 31 oil refiners exemptions to blending mandates in August, sparking outrage across the Farm Belt. It unveiled a proposal to address the issue in October that biofuel companies say does not go far enough to compensate for the ethanol demand destruction caused by the waivers.

The U.S. Environmental Protection Agency has delivered its proposal for 2020 blending requirements to the White House Office of Management and Budget, an EPA official said on Friday. That proposal is "similar" to the plan the agency unveiled in October, the official said.

Under the U.S. Renewable Fuel Standard, refineries are required to blend 15 billion gallons of ethanol annually. But the EPA can exempt small facilities that demonstrate compliance would hurt them financially.

The EPA has roughly quadrupled the number of waivers it grants to oil refineries since Trump became president, something the EPA says is meant to protect blue-collar refinery jobs but which biofuels producers say is killing ethanol demand.

EPA's current plan for 2020 would address the increased number of exemptions by raising the amount some refineries must blend next year, based on a three-year average of the volumes that the Department of Energy had advised the EPA to waive under the exemption program.

The corn lobby has criticized the plan, however, saying that it lacks certainty that the EPA will adequately make up for the exemptions going forward. The group argues that it should instead account for actual amounts waived by the agency since the EPA in recent years has been waiving higher volumes than the DOE advised.

The EPA declined to comment further on partial exemptions.

On Thursday, EPA chief Andrew Wheeler told a biofuels company that the agency is working to address industry concerns, according to a source familiar with the matter.

Wheeler acknowledged in the call that the industry wants greater certainty on blending requirements and said the agency was working to address the issue, the source said.

Wheeler said in discussions with other biofuels companies on Thursday that if the DOE recommends a partial exemption, the EPA will follow that guidance, another source said.

Any effort to change the current 2020 blending proposal to help the biofuel industry is likely to upset refiners, who say RFS requirements are costly and unfair.

The discussions reflect the difficulties Trump has faced seeking to please both the oil and corn industries, whose support he is relying on in next year's election.