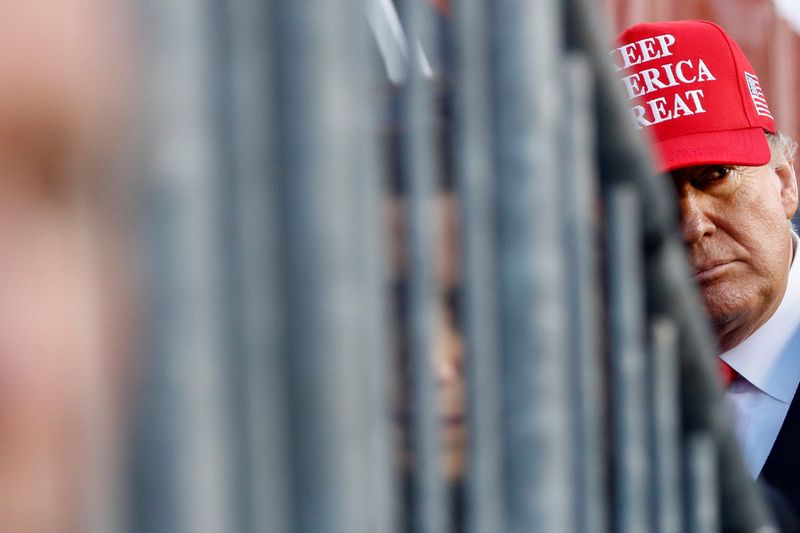 WASHINGTON (Reuters) - Top Democrats in the U.S. House of Representatives made a last-minute pitch to Republicans on Sunday for why they should put partisanship aside and vote to impeach President Donald Trump.

Trump is expected to become the third U.S. president to be impeached when the full Democratic-led House votes on the charges, likely this week, setting up a trial in the Republican-controlled Senate.

Schiff and House Judiciary Committee Chairman Jerrold Nadler, speaking on the same show, said lawmakers have a constitutional duty to hold Trump to account for trying to recruit Ukraine to launch a corruption investigation into his Democratic political rival Joe Biden.

Their comments come as the Democratically-controlled U.S. House is poised later this week to vote along party lines on whether to approve two articles of impeachment. The Republican-controlled Senate has shown little appetite for removing Trump from office.

"The misconduct hasn't stopped," Schiff said, noting that Trump has still urged Ukraine, as well as China, to investigate the Biden family, and that Trump's personal attorney Rudy Giuliani is still traveling to Ukraine to conduct a "sham" investigation.

"The threat to our election integrity ... goes on. It's a clear and present danger, I think, to our democracy and not something that we can turn away from simply because the Republicans in the House refuse to do their duty."

Both Democrats used their air time on Sunday to urge the Senate to call witnesses and seek documentary evidence that they said the White House has withheld.

Senate Majority Leader Mitch McConnell has raised the prospect of conducting a short Senate impeachment trial without calling any witnesses.

Nadler on Sunday said such a move would do a disservice to the Senate, whose members will all effectively serve as jurors who will need to weigh the evidence to decide whether Trump should be convicted and removed from office.

Some of Trump's staunch Republican defenders in the Senate have already said they believe Trump did nothing wrong, though others have taken a more cautious approach, saying they want to see the evidence first.

During an interview with CNN International at the Doha Forum in Qatar on Saturday, Republican Senator Lindsey Graham dismissed the idea that he should be a "fair juror" and said he does not see the need for a formal trial in the Senate.

But Republican Senator Pat Toomey on Sunday said on NBC's "Meet the Press", "I think we ought to hear what the House impeachment managers have to say, give the President's attorneys an opportunity to make their defense, and then make a decision about whether and to what extent we go forward from there."

Trump tweeted in response to the news: "Wow, that would be big. Always heard Jeff is very smart!"