The UK has the best voting tradition: dogs at polling stations 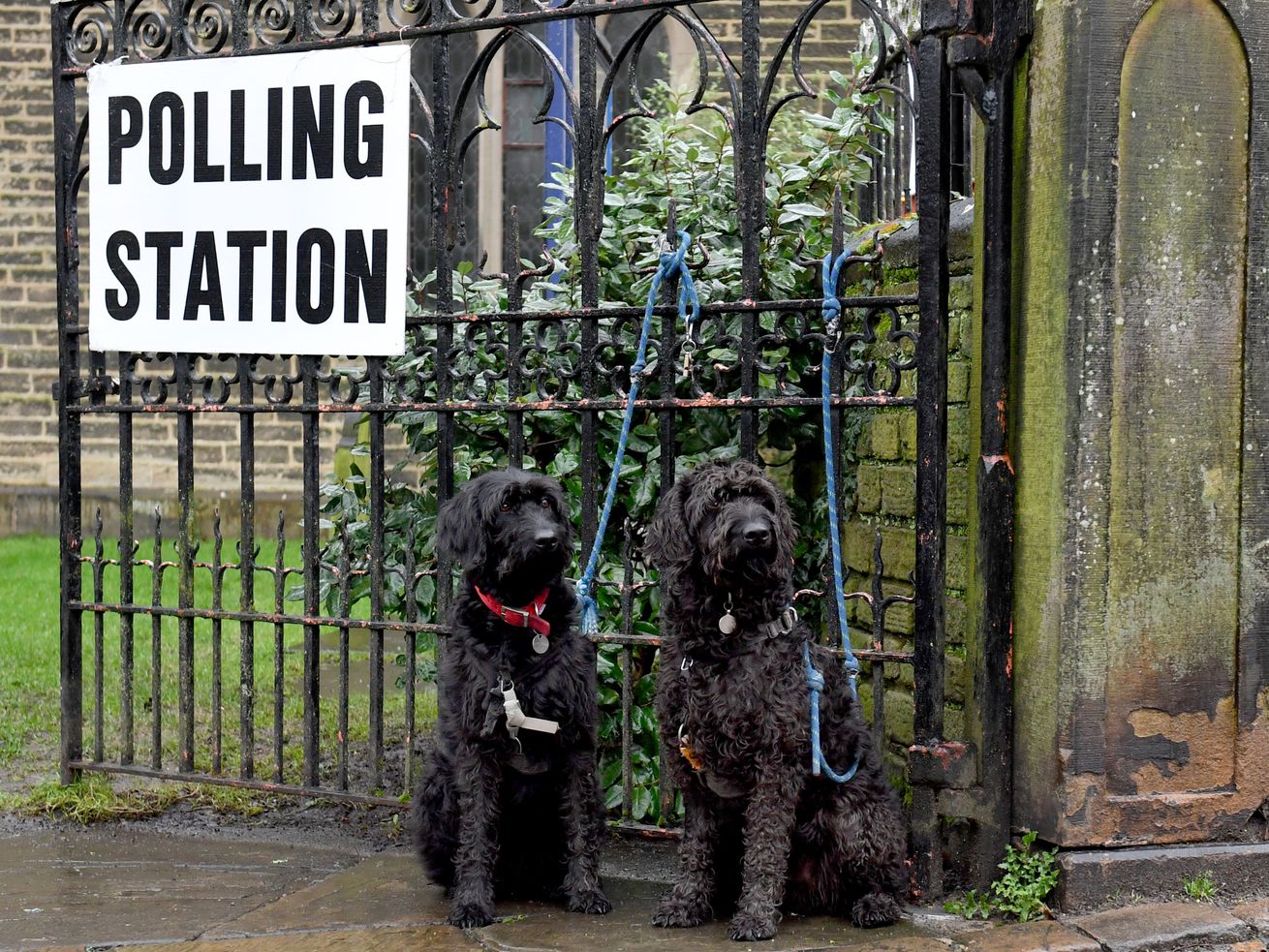 Forget politics, focus on the puppies!

The United Kingdom is voting in one of the most consequential elections in years, with the outcome determining the future of Brexit and potentially reshaping the UK’s place in the world.

But forget all that for a second, and look at all these good dogs!

#Dogsatpollingstations to be exact, which has become something of a voting day tradition in the UK. It’s pretty simple: People go to cast their vote, they bring their pups along with them, then they snap a picture outside the polling station.

It is a pure and nonpartisan respite from politics — at least until the polls close.

Thrilled to report an exceptional (and very good) turn out at Dulwich Village Polling #dogsatpollingstations pic.twitter.com/gaBtYOfB71

It’s hard to get a sense of how this all started, but the tradition really seems to have taken off after the 2016 Brexit referendum on whether to leave or remain within the European Union.

The UK has voted quite a lot since then — 2017 general elections, the European elections this spring, and this current vote — and voters have continued to indulge the internet with adorable photos of their civic-minded doggos. (And the occasional horse.)

This 2019 election is, in a lot of ways, a referendum on Brexit. Prime Minister Boris Johnson and the Conservatives — who have been leading the polls, and look as if they might win — have promised to “get Brexit done” and take the UK out of the European Union by the current January 31, 2020 deadline.

Their main challenger, the Labour Party, led by Jeremy Corbyn, has tried to shift the conversation away from Brexit to other issues like the Britain’s National Health Service. But the party has said that, if it can get back into power, it will renegotiate a brand-new Brexit deal and then put it back to the British people in a second referendum, where they can decide to leave with this new deal or stay in the EU.

Johnson brought his pooch into the polling station (which is allowed, as long as they are good boys and girls). Johnson later tried to get in on the craze with his own #dogsatpollingstations post.

Prime Minister Boris Johnson arrives at a central London polling station to cast his vote, along with his dog, Dilyn pic.twitter.com/rdnpJFV2Ju

Corbyn posed in front of the polling station sign after he voted. He did not have a dog but a protester dressed in an Elmo suit tried to crash his photo, and it was wild.

Corbyn also tried a canine-related get-out-the-vote message, so between this and Elmo, we’ll give it to him.

Real change is paw-sible.
You know what to do. #VoteLabourToday pic.twitter.com/gnkBapyQUa

Plenty of other people who will not be prime minister joined in, and that’s what makes it great, especially if those people put their pets in festive holiday outfits.

Loving these festive pups visiting their polling station!
Sandy the Chihuahua visited Catterall village hall in Lancashire with her owner Oscar Heidi the terrier stopped off at St Margaret's Community Centre in Prestwich Send in your political pooches! #dogsatpollingstations pic.twitter.com/7KIQXgGWpB

#dogsatpollingstations it may be raining but Millie is proud to have her bark heard this Christmas #ElectionDay pic.twitter.com/kpInkEJhyz

#Labour For the pack, not the fat cats. @jeremycorbyn @UKLabour #dogsatpollingstations pic.twitter.com/P3HGzh9gsY

Some voters tried to get the #dogsatpollingstations trend going in the US during the 2016 and 2018 elections, but it just hasn’t really stuck.

So look at more of these UK doggies, and ask yourself, America: Do we still really want to be doing voting sticker selfies in 2020?

My boys went with their mate Mickey to do a heckin' democracy #dogsatpollingstations @shift_plusone pic.twitter.com/052XL0nCPs

#GeneralElection2019 #dogsatpollingstations Buffy says vote to get the Tories out! pic.twitter.com/18poZCeXC1

Get out in there in the rain and
VOTE VOTE VOTE!!! humans ✊ #GeneralElection2019 #GE2109 #VoteTheToriesOut #dogsatpollingstations
pic.twitter.com/XTun7S4xK6

Dexter said get the tory bastards out just before I took this #dogsatpollingstations pic.twitter.com/8H4LCcEOz5

She went for a weird pose, but each to their own. #dogsatpollingstations pic.twitter.com/W8WcCKtoBF

When your morning walk turns into your democratic right #dogsatpollingstations @BBCNews pic.twitter.com/MX6YbxkhFm

Max would like you to know that he also had a blue jumper at home but decided that wasn’t the fit today... #ForTheManyNotTheFew #dogsatpollingstations #labour @jeremycorbyn pic.twitter.com/nIYdz1ew2t