Home Tech The Choose Your Own Adventure publishers are trying to get the phrase banned from Itch.io

The Choose Your Own Adventure publishers are trying to get the phrase banned from Itch.io 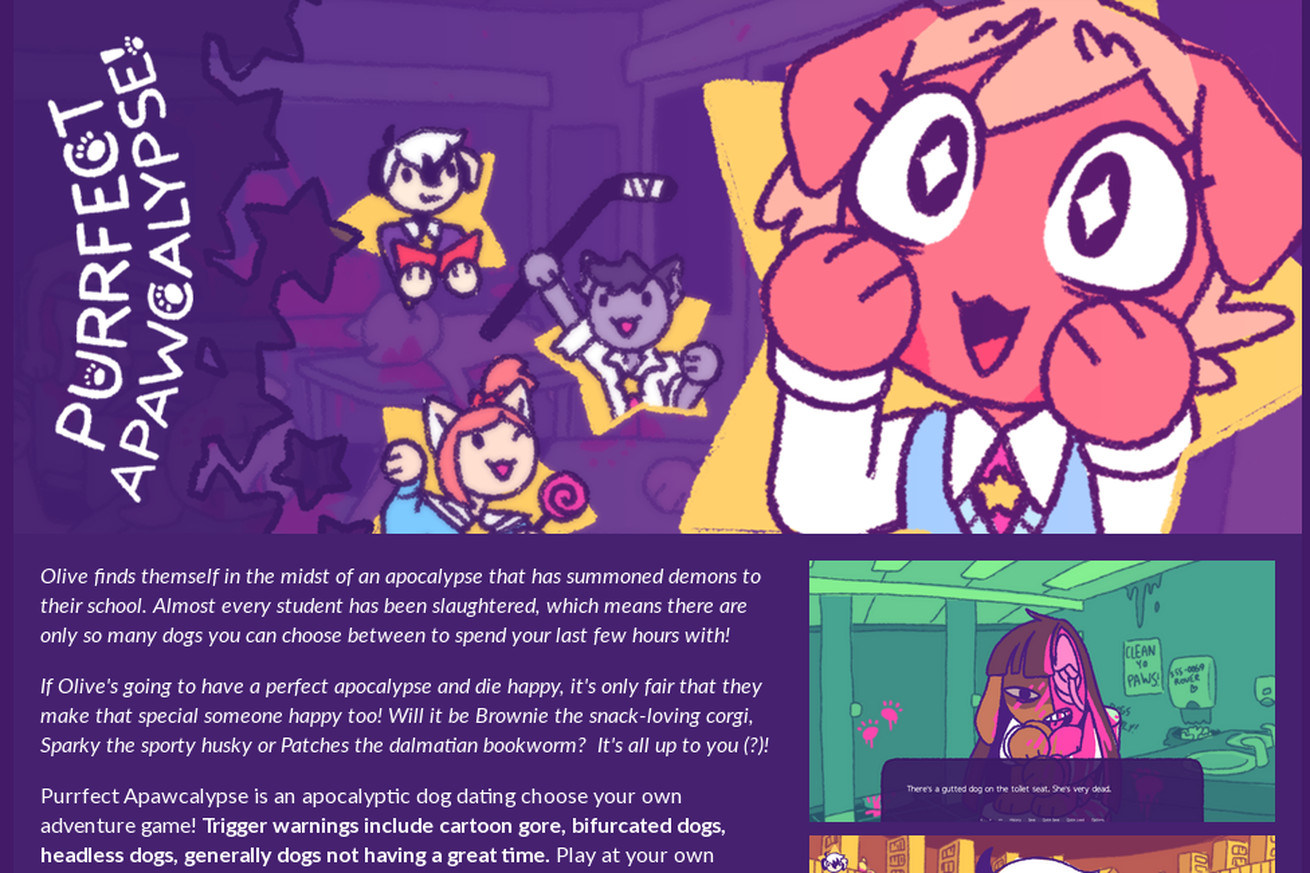 Chooseco, which publishes the famous Choose Your Own Adventure series, is apparently trying to stop indie game developers from using the phrase “choose your own adventure.” It’s sending trademark infringement notices to the Itch.io gaming storefront, and so far, they’ve resulted in four game pages being suspended.

Itch.io founder Leaf Corcoran told developers about the takedowns this afternoon. “Warning to any devs using the phrase ‘choose your own adventure’ to describe their games, Chooseco is issuing takedown notices,” he wrote on Twitter. Corcoran tells The Verge that the games include Purrfect Apawcalypse, an “apocalyptic dog dating choose your own adventure game”; a “choose your own dating sim text adventure” game called It’s a Date; an unofficial GameBoy game called Choose Your Own Adventure GB; and New Yorker writer Luke Burns’ A Series of Choose Your Own Adventure Stories Where No Matter What You Choose You Are Immediately Killed by a Werewolf, whose plot is self-explanatory.

Corcoran says Itch.io isn’t trying to fight Chooseco on this issue. “We are in no way trying to negatively represent the actions of Chooseco. We understand that they need to protect their brand and are happy to work with them to ensure that their trademark is not violated.” Chooseco apparently contacted the platform about four months ago as well, which resulted in one game getting suspended. Corcoran says his platform tries to work with developers to remove infringing content. But for now, the pages are being suspended to avoid problems with Itch.io’s web host. Chooseco didn’t immediately respond to a request for comment.

warning to any devs using the phrase "choose your own adventure" to describe their games, Chooseco is issuing takedown notices to @itchio for trademark infringement. Example game page they went after: pic.twitter.com/YG0JGUoHAA

Chooseco has enforced its trademark on “choose your own adventure” before. It sued Chrysler in 2007 over a Jeep marketing campaign that used the phrase, and more recently, it alleged that Netflix had violated its trademark in Black Mirror: Bandersnatch. But both those cases involved high-profile projects by large corporations, while the games above are small and fairly obscure.

Mainstream publishers have found clever ways to get around the trademark. A Gravity Falls branching-choice book, for example, is billed as a “Select Your Own Choose-Venture” novel. And you can’t officially tag a game as “choose your own adventure” on Itch.io; it’s automatically converted to “interactive fiction.”

Even so, an Itch.io search for “choose your own adventure” still turns up a lot of results. (The common abbreviation “CYOA” also apparently hasn’t triggered any notices.) It’s a widely accepted informal genre name, and Itch.io is a platform that favors offbeat, often free-of-charge games from independent developers. But Chooseco’s takedown notices make clear that these games are still on trademark holders’ radar.