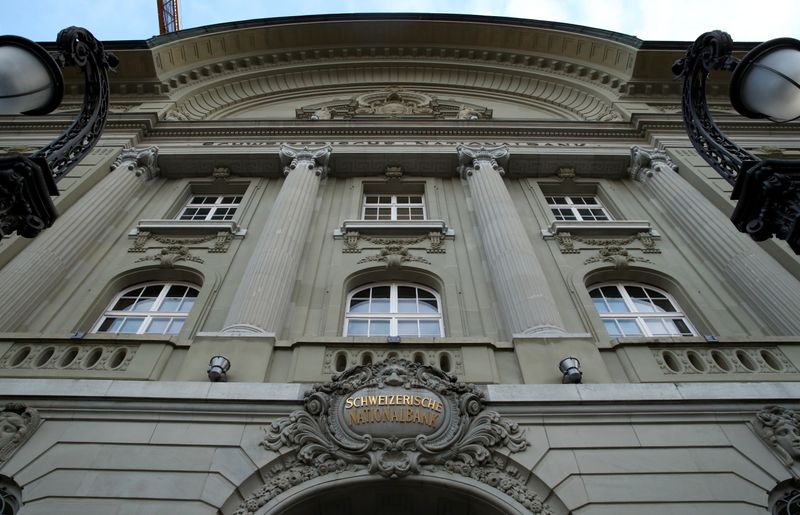 BERN (Reuters) - The Swiss National Bank kept its ultra-expansive monetary policy in place on Thursday as it seeks to fend off economic risks it sees "tilted to the downside," despite criticism in Switzerland of its negative interest rates to tame the safe-haven franc.

The SNB froze its policy rate at -0.75%, as expected by all analysts in a Reuters poll. It also maintained the rate it charges on commercial banks' sight deposits at -0.75%.

The central bank pledged to remain active in the currency markets to ease upward pressure on the franc, which has gained 3% in value against the euro () this year. The SNB continued to describe the franc as "highly valued," as predicted in the poll.

The SNB downgraded inflation expectations for 2020 and 2021.

"Risks to the global economy remain tilted to the downside," the SNB said in a statement. "Chief among them are still trade

tensions and the possibility of the persisting weakness in manufacturing activity spreading to the economy as a whole."

Separately, the Swiss government maintained its cautious outlook for country's economy with its latest forecasts, joining the SNB in citing trade tensions and the global slowdown that it sees weighing on growth into next year.