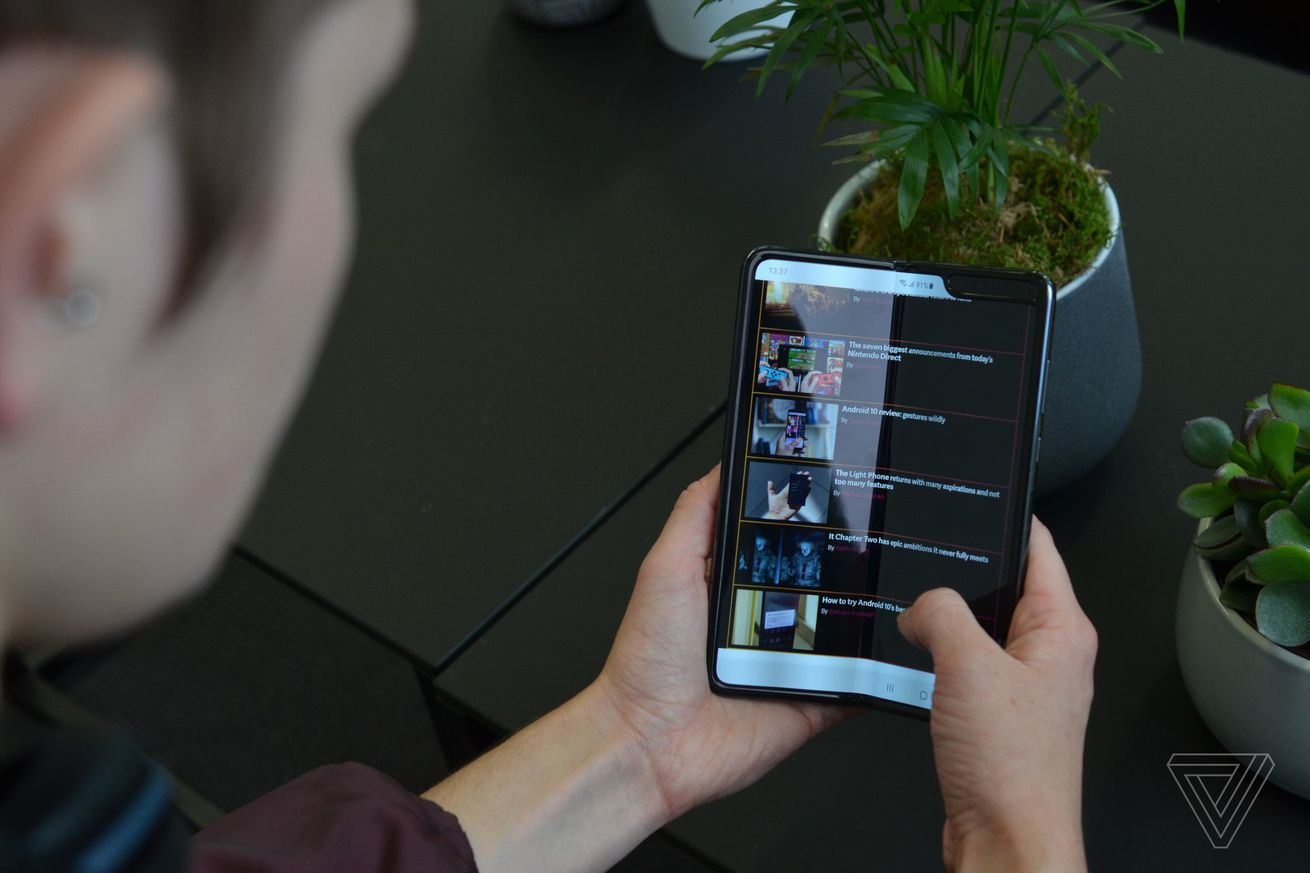 Update, 12:52PM ET, December 13th, 2019: After the original publication of this artlce, Samsung has since clarified to Korea’s Yonhap News Agency that it hasn’t actually sold one million Galaxy Fold devices, despite what executive Young Sohn said on stage earlier this week. Yonhap says a company spokesperson “said Sohn may have confused the figure with the company’s initial sales target for the year, emphasizing that sales of the tech firm’s first foldable handset have not reached 1 million units.” The company did not clarify how many Galaxy Fold devices have been sold, but it earlier said that it targeted 500,000 units for this year.

The original article follows below.

Samsung’s first folding phone may have been fraught with a stumbled launch, reliability woes, and a nearly $2,000 price tag, but that hasn’t stopped the company from finding a million people to buy the Galaxy Fold, according to Samsung Electronic’s president Young Sohn. Sohn revealed the stat onstage at TechCrunch’s Disrupt event in Berlin, stating that “there’s a million people that want to use this product at $2,000 each.” He then followed up to clarify that the company claims to have sold 1 million units of the Fold.

One million sales isn’t very much compared to the tens of millions of phones that Samsung and Apple move each quarter, but for a device that’s this expensive and this unproven, it’s surprising nonetheless. Plenty of smaller manufacturers struggle to sell a fraction of that many phones even with much lower prices.

The Fold officially went on sale in September, months later than originally planned due to numerous devices, including our first review unit, breaking in reviewers’ hands. Samsung canceled its original launch plans and went back to the drawing board, strengthening the phone’s design and revising parts of it to make it less prone to breakage.

Other folding phones, such as Huawei’s Mate X, also saw delays in shipping, likely due to concerns about durability and longevity. But that hasn’t stopped others from jumping into the fray, including Motorola, which is planning to release its new folding Razr in January.

You can watch the interview with Sohn below.