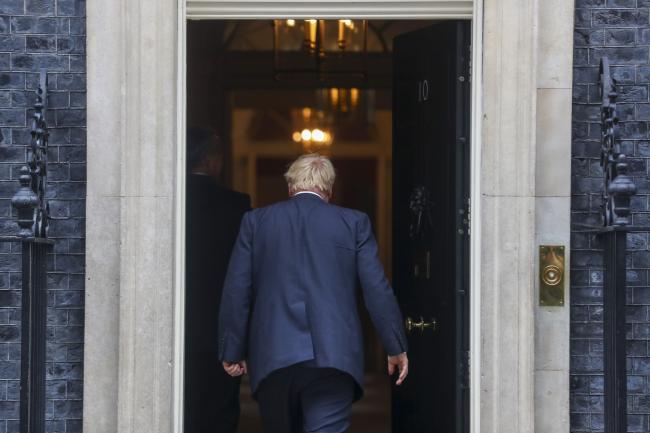 The pound strengthened Monday to a fresh two-and-a-half year high against the euro, as weekend opinion polls continued to point to a win for the ruling Conservatives in this week’s general election.

The currency also rose against the dollar after polls in Britain’s Sunday newspapers all putting Boris Johnson’s party in the lead. Though the gap between the parties has narrowed throughout the campaign, it is not enough to keep the Conservatives from returning to power this week. The weekend surveys spurred buying by European investors, according to traders.

“The pound is rallying again after markets all but fully discount a good Tory majority,” wrote Elsa Lignos, global head of currency strategy at Royal Bank of Canada, in a research note. “Friday will show whether that was a good strategy or not.”

As well as gaining 0.3% to 83.93 pence per euro, it also added as much as 0.3% against the dollar to $1.3181 Monday. The pound has strengthened 3% against the U.S. currency over the past month, as investors grow increasingly confident of a win for Johnson in the December vote. Still, the cost of hedging against a fall in the pound has also surged as the election looms, showing lingering caution following the failure of most opinion polls to accurately predict prior votes such as the 2016 Brexit referendum.

The spot rate for the pound-dollar pair continues to diverge with options, as two-week risk reversals show increased demand to hedge an unexpected outcome from Thursday’s voting. A Bloomberg survey last month found the pound would fall to $1.27 on a Labour-led coalition outcome, a more than 3% drop from current levels.

Positioning on the currency also remains mixed, with leveraged funds slashing short positions to the lowest since May while asset managers have turned more bearish on the currency, according to the latest data from the Commodity Futures Trading Commission.

“The scope for surprise at this week’s general election is sizeable,” wrote Goldman Sachs (NYSE:GS) strategists including Alain Durre in a research note. “The share of voters that are still undecided- so late in the campaign- means that even a small swing in that slice of the electorate would lead to a hung parliament.”