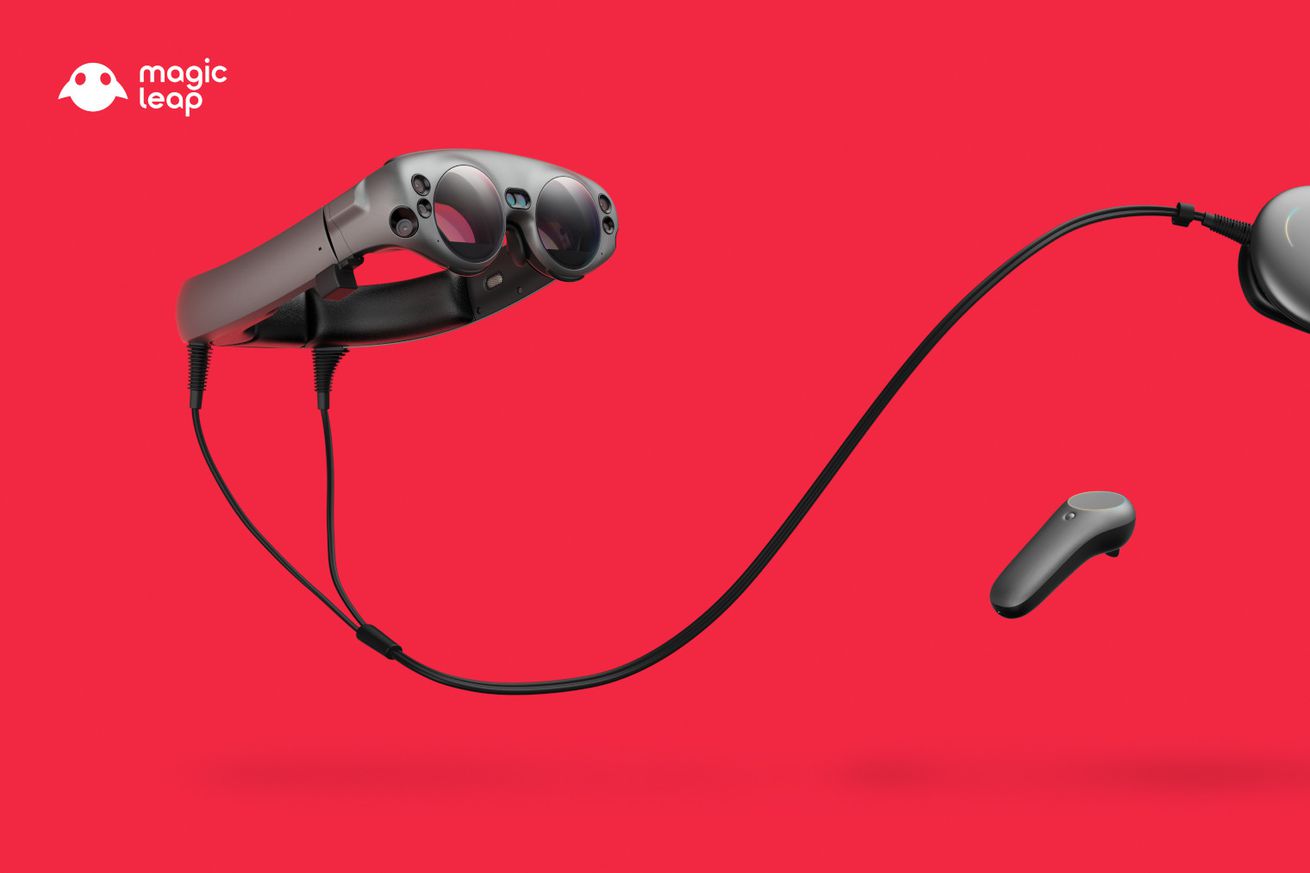 Magic Leap is pitching its headset to businesses with a new name. The Magic Leap One Creator Edition, which shipped last August, is being replaced with the Magic Leap 1, which sells for the same price of $2,295.

The Magic Leap 1 will replace the original Creator Edition, and Magic Leap’s chief product officer Omar Khan says it has “some minor updates.” But it appears visually indistinguishable from the old device, and there’s apparently no significant change in the industrial design or the optics, including the field of view and overall visual quality. Magic Leap also takes pains to avoid calling it a “next-generation” headset or even a major update — the company didn’t say when that might be coming, and reports indicate it might be years away. This update seems to be mostly symbolic, indicating that the Magic Leap headset is no longer an experiment.

There’s no word on an updated headset

The new headset will ship on Magic Leap’s own site and through AT&T, just like the old one. But it’s cast as a commercial product rather than a kit for developers or artists. Magic Leap is using this new device to launch an operating system update and a software suite that appeals to professional customers, including a virtual collaboration application called Jump, which is rolling out in beta over the coming months. Magic Leap is also selling an “Enterprise Suite” at a higher price of $2,995, offering buyers access to dedicated support, device management software, and a “rapid replace” program if a headset malfunctions.

Khan says this doesn’t mean Magic Leap is abandoning plans for consumers. But he acknowledges that there’s no significant consumer market right now — and most other AR companies have already shifted their focus to professional users. Magic Leap is aiming at four categories: virtual communication and collaboration, 3D visualization, remote training and assistance, and location-based experiences.

These markets are already crowded with competitors like Epson, Microsoft, and Vuzix. Khan believes Magic Leap can win buyers with its headset’s visual quality, the fact that it’s not tied to one software ecosystem, and its ergonomics. (Unlike most AR headsets, the Magic Leap 1 offloads most electronics to a pocket-sized wired computer, taking weight off your head.) “We’re trying to build a set of technology and platforms that enable our customers to feel comfortable using our device on an all-day, everyday basis,” says Khan. The company is starting from behind, though. Microsoft has shipped two generations of its HoloLens mixed reality headset, which also comes with a software suite.

Still, Magic Leap is trying to demonstrate that it’s already got customers and collaborators, releasing statements from around two dozen partners. Some were already known, like game engine maker Unity and manufacturing company Jabil. Some projects appear to be new, though — like airline JetBlue, which says it will test an “immersive experience” of a popular hotel destination next year. (VR headsets have already been used to show off tourist destinations.) Japanese telecom NTT Docomo, which announced a partnership with Magic Leap earlier this year, also confirmed that the Magic Leap 1 headset will launch in Japan.

This news follows several less-than-positive reports about the company, including news of layoffs and low sales. Magic Leap has said it’s raising a new round of investment, but it declined to comment on its status. And Khan was cagey about whether Magic Leap is going in the future — and whether it can turn a profit in the professional market. Like many AR optimists, he’s hoping that analysts’ big projections for the medium will pan out. “The enterprise market itself is a massive opportunity,” he says. “Everybody’s got a portent. All the numbers are big.”