Home Forex Lagarde Wants an `Economic Ballet.’ It Could Be a Mosh Pit.

Lagarde Wants an `Economic Ballet.’ It Could Be a Mosh Pit. 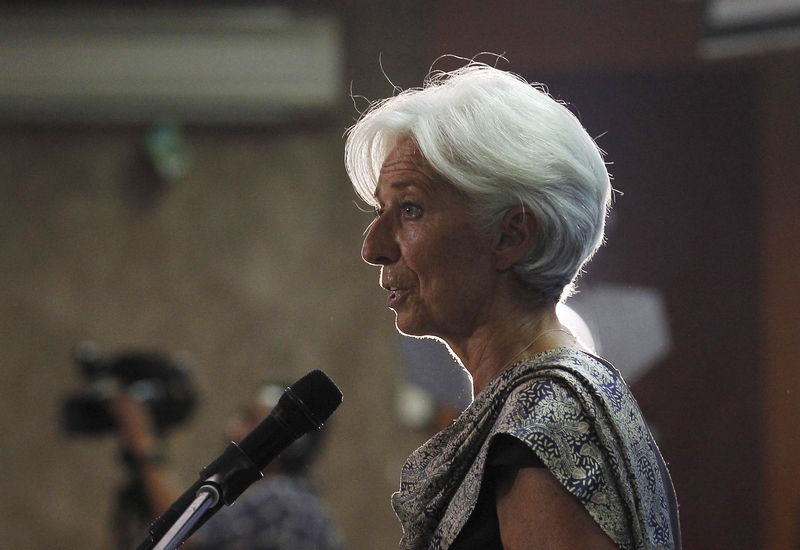 © Reuters. Lagarde Wants an `Economic Ballet.’ It Could Be a Mosh Pit.

(Bloomberg Opinion) -- Christine Lagarde started her first press conference as president of the European Central Bank by warning that she was different from her predecessor, Mario Draghi. It took reporters just a few minutes to realize that she was indeed.

Lagarde is ushering in an era of democratic central banking at the ECB, or so she wants you to believe. But questions remain about whether she’ll stray too far into politics or if she’ll be able to effectively steward a divided and riotous governing council.

For years, the ECB has been led in a deeply technocratic manner, as Draghi maintained a rigid focus on the narrow message he wanted to send. Lagarde on Thursday was much more colorful in her metaphors: She called herself “neither a dove, nor a hawk, but an owl”; referred to an upcoming strategy review as “a house we will build stone by stone”; and justified the need for a better policy mix in the euro area by saying “it takes many to dance the economic ballet that delivers on price stability and growth.” For better or worse, it was hard to imagine Draghi using that kind of language.

Lagarde is also keen to show that the ECB will be more open to the voices of all the national central banks and to the general public than in the past. She pledged to “include members of the governing council and seek their view” before making a decision, something Draghi was accused of not doing enough of. And she made clear that the strategic review — which will start in January, and is expected to “turn each and every stone” — will be open not just to the “usual suspects” but to civil society. In the ivory tower of central banking, this is a small revolution.

As Lagarde has acknowledged, there will be a tension between communicating rigorously and talking to a broader public. She asked reporters not to over-interpret her messages when she talks to people who lack technical expertise. But will this really be possible? She’s the president of the ECB, after all, and investors will be listening for hints of the central bank’s next moves every time she speaks. There’s a risk that she could create confusion, or even that market players could stop paying so much attention to her.

There’s also the question of what kind of relationship she’ll build with politicians and the public. It’s all well and good to say that she doesn’t want the ECB to “preach the Gospel but listen.” Yet politicians could interpret this message as an open invitation to meddle with central bank independence — something Lagarde considers “critically important.” The new president is adamant that the ECB should “take up the fight” against climate change, for instance; that position would put the bank squarely into the political arena, and expose it to the attacks of those who fear it has exceeded its mandate.

Finally, will the new age of democratic central banking produce effective policies? Lagarde did an impressive job on Thursday in sticking to the path the ECB had set in September. She said clearly that she wouldn’t reopen those decisions, including the controversial step of restarting asset purchases. She also made clear that she doesn’t see negative interest rates as a problem at their current level, emphasizing how lending is increasing. And she stressed that the ECB’s monetary-policy stance should be seen as a package, with different instruments acting on slightly different objectives.

Disagreements are still inevitable, however, and the question is whether this consensus-seeking president will be able to make her own voice heard, as her predecessor famously did. Lagarde is aware of the challenge: She said she knows that the strategic review will lead to controversies, but added that once a decision has been made, it should stand. As the divisions at the end of Draghi’s era show, though, keeping everyone on board can be a painful and occasionally hopeless pursuit.

With Lagarde, the era of omniscient central bankers appears to be over. “When I will not know, I will tell you that I don’t know,” she told reporters. The new president wants to be seen as a woman of the people. The euro area will soon find out exactly what that means.