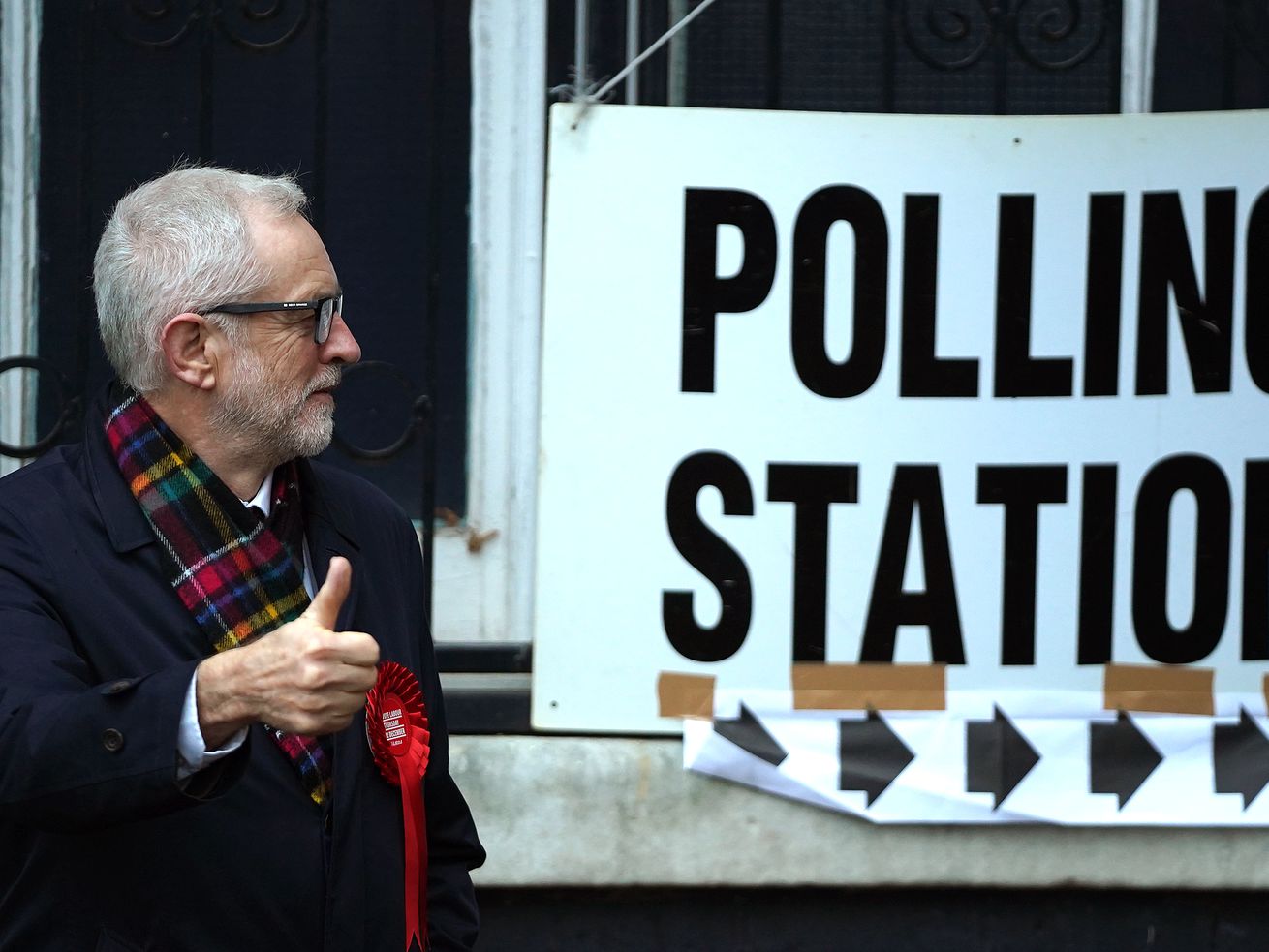 He said he would not lead the party in a future election campaign.

UK Labour Party leader Jeremy Corbyn has said he will step down early next year. His announcement came after the party’s resounding defeat by Boris Johnson and the Conservatives in the country’s elections.

“I want to also make it clear that I will not lead the party in any future general election campaign,” Corbyn said Friday.

“I will discuss with our party to ensure there is a process now of reflection on this result and on the policies that the party will take going forward.”

This election defeat, then, officially marks the close of Corbyn’s tenure as Labour leader. His rise in 2015 energized the activist, left-wing base of the party — but also terrified more moderate members who saw a Corbyn-led Labour as politically, and potentially catastrophically, toxic.

Labour officially lost nearly 60 seats on Thursday, erasing gains from the 2017 election and returning about 203 lawmakers to Parliament. While Labour succeeded in the cities, it lost seats in working-class constituencies that have historically been Labour strongholds.

But the Conservatives dismantled Labour’s “red wall” — manufacturing and mining towns that had once been the base of the party — and many observers both outside and within the party are blaming Corbyn for this failure.

Corbyn, a self-described socialist, is sometimes perceived as being too left-wing, and he’s held some radical views, particularly on foreign policy, that some of the more moderate voters in his party reject.

Corbyn’s approval rating hovered in the 20 percent range. That’s remarkable, especially because Johnson himself is a pretty polarizing figure, yet is somehow still more popular. But given the scale of Labour’s loss on Thursday, it’s hard to see a way Corbyn’s toxicity didn’t matter.

Labour had other problems, too. There have been major instances of anti-Semitism within the ranks of the Labour Party since Corbyn’s rise to power. That has led some critics to accuse him of allowing anti-Semitism to fester within the party, or at least of failing to do enough to condemn it and take seriously the very real concerns of Jewish lawmakers and others in the community.

And Corbyn himself has always been ambivalent about the European Union, making him a particularly odd fit to lead the opposition against the ardently pro-Brexit Conservatives. Labour also ran the election with a muddled Brexit policy that didn’t quite embrace Remain, but also didn’t staunchly back Leave. Amid such polarization, that stance might not have pleased anyone — especially in those traditional Labour constituencies, some of which voted to Leave in the 2016 referendum.

Labour’s failure is more complicated than just one man, even a deeply unpopular one like Corbyn. But many problems do loop back to him, and as party leader, he gets the blame for the election loss. Labour has now been out of power for nearly 10 years, and it just suffered its worst defeat since before World War II.

So Corbyn’s departure looked inevitable after Thursday night. The question now is who will replace him — and whether that person will hail from the left wing of the party, the so-called Corbynistas who helped bring Corbyn to power, or from the more moderate, centrist wing who seemed diminished with Corbyn’s rise — but who may find new support in a party that just lost to Boris Johnson.