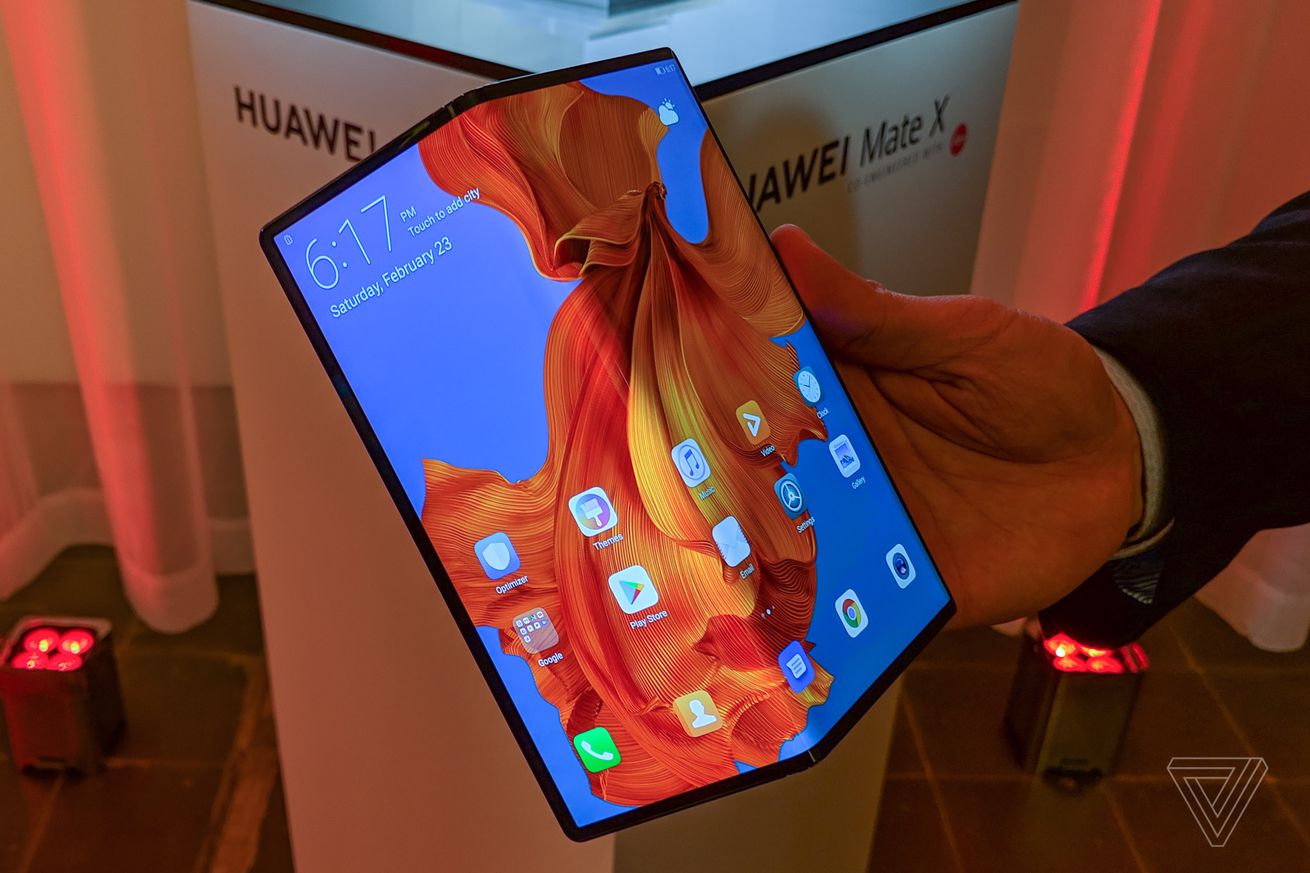 Huawei will release an improved version of its Mate X folding smartphone next year, with a better hinge, tougher screen, and faster processor. The details come from Richard Yu, leader of Huawei’s consumer business, who spoke to Frandroid during a trip to Huawei’s headquarters. Huawei also intends to bring the current Mate X to Europe, seemingly in the first quarter of 2020.

The Mate X only came out last month, going on sale in China for $2,400. Half of the foldable’s screen can flip around back, so that you have a screen on both sides when it’s folded closed. That design has made it one of the better options during the debut year of folding phones, since others — like Samsung’s Galaxy Fold — have had much more prominent hinges that create gaps or creases in the design.

Yu also teases a new design for the P40

The folding phone trend is primed to expand next year, particularly with the arrival of Motorola’s new Razr. Other companies, like Samsung, are likely to iterate on their existing designs — hopefully delivering somewhat more polished, mature products than the very extensive and fairly fragile early units we saw this year.

In addition to the Mate X news, some details also came out about Huawei’s next flagship, the P40. According to Frandroid, the phone will improve its already excellent photo quality and have better performance — basically, what you’d expect from a new model. More notably, Yu said the phone will have a new and seemingly unique design.

That said, a purported design leak today shows that the P40 and P40 Pro are likely to look like... basically what we expect from every other 2020 smartphone. OnLeaks and 91mobiles published design mock-ups showing a rectangular camera housing, much like we’re seeing on leaks of upcoming Samsung phones.

There is one quirk to the design, though. The P40 Pro is supposed to have a display that curves on the edges, and its metal back seems to come up around the corners of the display, perhaps as protection from drops.

Yu said the P40 will be announced in late March.