Home World News From animated moon poop to the church of Instagram: the Vox images that explain 2019

From animated moon poop to the church of Instagram: the Vox images that explain 2019 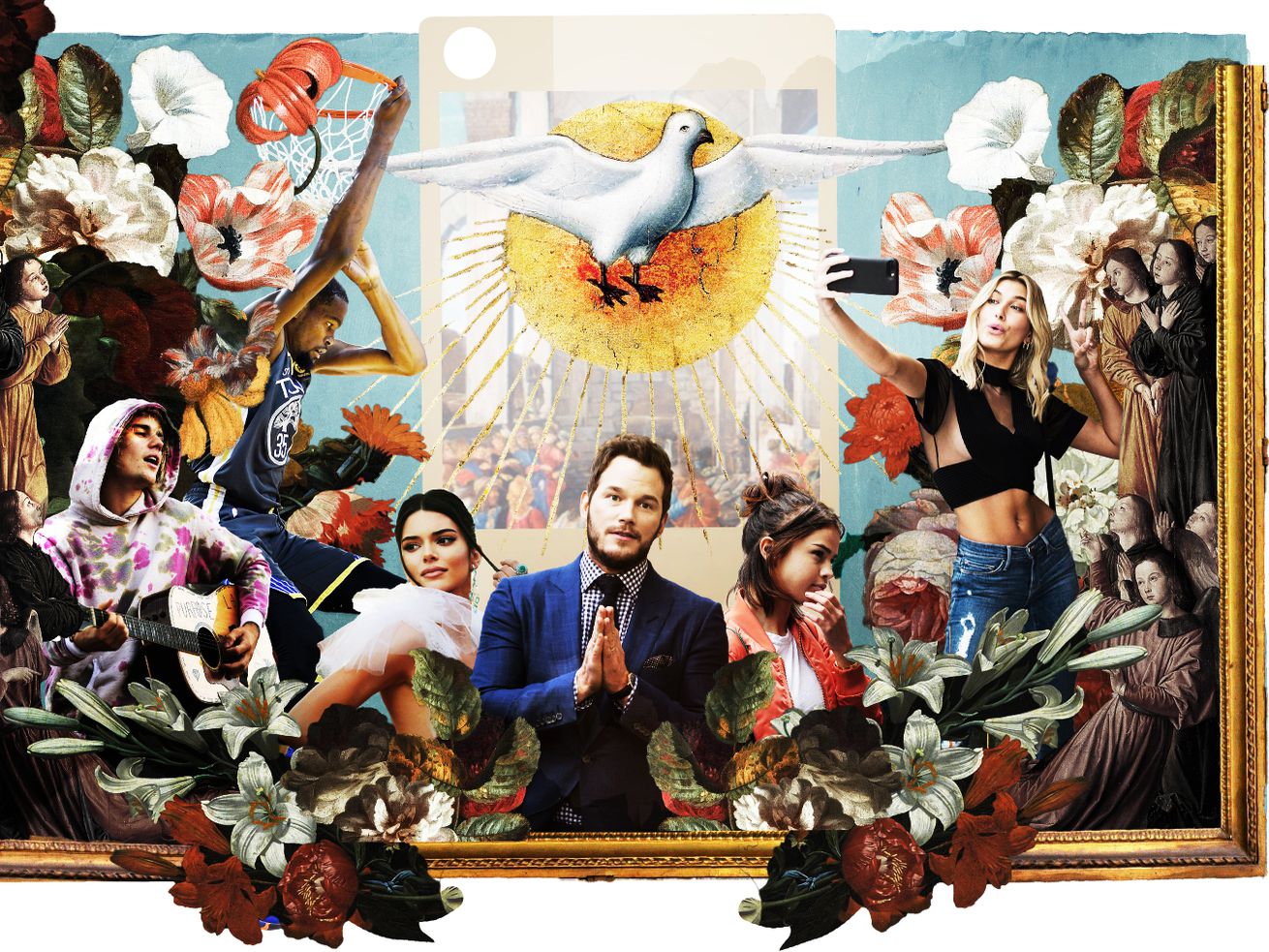 The rise of the star-studded, Instagram-friendly evangelical church; Illustration by Christina Animashaun

A sampling of our very best original photography, illustration, animation, and design this year.

At Vox, we like to explain things with lots and lots and lots of words. But when words aren’t enough, and often they aren’t, visuals become an integral part of our storytelling. As the visuals editor, I rely on our team of talented visual journalists as well as a bevy of skilled freelance photographers, illustrators, and artists to visualize complicated stories.

These journalists are often called on at moment’s notice to help us solve challenges like: “Can you show democratic rot?” “Can you explain how we left human poop on the moon?” “I need you to show us what the end of civilization looks like.” Or, “Can you photograph loss in a new way?”

I’m nearing my 20th year as a photojournalist-turned-visuals editor. The rush I felt behind the camera is replaced by the thrill of perfectly pairing a visual journalist with a story. If I do my job right, when you close your eyes and think about the piece you just read, you remember what it felt like because the visuals took you there.

These are the best photographs, illustrations, animations, and graphics Vox published in 2019, the ones that forced me to stop, think, feel (not always in that order), and consider the story. I hope they do the same for you. See y’all next year. —Kainaz Amaria

Apollo astronauts left their poop on the moon. We gotta go back for that shit.
Illustration by Javier Zarracina/Vox

I don’t eat meat. Should my dog?
Illustration by Shanée Benjamin

Plant-based meat and the knock-down, drag-out fight for the American diet
Animation and illustration by Magoz

“Heritage travel” is surging in the era of DNA testing. It has a special significance for black Americans.
Illustration by Christina Animashaun/Vox

Is America’s future capitalist or socialist?
Illustration by Christina Animashaun/Vox

We are (still) the 99 percent
Illustration by Christina Animashaun/Vox

How to avoid wedding drama
Illustration by Zac Freeland/Vox

The long shadow of “hot Jesus”
Illustration by Zac Freeland/Vox

Everyone wants to Instagram the world’s most beautiful canyon. Should they?
Illustration by Andrea D’Aquino

Perfectionism is killing us
Illustration by Jason Raish

Can monoculture survive the algorithm?
Illustrations by Elisa Cox

It’s not what Trump did. It’s what Republicans accept.
Illustration by Amanda Northrop/Vox

Capitalism is turning us into addicts
Illustration by Christina Animashaun/Vox

The way forward for Me Too, according to founder Tarana Burke
Photograph by Miranda Barnes

America has a housing segregation problem. Seattle may just have the solution.
Photograph by Jenny Riffle

“Am I a bad person?” Why one mom didn’t take her kid to the ER — even after poison control said to.
Photograph by Allison V. Smith

Will luxury towers edge out the last of the working-class Chinese in New York’s iconic Chinatown?
Photograph by Mengwen Cao

Home health aides care for the elderly. Who will care for them?
Photograph by Adria Malcolm

Meet the teens who love Bernie
Photograph by Elaine Cromie

The survivors
Photograph by Mason Trinca

Supertrees: Meet the Amazonian giant that helps the rainforest make its own rain
Photograph byVictor Moriyama

Ousman Darboe could be deported any day. His story is a common one for black immigrants.
Photograph by Desiree Rios

My own private Iceland
Photograph by Styrmir Kári and Heiðdís

These 3 supertrees can protect us from climate collapse
But can we protect them?
Photographs by Victor Moriyama (Brazil), Ardiles Rante (Indonesia), Sarah Waiswa (Congo)
Design and graphics by Amanda Northrop and Ryan Mark
Video editing by Madeline Marshall
Visuals editing by Kainaz Amaria