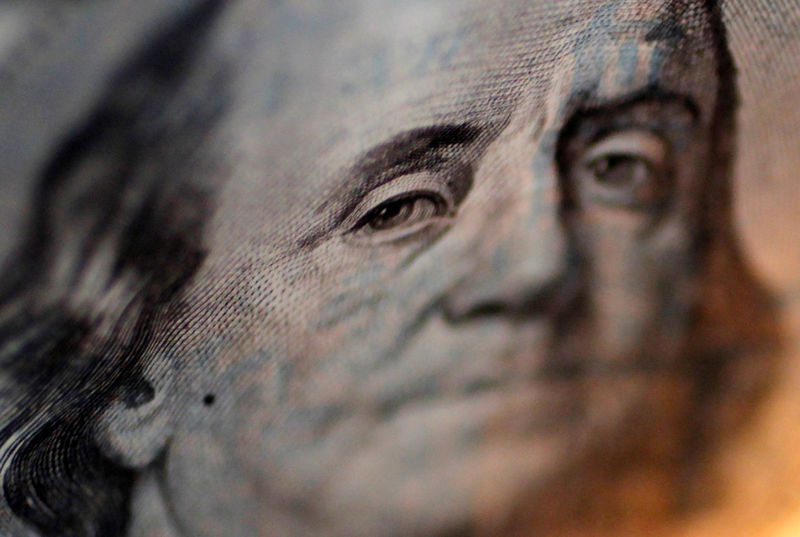 Investing.com - The U.S. dollar slipped on Thursday in Asia after the Federal Reserve kept interest rates on hold, suggesting that the current path of monetary policy was "appropriate" to support economic growth and would likely remain in place through next year.

Overnight, the Federal Open Market Committee (FOMC) left its benchmark rate unchanged in the range of 1.5% to 1.75%.

"Committee judges that the current stance of monetary policy is appropriate to support sustained expansion of economic activity, strong labor market conditions, and inflation near the Committee's symmetric 2 percent objective," the FOMC said in its statement.

In July, the Fed cut interest rates for the first time since the Financial Crisis, more than a decade ago. Two further rate cuts followed the July cut.

“In order to move rates up, I would want to see inflation that’s persistent and that’s significant,”Fed Jerome Powell at a news conference in Washington.

"A significant move up in inflation that's also persistent before raising rates to address inflation concerns: That's my view," he said.

Powell cautioned, however, that the Fed’s reluctance to hike rates again isn’t a strict, codified rule.

“We haven’t tried to turn it into some sort of official forward guidance,” he said. “It happens to be my view that that’s what it would take to want to move interest rates up in order to deal with inflation.”

On the Sino-U.S. trade front, investors remained on edge as Sunday’s deadline for the next round of U.S. tariffs on Chinese goods looms.

Reuters cited three people familiar with the matter and reported that U.S. President Donald Trump will meet with top advisers on Thursday about the deadline. The article added that it is expected that the tariffs will be enforced.

The GBP/USD pair rose 0.2% to 1.3222 ahead of a European Central Bank meeting and the U.K. election later in the day.