Finland’s new parliament is dominated by women under 35 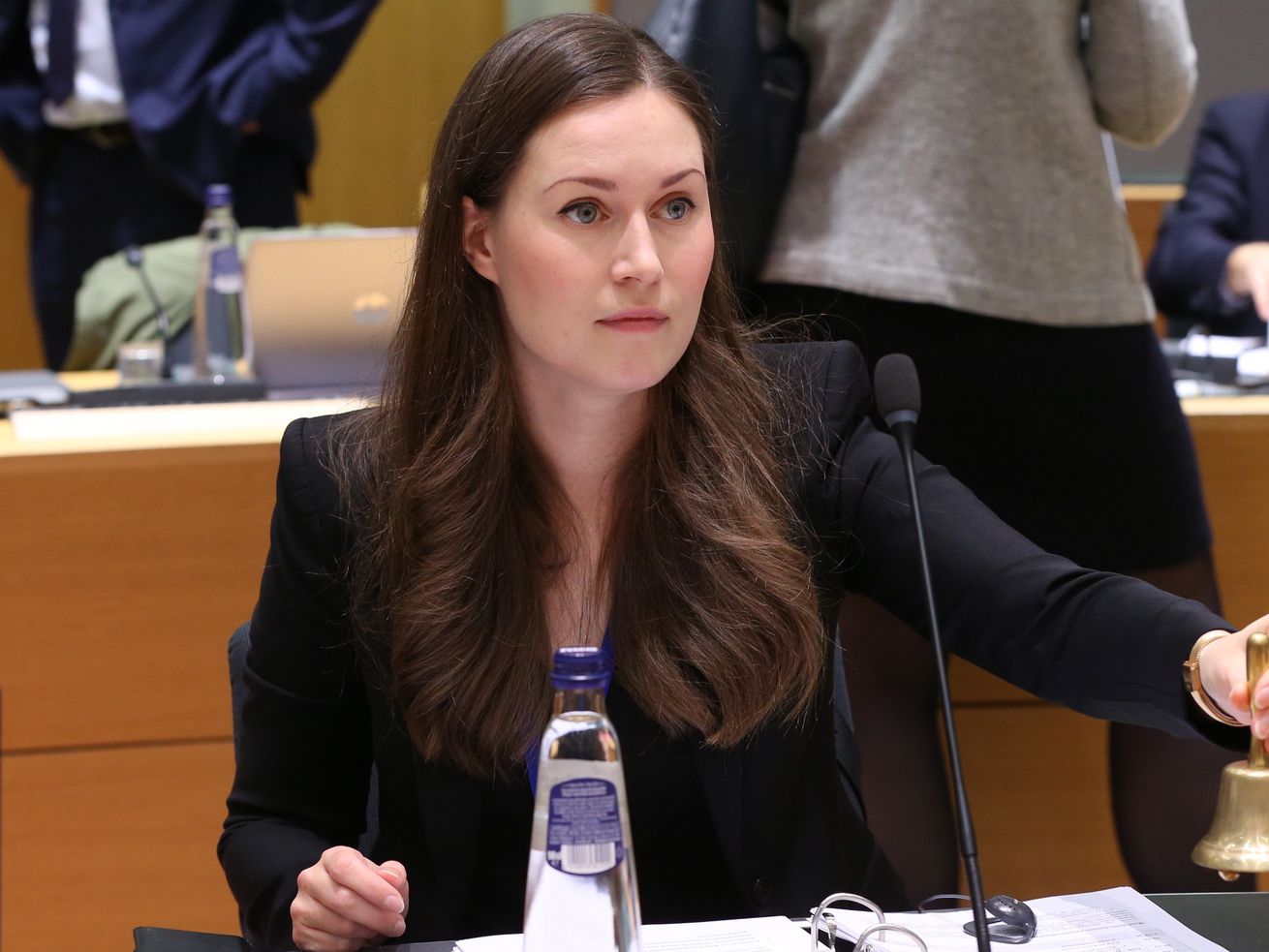 The country could have lessons for the United States.

Sanna Marin is about to assume a role that remains unusual for young women around the world. When she’s sworn in as prime minister of Finland this week, she’ll be in charge of an entire nation.

Marin, who was elected by her party on Sunday, will be the world’s youngest prime minister at 34, the New York Times reports. She will lead a coalition government with five women in top spots, four of whom are under 35.

The newly-elected Marin downplayed the importance of gender in her win, telling a Finnish publication, “I have not actually ever thought about my age or my gender.”

A comment like this might sound strange to Americans, but when it comes to women’s representation in government, Finland and other Nordic countries are far ahead of the United States.

Finland routinely ranks near the top worldwide in measures of gender equality, according to the World Economic Forum. It elected its first female prime minister in 2003, and women made up 47 percent of its parliament after elections this year. Meanwhile, in the US, women are still only less than a quarter of Congress, and female candidates for president face questions about whether they are “likable” enough to serve.

Rather than gender, Marin says she thinks about “the reasons I got into politics and those things for which we have won the trust of the electorate.” But in the US, systemic barriers prevent many women from ever getting into politics in the first place — and when it comes to achieving, or at least approaching, gender parity, Finland may have some lessons to share.

Marin, Finland’s transportation minister, was elected as prime minister by members of the left-wing Social Democratic Party after the resignation of Prime Minister Antii Rinne, Johanna Lemola and Megan Specia report at the Times. She is set to be sworn in on Tuesday.

Marin will lead a coalition government made up of five parties, all of them led by women. Four of those women are under 35: Katri Kulmuni, 32, of the Centre Party; Maria Ohisalo, 34, of the Green Party; Li Andersson, 32, of the Left Alliance; and Anna-Maja Henriksson, 55, of the Swedish People’s Party.

My party is not in government, but I rejoice that the leaders of the five parties in government are female. Shows that #Finland is a modern and progressive country. The majority of my government was also female. One day gender will not matter in government. Meanwhile pioneers. pic.twitter.com/dW8OMEOiqb

The age of the new leaders may actually be more significant than their gender, at least in Finland, since the country has long had strong female representation in government. Finland elected its first female president (the country’s head of state, separate from the prime minister), Tarja Halonen, in 2000. The first female prime minister, Anneli Jäätteenmäki, followed in 2003. Earlier this year, women won a record 93 seats in Finland’s 200-seat parliament, reaching 47 percent of that body. The previous record, 85 seats, had been set in 2011.

Meanwhile, young people have been making gains in the Finnish parliament in recent years, with 48 percent of seats after the 2019 election held by people under 45. Eight members were under 30. Around the world, Marin will be the youngest sitting prime minister — other young leaders include Prime Minister Oleksiy Honcharuk of Ukraine, 35, and Prime Minister Jacinda Ardern of New Zealand, who is 39.

The United States is far behind

The United States, meanwhile, lags far behind Finland when it comes to women’s representation in government. Women won a record number of seats in 2018, but still make up just 23.6 percent of Congress — 25 percent of senators and 23.2 percent of representatives are women.

In the executive branch, Hillary Clinton became the first woman nominated for president by a major party in 2016. Obviously, she didn’t win, and female candidates in 2020 have been dogged by questions about whether they’re “likable” or “electable.” Sen. Kamala Harris, who initially seemed like a potential frontrunner for the Democratic nomination, dropped out of the race last week.

Overall, as Vox’s Li Zhou reports, the US ranks 76th of 193 countries in women’s representation, according to the Inter-Parliamentary Union. It’s actually fallen in the rankings over the last 20 years, as other countries have improved representation.

Finland and other Nordic countries, meanwhile, consistently rank near the top in international measures of women’s equality. The country came in fourth, after Iceland, Norway, and Sweden, in the World Economic Forum’s Gender Gap Index for 2018, which measures economic, health, educational, and political equality. The United States ranked 51st.

There are a number of possible reasons for the Nordic countries’ successes. They granted women the right to vote before other countries, as Saadia Zahidi, now a managing director at the World Economic Forum, wrote at HuffPost in 2013. Finland instituted women’s suffrage in 1906, while the United States only did so in 1920 (and even then, many black women were barred from voting by voter-suppression laws and tactics, some of which continue to this day).

Meanwhile, women in the Nordic countries also benefit from policies aimed at helping women maintain careers while raising families, as Zahidi notes. That includes generous paid parental leave — including leave for fathers, which can foster gender equality at home and at work. The United States is alone among the world’s wealthy countries in mandating no paid parental leave whatsoever.

Finland, in particular, has also structured its reproductive health policy since the 1970s to promote gender equality, according to the country’s Ministry of Social Affairs and Health — permitting abortion, ensuring access to birth control, and providing sex education in schools. In the United States, access to birth control is correlated with higher educational attainment for women, greater earnings, and a narrowing of the gender wage gap.

Experts caution that the battle for gender equality in Finland is far from over. As Rick Noack reports at the Washington Post, the country still has high rates of gender-based violence. In a 2014 survey by the European Union Agency for Fundamental Rights, 47 percent of women reported having experienced physical or sexual violence, the second highest percentage of any European Union country — though, as the agency noted, differences between countries may have reflected differences in reporting as well as differences in actual experiences of crimes.

Still, Finland has reached a point where having a female prime minister is not just possible but — at least from Marin’s perspective — ordinary. In the United States, that point feels a long way off.