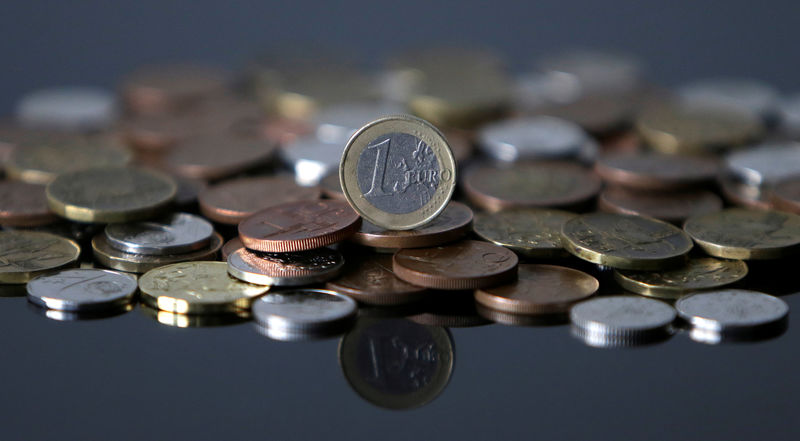 By Jason Hovet and Miroslava Krufova

PRAGUE (Reuters) - Central Europe's main currencies will struggle to appreciate in the next year, with the Hungarian forint seen sticking near record lows and only the Czech crown expected to eke out small gains, a Reuters poll showed on Thursday.

Slowing growth is a large factor taking the shine off the region's currencies, which have already been battered much of the year by rising global risks like a hotter trade dispute between the United States and China, as well as Britain's still unclear departure from the European Union.

While Central European economies have held up well so far, they are starting to show the effects of a slowdown in western trading partners, notably Europe's main engine Germany.

Hungary's forint (EURHUF=) has also been hurt by the central bank's loose monetary policy stance as its interest rates are the lowest in the region.

The currency has lost over 3% since the start of the year and hit a record low to the euro in November.

Most analysts in a Reuters poll predicted the forint would cling to these levels over the next 12 months, avoiding the same depreciation trend seen this year.

The median poll forecast showed the currency losing around 1.1% from Wednesday's level to trade around 335 to the euro over the next 12 months.

"The currency which we are underweight on is the Hungarian forint...largely because we think the monetary policy is too loose for the deteriorating current account dynamics," ING chief FX strategist Petr Krpata said.

Romania's leu (EURRON=) was also forecast to drop 1.5% to 4.85 per euro due to concerns over deficits in the country.

The Polish zloty (EURPLN=), the region's most liquid currency, was seen nudging 0.5% lower to 4.30 to the euro, unchanged from the 12-month outlook in a poll a month ago.

Caution is still seen around the fate of Swiss franc mortgage loans and their impact on the banking sector.

The zloty weakened last week after a Polish Supreme Court verdict that investors fear raises the risk that Swiss franc mortgage loans will be converted into the local currency on terms unfavorable to banks.

"Macro data continue to point to a weakening of activity," Raiffeisen Bank wrote in a Dec. 3 FX outlook report.

"Another set of news regarding the CHF mortgage issue increased concerns about the negative impact on the banking sector... Given all of the above, EUR/PLN is likely to fluctuate above 4.30 in the near term."

Analysts also said the Czech crown still stood out. It was forecast, though, to gain 0.5% to 25.43 per euro in the next 12 months.

The Czech central bank remains one of the few in Europe still debating whether interest rates should rise further to battle inflationary pressures.

"Given the carry advantage, being short euro-long crown should give positive returns," said Krpata of ING, which has made the crown its top pick in the region.