Home World News Europe now has its own Green Deal

Europe now has its own Green Deal 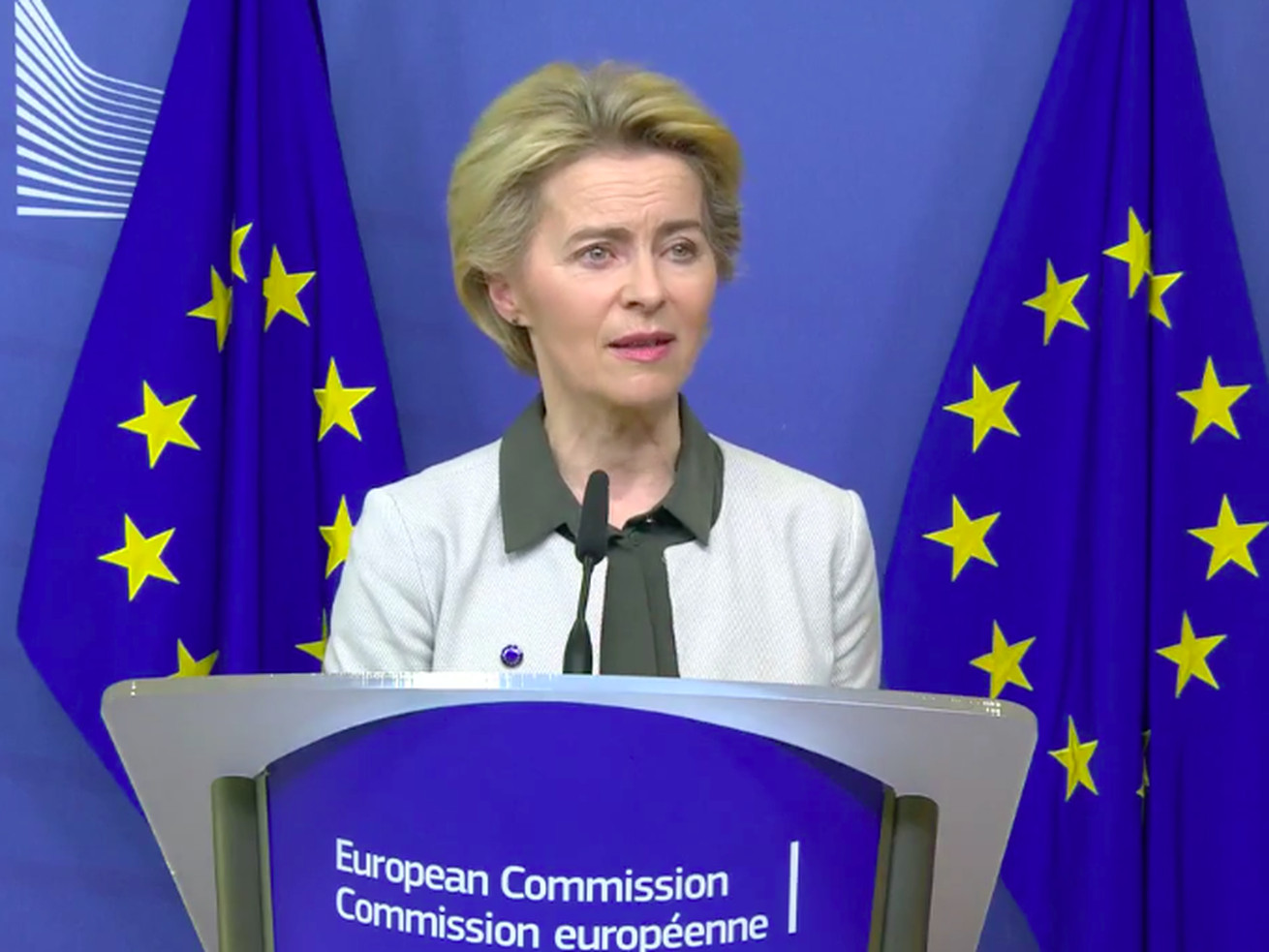 The European Union plans to eliminate its contributions to climate change by 2050. But its plan is light on how to do so.

On Wednesday, the European Commission unveiled a plan to zero out its contributions to climate change and transform Europe’s economy.

It appears to be the most ambitious vision of any government to date to address the climate crisis. But its principles, methods, and even its name are quite familiar.

Dubbed the European Green Deal, the proposal aims to make the 28 countries in the European Union “climate neutral” by 2050. Climate neutrality means emissions will yield no net impact on the climate, and includes warming effects that don't come from carbon.

Combined, these countries make up the world’s largest economic bloc, and rank third behind China and the United States in contributions to climate change. The proposal aims to meet its objectives while ensuring a just transition for workers who might be hurt in the process.

Previously, under the Paris climate agreement, the European Union committed to curbing its emissions 40 percent below 1990 levels by 2030 and set no definite goal for 2050. The European Green Deal raises the 2030 target to 50 percent reductions and sets the 2050 target at 100 percent. It’s a drastic increase in climate change ambition from the bloc.

“This is Europe’s man on the moon moment,” said European Commission President Ursula von der Leyen during a press conference on Wednesday. The announcement comes as negotiators from around the world are gathered in Madrid, Spain, for a United Nations meeting called COP25 to resolve the stubborn outstanding issues of the Paris climate agreement.

EU officials said fighting climate change doesn’t have to disrupt economic growth, and that Europe has the track record to prove it. Between 1990 and 2018, the EU’s emissions fell by 23 percent, but its gross domestic product grew by 61 percent.

“The European Green Deal is our new growth strategy,” von der Leyen said. “It is a strategy for growth that gives more back than it takes away.”

The agenda targets every sector of the economy — agriculture, transportation, industry, ecology — and allocates funding to the people who may lose their jobs or see their communities reshaped by the move toward cleaner energy.

The plan was adopted by the European Commission’s college of commissioners Wednesday and will be sent to the European Parliament and European Council for endorsement. Von der Leyen acknowledged there are still some details to be resolved and that the European Green Deal is a “broad roadmap,” rather than a definitive action plan.

But fighting climate change demands a decades-long commitment, and this bold rhetoric will have to be matched with real-world action. That’s hard when Europe is facing so many political and economic concerns.

The road to zero emissions is a long and winding one. The European Green Deal doesn’t offer precise directions for getting there. However, Europe’s a global power player, and its ambitions matter at a time when negotiators are meeting to cajole countries to do more on climate change. Here’s what’s in the European Green Deal, and what isn’t.

What’s in the European Green Deal

Much of the plan in the Green Deal right now is a plan to have a plan. The document the European Commission presented Wednesday that outlines the proposal is just 24 pages long. That’s not even a page for every country in the EU.

The proposal calls for establishing the EU’s first-ever climate law, one that would anchor the 2050 climate neutrality target and make the progress toward it irreversible in law, should another commission change its mind. And in addition to creating national climate and energy plans for each EU member state, the Green Deal calls for strategies to decarbonize sectors like industry and agriculture, as well as strategies to protect biodiversity.

The plan right now is scarce on details of what energy mix the EU will use, what technologies it will deploy, and what kinds of incentives it will leverage to drive down emissions. But much like the Green New Deal proposed in the United States, the EU Green Deal has a strong focus on innovation and worker protections, invoking similar social justice themes.

This is to allay fears that as power plants, cars, and industry shift away from fossil fuels, the workers that mined, refined, and delivered these fuels would lose their jobs. Those job losses in turn could devastate the economies of cities, and even entire countries, that depend on coal, oil, and natural gas. The deal aims to protect these workers with job retraining, buyouts, and investments in their communities.

“This transition will either be working for all and be just, or it will not work at all,” von der Leyen said. “And therefore a crucial part of the European Green Deal is the just transition mechanism.”

The mechanism would mobilize 100 billion euros “precisely targeted to the most vulnerable regions and sectors” during the transition. It also calls for subsidies to address “energy poverty” and to reduce energy bills for the EU’s poorest.

Then question for the EU, as in the US, is how they will pay for it. Right now, it isn’t clear how much this plan will cost. In supporting documents released Wednesday, the EU noted that meeting just its current 2030 emissions target would require an additional 260 billion euros in investment every year, from both the public and the private sector. So the new annual outlay would likely top this number.

The European Green Deal calls for the European Investment Bank to come up with a sustainable investment plan in the early 2020s to help close this gap while still moving in a “green direction.”

But getting the amount of money at the pace needed would likely require a more radical transformation of Europe’s financial sector. “Critically, a green direction will mean redesigning all EU instruments, including those used by the European Central Bank and financial regulators, the European Investment Bank, structural funds, investment funds and funds for small and medium-sized enterprises,” Mariana Mazzucato, an economist at University College London, wrote in the Financial Times on Wednesday.

The European Commission also noted that the Green Deal has huge economic benefits. Beyond restructuring the European economy around a growing clean energy sector, the shift away from fossil fuels would save lives. Air pollution in the EU still leads to about 400,000 premature deaths each year, so averting those deaths has a huge human and economic upside.

The EU is the largest economy in the world, so the decisions it makes as a collective reverberate throughout the world.

The border adjustment carbon tax could kick in as soon as 2021. This would hit trading partners like the United States and China, which have much weaker climate change policies, the hardest. But it would also hurt smaller countries that trade with Europe and are struggling with their own greenhouse gas footprints.

But there’s no guarantee Europe could put this plan into action, especially right now. While the EU’s economy has grown over the past few decades, there are indications that growth is stagnating. There is ample pressure across Europe for action on climate change (a big reason we’re seeing this plan now is because of the rise of Green parties across Europe), but there is also widespread public resistance against any measures that pass the costs down to citizens. This happened with the gilet jaunes protests in France last year in response to a fuel price hike. France is currently facing a general strike over proposed changes to its pension system. At the same time, EU emissions are declining, but not anywhere near fast enough to meet the benchmarks of the deal.

The EU, like every other signatory to the Paris agreement, is now facing pressure to deliver a higher Nationally Determined Contribution at the next UN climate meeting, when countries are expected to present their next round of commitments. But here too, the EU can pressure the rest of the world.

“The European Council can demonstrate leadership by adopting a more ambitious national climate commitment next year,” said Helen Mountford, vice president of climate and economics at the World Resources Institute, in a statement. “This in turn would help open the door for more major economies to put forward ambitious climate plans in 2020.”