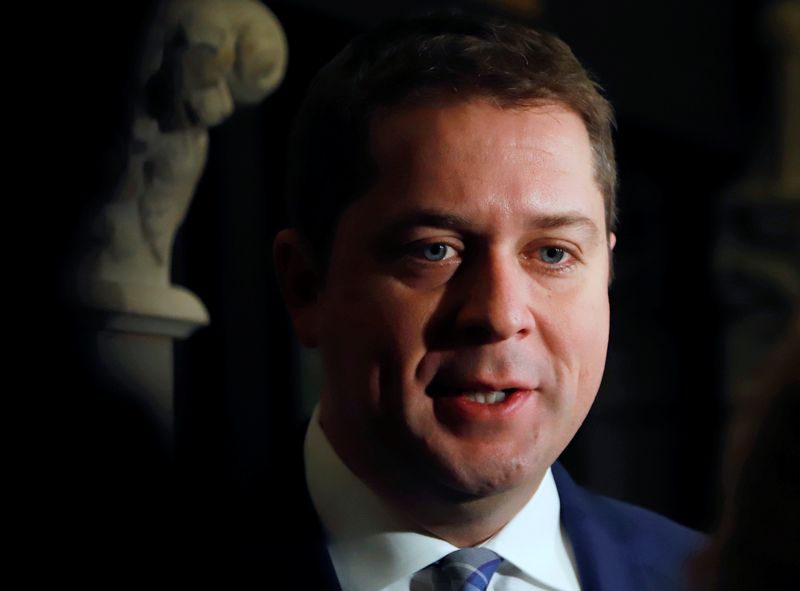 © Reuters. Leader of the Official Opposition Scheer speaks to reporters after meeting with Canada's Prime Minister Trudeau in Ottawa

OTTAWA (Reuters) - Canada's Conservative Party leader Andrew Scheer, who lost the October election to Liberal Prime Minister Justin Trudeau, announced on Thursday in the House of Commons that he has decided to resign.

"I just informed my colleagues in the Conservative caucus that I will be resigning," Scheer said on the floor of the House. "I felt it was time to put my family first."

He will stay on as party chief and head of the largest opposition bloc until the party chooses a new leader, he said.

Scheer has come under fire from within his own party since the election because he failed to defeat Trudeau, who was beset by scandals heading into the vote.

Former Conservative cabinet minister Peter Mackay, whom some consider a possible replacement for Scheer, compared the performance to a hockey player who failed to score "on an open net".