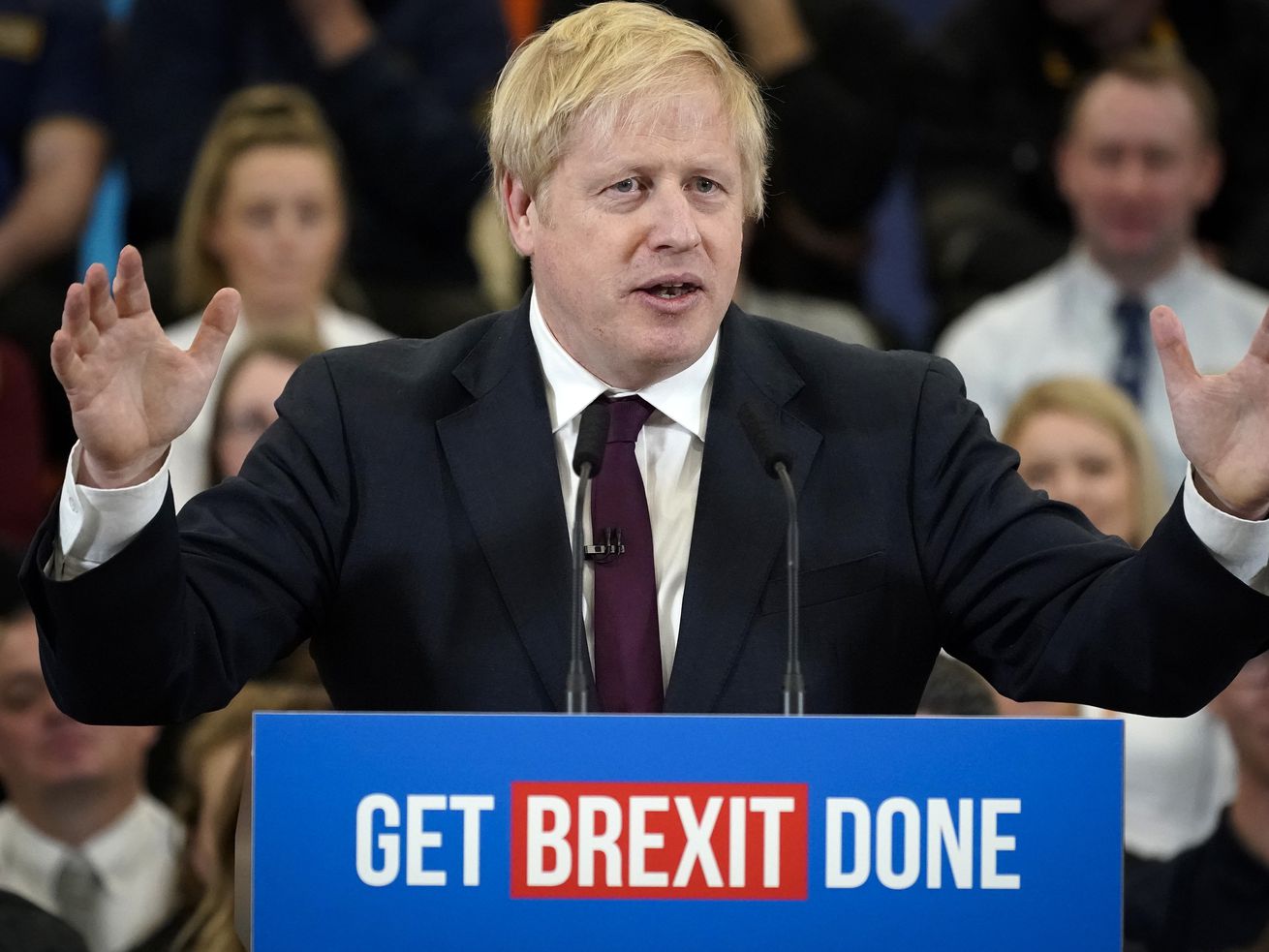 Boris Johnson needed a Conservative majority to “get Brexit done.” He more than succeeded.

Prime Minister Boris Johnson might finally be able to “get Brexit done.”

Johnson and the Conservative Party are on the verge of winning a sweeping majority in Parliament’s House of Commons in the United Kingdom’s elections this Thursday. This will deliver Johnson the mandate he needed to take the country out of the European Union by January 31, 2020.

The Conservatives picked up about 365 seats, which translates to an 80-seat majority in the 650-seat House of Commons. (The magic number was 326.) It’s a huge win for the party, and it should be more than enough to pass Johnson’s Brexit deal legislation through Parliament and finalize the UK’s divorce with the European Union.

“You’ve been paying attention,” Johnson said Friday morning, in his victory speech. “Because this election means that getting Brexit done is now the irrefutable, irresistible, unarguable decision of the British people.”

Johnson and the Conservatives were favored to win, although many polls predicted they’d do so by a much narrower margin. Johnson’s victory is fairly remarkable: Conservatives have been in power since 2010, and Johnson is a divisive figure in UK politics. Instead, he led the Conservatives to the biggest victory since 1987, under Margaret Thatcher.

Labour, the main opposition party, suffered a stunning defeat, losing more than 40 seats and sending just 203 lawmakers back to Parliament. Conservatives took seats in parts of England that have historically gone to Labour, but also tended to vote Leave, perhaps a sign that the Brexit debate is realigning traditional party loyalties.

Johnson’s main rival, Labour Party leader Jeremy Corbyn, was also unpopular with voters, as he’s perceived by some as being too left-wing. He faced additional scrutiny during the campaign over serious allegations of anti-Semitism within the party, and some pushback for Labour’s somewhat complicated Brexit policy. Labour has now been out of power for almost a decade, and this humiliating defeat — possibly Labour’s worst defeat since 1935 — will likely bring the end to Corbyn’s tenure.

The third-largest party in the UK Parliament remains the Scottish National Party (SNP), winning more than a dozen seats to bring its total up to about 48 members of Parliament.

Other parties filled in the rest, including the pro-Remain Liberal Democrats with just 11 seats — and whose leader, Jo Swinson, narrowly lost her constituency. The Brexit Party, which was just created in April, doesn’t look to have won any seats in Parliament, a sign that most of their voters ended up falling in line and voting for Conservatives, recognizing them as the only real option to deliver Brexit.

Johnson’s landslide win mean the UK is leaving the European Union on January 31, 2020. It will quell the rebellion in Parliament that roiled the Brexit debate over the past year. But even with Johnson as prime minister, and with a huge majority behind him, Brexit is far from being done — and he still may have a politically perilous road ahead.

Johnson promised to “get Brexit done.” But what does that actually mean?

Johnson’s campaign largely hinged on this Brexit commitment: that Conservatives would respect the 2016 referendum results and “get Brexit done” if elected. He put that promise on signs and on a bus and on Twitter.

Now Johnson has to deliver — and (surprise) it will not be as simple as he made it sound.Johnson is now almost certainly going to be able to push his Brexit deal through Parliament, passing the implementing legislation necessary to take the UK out of the EU in January.

But this is just the first part of the Brexit process: the terms of the divorce.And it’s almost a year overdue. It’s also the comparatively easy part. Next, the UK and the EU must figure out their future relationship — the big one being trade, but also security and political cooperation.

The deadline for that is December 31, 2020, which is the current end of the transition period after the UK leaves with a deal. (In the transition, the UK will no longer officially be an EU member, but still follow all its rules.)

This transition period can be extended for up to two years, but both the UK and the EU have to agree to that by the end of June 2020. Johnson and the Conservatives have promised they will not go beyond 2020, which means the EU and the UK will have to scramble to make a trade agreement (which typically takes years) in just a few months.

Otherwise, the UK faces the prospect of not having a trade deal with the EU, which would basically be a no-deal Brexit by another name: a crash-out of the EU’s trading structures without a plan in place.

Reaching a trade agreement in 11 months isn’t impossible, and there are probably ways to get broad agreement on some of the other issues. But many observers familiar with how the UK and the EU work are skeptical that everything can be accomplished without extending the transition period.

Michel Barnier, the EU’s chief negotiator, said in leaked audio released the day before the UK election that a deal by the end of the year wasn’t realistic. “With regards to this agreement, we will not get everything done in 11 months. We will do all we can — we won’t do it all,” he said.

Some Conservatives who backed Johnson on his Brexit deal may be less eager to rush negotiations with the UK’s most major trading partner. It’s also not clear, exactly, what kind of future relationship Johnson will negotiate. Some Brexiteers in his party want distance, but there are still some more moderate lawmakers who want closer ties.

Johnson may have won such a comfortable majority that he can be a bit more flexible, but he’ll still be up against a seriously tight timeline. Even the party of Brexit, those more moderate, pro-business members still exist. And UK’s businesses don’t want this risk.

Johnson himself might come to realize the consequences of such an ambitious promise and end up changing course — or not. This is why “get Brexit done” was such a dicey campaign promise. Even if it worked.