Home Forex As Emerging Markets Head One Way, Turkey Lira Goes the Other

As Emerging Markets Head One Way, Turkey Lira Goes the Other 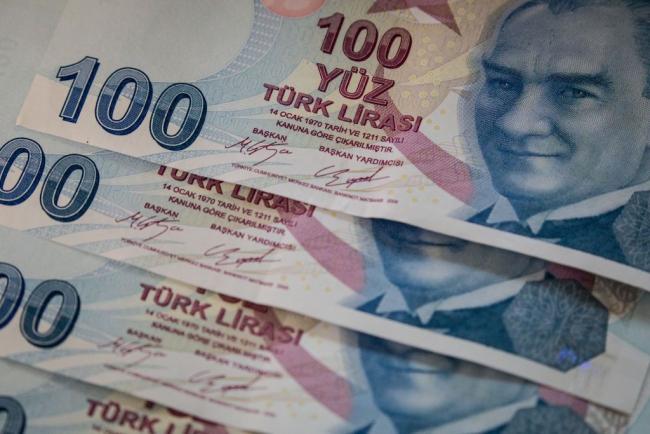 (Bloomberg) -- The last time Turkey’s lira was so out of step with other emerging-market currencies, Recep Tayyip Erdogan had just come out of prison and was trying to gain a foothold in national politics.

That was 1999. After two decades of the kind of fast-paced growth typical of developing nations, the risks from President Erdogan’s stewardship have set the currency on a divergent path to its peers. Issues including central-bank independence and potential U.S. sanctions are eclipsing global themes such as Federal Reserve policy that dictate the route for other emerging markets.

“Domestic and international factors suggest this divergence between average emerging-market performance and the specific performance of the lira will continue,” said Cristian Maggio, head of emerging markets at TD Securities in London. “Perhaps one of these factors can be overlooked. But when you have many such factors together, lasting for a long time, then it weakens the general understanding of Turkey as a fairly resilient economy.”

The 30-day rolling correlation between the lira and the MSCI Emerging Markets Currency Index is the most negative in 20 years, according to data compiled by Bloomberg. That’s not all: while the correlation shows the frequency with which the two assets move in the same direction is declining, the magnitude of shared moves is also changing.

The Turkish currency is showing a beta of minus 0.173 with the MSCI gauge this quarter, compared with 1.05 over the past 10 years. That means a one-percent gain in the index results in a slight loss for the lira. In the past decade, both moved in lockstep.

Stress in the Turkish economy built up between 2016 and 2018 when the central bank was seen as too slow to raise interest rates given a deepening of the current-account deficit. The demand for dollar funding from the government, companies and citizens added to the stress on the lira.

According to Maggio at TD Securities, the proliferation of political tension -- from geopolitical skirmishes in the region to a controversial purchase of Russian missiles -- sets Turkey apart as a unique risk in emerging markets, justifying the negative correlation.

The concerns driving other developing currencies are more global. The U.S.-China trade war has undermined growth and contributed to persistent strength in the U.S. currency. Central banks are reaching the limits of accommodation as interest-rate cuts prove ineffective in reviving growth.

Another factor that has helped separate the lira from the rest of the EM herd is its recent period of unusual calm.

After the last bouts of turbulence, authorities took steps such as tightening liquidity in offshore money markets to curb the currency’s swings. The result is that the lira has traded in a narrow range since June, despite 1,000 basis points of cuts in the benchmark interest rates, the ouster of a central-bank governor and a military incursion into northern Syria that worsened Turkey’s relationship with the U.S.

The MSCI EM currency gauge has risen 1.3% this year, while the lira has declined 9%.

(Updates the beta figure in the fifth paragraph)