Amid impeachment, Trump and Giuliani are still coordinating on anti-Biden dirt 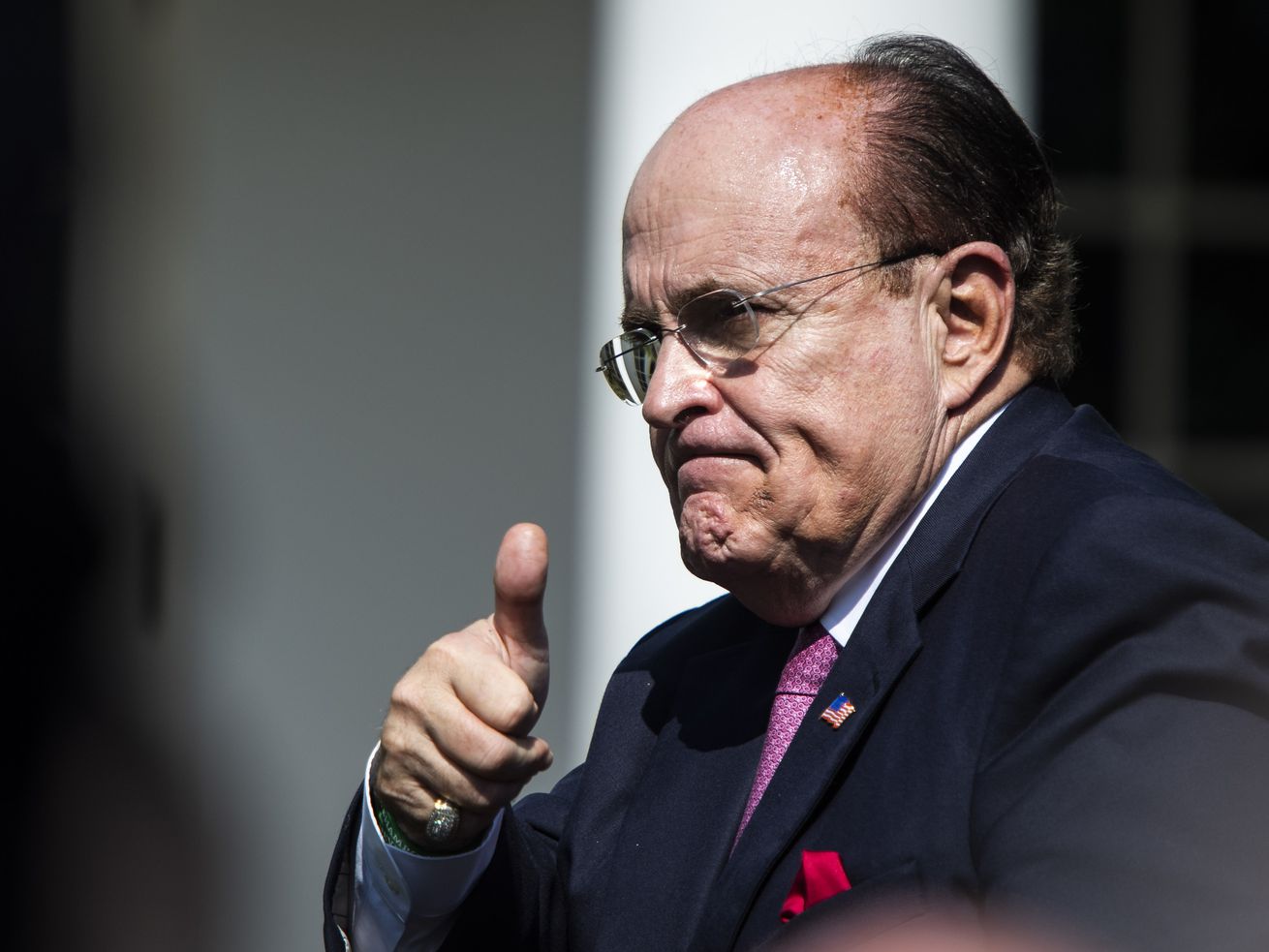 Giuliani actually admitted it on a phone call.

President Donald Trump’s entire impeachment mess began over his efforts to pressure Ukraine to investigate former Vice President Joe Biden’s family and Democrats with the help of his personal lawyer Rudy Giuliani. But even as an impeachment vote in the House Judiciary Committee loomed, both men continued to coordinate on Giuliani’s Ukraine efforts on behalf of his powerful client.

Giuliani recently returned from a trip to Kyiv this month in which he interviewed local officials to learn more about Hunter Biden — Joe’s son — and his time on the board of the Ukrainian gas company Burisma. He also wanted to prove the conspiracy theory both he and Trump believe — that Ukraine, not Russia, interfered in the 2016 presidential election.

After landing in New York last Saturday, according to the Wall Street Journal, the president called his attorney while the plane was still taxiing. “What did you get?” Trump asked, per the Journal’s Friday interview with Giuliani. “More than you can imagine,” the former New York City mayor replied, noting he would be putting his findings in a 20-page report.

One almost has to respect (while remaining appalled at) how brazen Giuliani’s admission is here. He’s openly telling the Wall Street Journal that his anti-Biden investigation in Ukraine continues, and that Trump is still interested in knowing about it.

What’s more, their call came three days after the House Judiciary Committee held a hearing with legal experts about the constitutional grounds for Trump’s impeachment, and just six days before the panel approved articles of impeachment against the president.

Giuliani reportedly visited the White House on Friday, perhaps to give Trump the briefing he requested on the trip. Trump also asked his attorney to tell lawmakers and Attorney General William Barr what he discovered in Ukraine, the Wall Street Journal reports.

Even as the lawyer’s friends tell him to lay low, the Journal notes, Giuliani argues he’s well within his right to continue pushing forward despite the opposition to his efforts, because his job is to defend his client.

But what this entire episode highlights is a president and lawyer tag-team unwavering in their anti-Biden crusade, even as Trump’s political future hangs in the balance. If the prospect of losing his job won’t keep Trump away from Giuliani’s Ukraine efforts, surely nothing will.

Of course, it’s unlikely to change much in terms of the impeachment process. Democrats remain committed to seeing Trump booted out of office, and Republicans remain just as committed to defending him.

Which means that Trump’s likely acquittal in the Senate would allow him to proceed working with Giuliani to dig up dirt on the Bidens that could help with his 2020 reelection campaign — indicating he learned absolutely nothing from this experience.