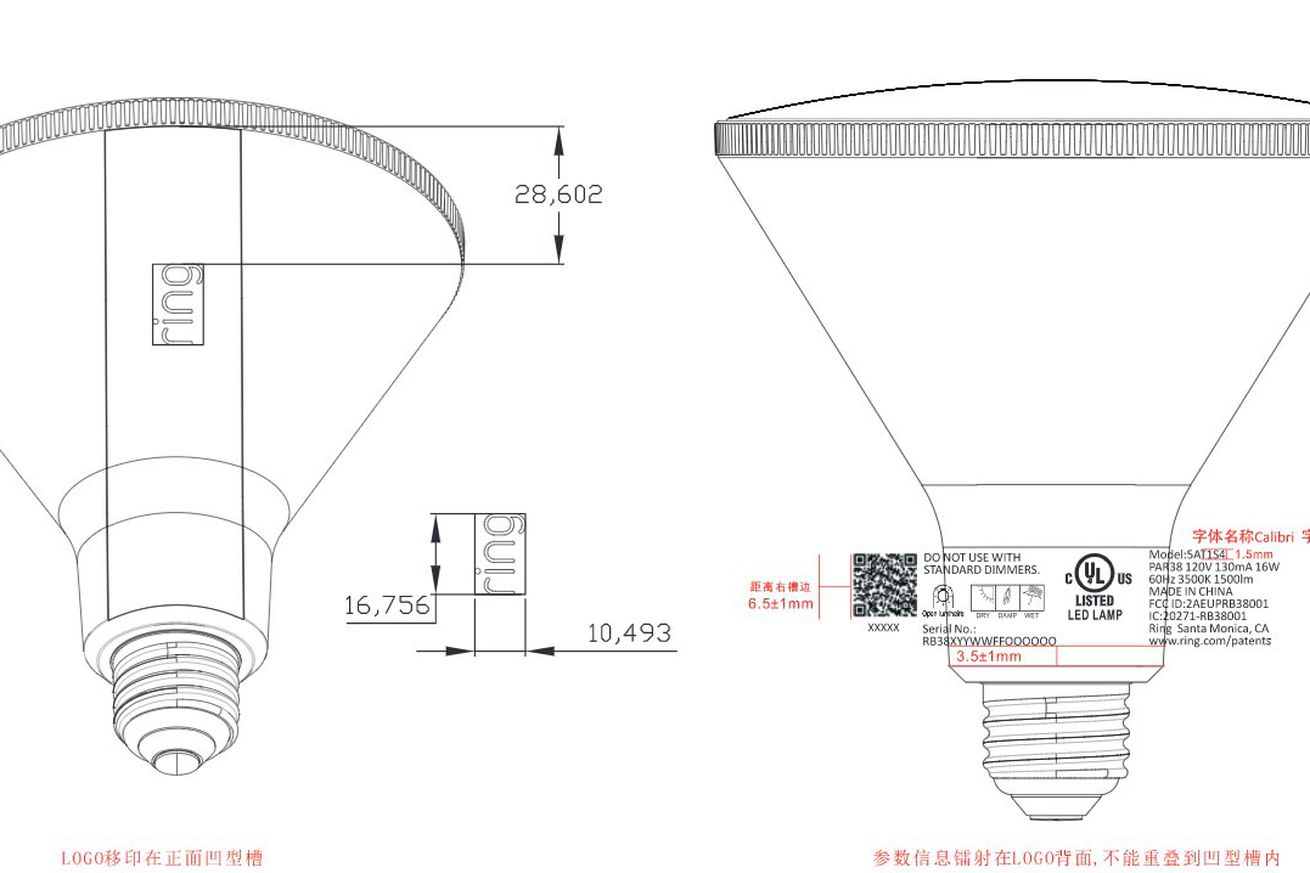 Amazon-owned smart home security company Ring makes a variety of smart lighting products. According to FCC documentation, the company is about to enter the replaceable bulb market dominated by companies like Philips Hue with a floodlight-style bulb, as spotted by tech writer Dave Zatz on Twitter.

There are not a lot of details on the new Ring light bulb, but the FCC filing does indicate that it’s got Bluetooth (which would make sense, given the “smart” designation). It’s not clear whether the new smart bulbs will feature some sort of built-in motion detector system or will simply rely on other Ring products for that.

Ring has previously made standalone lighting systems, though, like its floodlights and path lights, which feature integrated motion sensors and are designed to complement the company’s other security camera products. Those lights also need a $49.99 Ring Bridge accessory to link up with other Ring devices, but it’s unclear at this point whether the new smart bulbs will do the same.

The fact that Amazon is releasing the bulbs under the Ring brand — along with the floodlight-style bulbs — would seem to indicate that Amazon isn’t looking to directly compete with home lighting systems like Hue, at least for now. That said, once Amazon does start making smart bulbs, it’s easy to imagine that it might not stop at just outdoor, security-focused lights.

Amazon has yet to formally announce the new Ring bulbs, so there’s no price or release date yet, but with the bulbs clearing the FCC, it likely won’t be long until a more official reveal for the smart bulbs arrives.