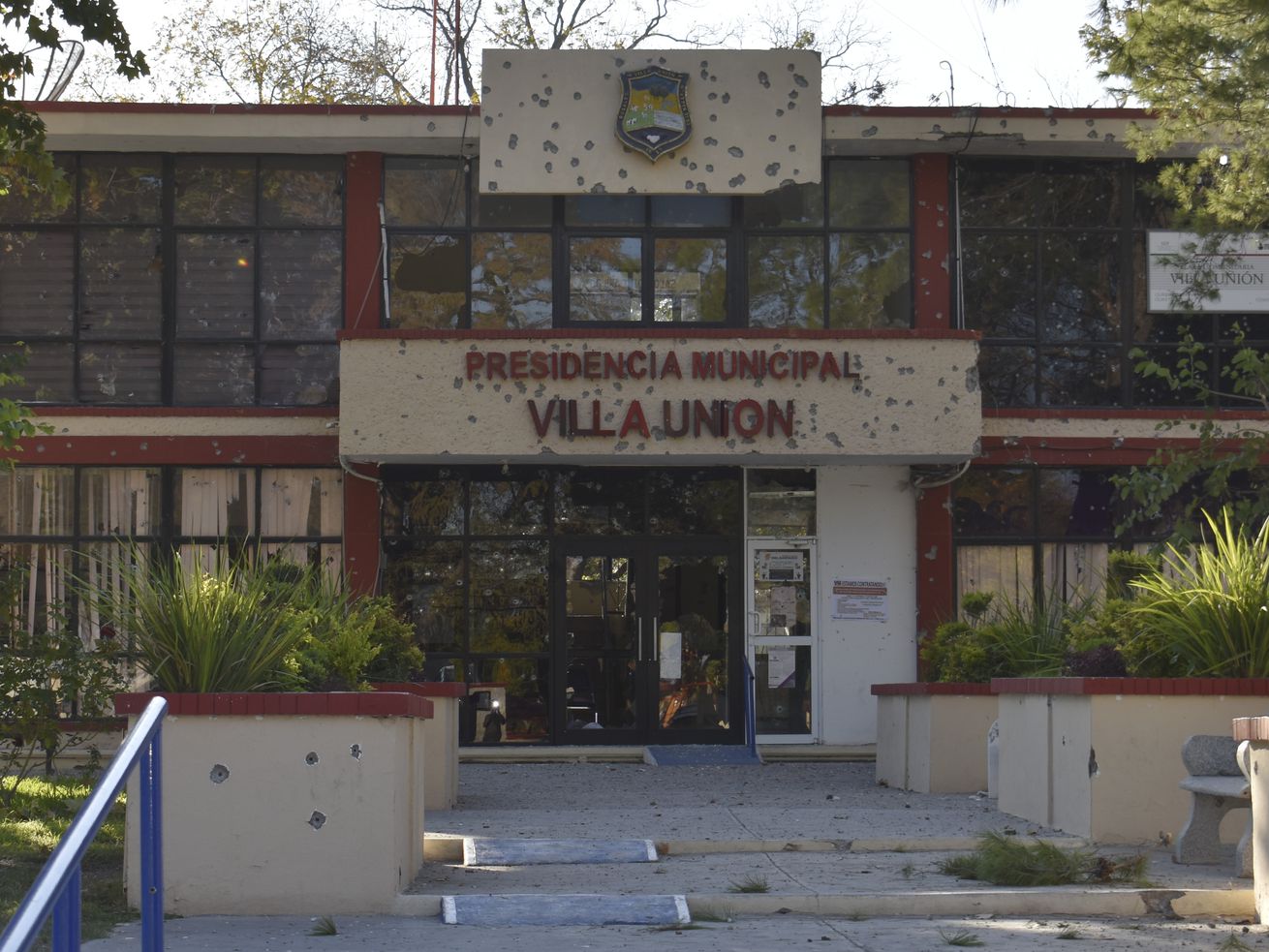 At least 21 people have died due to a battle between Mexican police officers and cartel gunmen, just days after President Donald Trump said that he planned on labeling Mexican drug cartels as terrorists.

Armed gunmen stormed Villa Union, a town near the Texas border with Coahuila state, on Saturday and attacked local government offices, including that of the mayor. Security forces responded, and 10 gunmen and four policemen were killed during the resulting shootout in the village. Seven additional cartel members were killed by security forces after the attackers fled.

The attack will likely fuel Trump’s argument for categorizing drug cartels as “foreign terrorist organizations,” just as groups like al-Qaeda, ISIS, and Boko Haram are classified. He has a history of seeing drug cartels as a major threat, and he often cites the cartels in stump speeches when speaking about the need to build a wall on the US-Mexico border. Trump’s latest position on the cartels, however, has alarmed a number of experts because it could give the president license to use US military force against the groups without authorization from the Mexican government.

Mexican President Andres Manuel Lopez Obrador has made it clear that he will not allow foreign intervention, and has offered to increase cooperation with the US on fighting drug gangs instead, according to Al Jazeera. His government already works with the US intelligence community and drug and law enforcement officials from the State Department to combat cartel violence.

“Since 1914, there hasn’t been a foreign intervention in Mexico and we cannot permit that,” Lopez Obrador said at a regular news conference on Friday. “Armed foreigners cannot intervene in our territory.”

Things, however, aren’t looking great for Lopez Obrador, who was elected into office in 2018 in part on a platform of cracking down on cartels. Murders are at a record high rate, according to the Los Angeles Times: there have been 29,414 homicides so far this year in comparison to 28,869 in the same period of 2018 — which was already considered an all-time high.

Attorney General William Barr is supposed to visit Mexico next week to discuss joint security efforts. With these numbers, Trump’s plan, and the most recent gun battle in Villa Union fresh in everyone’s memory, all eyes are on what will come out of his meeting with Mexican officials.

Although Trump has long pointed to Mexican drug cartels as a problem, they resurfaced as a key issue for him after gang members killed and ambushed a US Mormon family traveling northern Mexico on November 5. Six children and three mothers died.

“This is the time for Mexico, with the help of the United States, to wage WAR on the drug cartels and wipe them off the face of the earth,” Trump tweeted following news of the ambush.

Trump was also likely encouraged to intervene after the Mexican government failed to detain El Chapo’s son, Ovidio Guzmán López. Although the notorious drug lord’s son was captured on October 17, the police released him shortly after they were ambushed by other gang members.

By categorizing drug cartels under “foreign terrorist organizations,” the US will be able to sanction those who support the groups, deport members in the US, and bar associates from entering the country. It could also open doors to the US military using force against the cartels. And although reclassifying cartels as terror organizations doesn’t automatically authorize the president to launch overseas military operations, many are worried that Trump could attempt to push the limits.

It’s also unclear how effective this designation actually would be. The cartels are well funded and well established, and as Vox’s Alex Ward reported, many Mexicans see cartel violence as a problem created by US policy:

“There is no political will in Mexico to invite US troops in. It is both an issue of nationalistic pride and an understanding in Mexico that what fuels drug cartels are weapons sold to them in the United States and drugs consumed by Americans,” Jana Nelson, a Mexico expert at the Wilson Center think tank in Washington, DC, told me. “From the Mexican perspective, the root cause of violence is on the other side of the border.”

“Cutting the cartel’s access to military-grade weapons, bought in the United States and smuggled into Mexico, is an effective way to limit the their firepower,” Nelson continued. “Intelligence coordination between the Mexican and the American government for operations against the cartels is also effective, especially when using the Mexican Navy for operations, which is less likely to tip off drug cartels.”

It is unlikely that Lopez Obrador will ever be on board with a US military intervention, partially because it would mean the death of his political career. With rising homicide numbers in Mexico and the issue of border security being one that animates his base, it also seems unlikely that Trump will back down anytime soon.